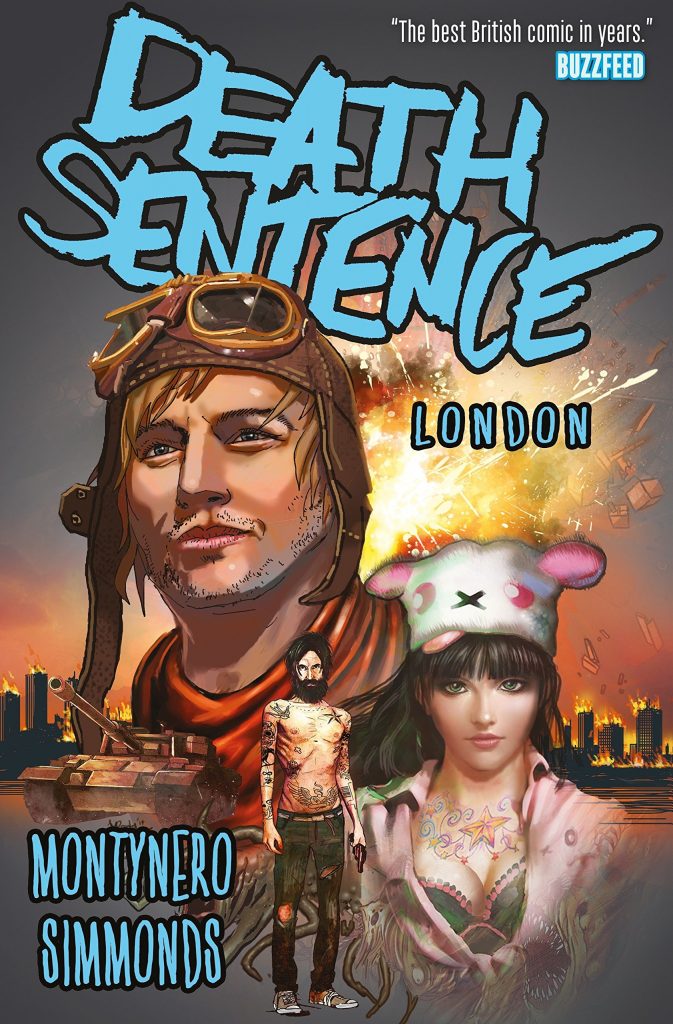 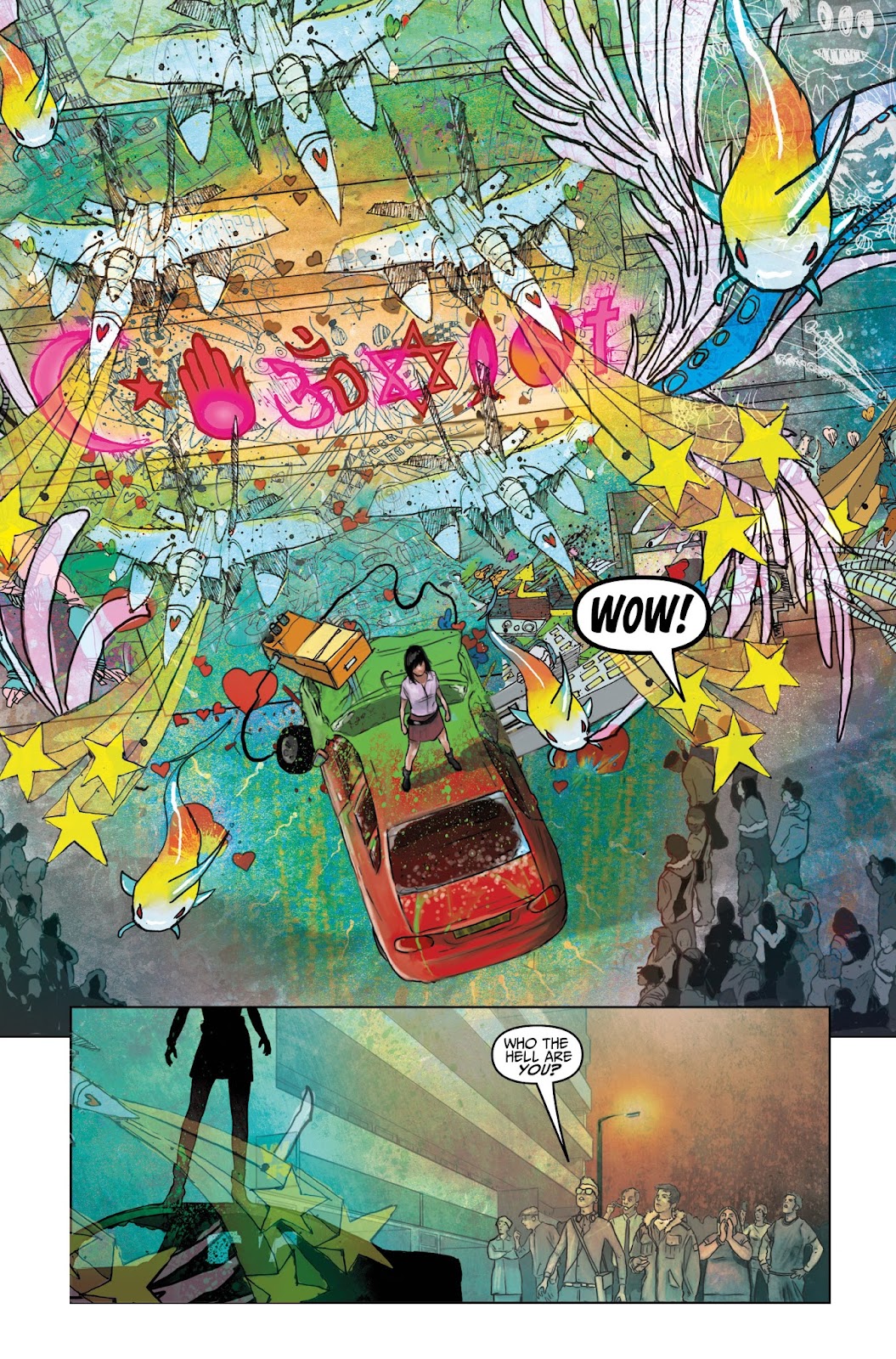 The first Death Sentence from Monty Nero was a ferociously effective satire on modern attitudes. Something that good was bound to be tried again and Death Sentence: London – illustrated now by Martin Simmonds – is the continuation.

In the World That’s Coming a sexually transmitted disease known as G+ is spreading rapidly through the population. It is invariably fatal and kills in six months. For that length of time, however, the victim “suffers” from increased vigour, stamina, sex drive and even develops super powers. The true extent of the threat only became apparent to the public after media darling, affirmed libertine and proud G-Plus carrier David “Monty” Montgomery used his exponentially-expanding psychic powers to shocking effect.

Britain’s bosses had been aware of the growing crisis and had tasked its shadowy Department of National Security to deal with it. The usual tactics of murder, blackmail, disinformation and cover-ups proved ineffective, however, and soon something else was considered. After Death Sentence’s explosive finale only sybaritic, self-destructive Weasel remains a threat until the disease finally kills him.

In the meantime, on a remote Scottish island, a very nice old lady runs a vast secret base beneath the heather where she and her team toil away with no sense of scientific niceties – or ethics – as they strive to find a cure for G+.

The story resumes with Weasel riotously fêted by the metropolitan populace whilst über-ambitious Old Etonian London Mayor Tony Bronson seethes and schemes. There’s a power-vacuum in the country, and he’s not about to let anyone else fill it… especially some oikish, pox-ridden musical miscreant.

An ocean away, undercover Fed Jeb Mulgrew is closing his latest case when everything goes tits-up after his targets display out of control super-powers. Luckily his keenly-observing back-up team are equipped with the latest horrific innovation in anti-G+ ordinance.

At City Hall, Tony’s latest opportunistic sound-bite does nothing to slow the looting tearing up the remainder of London; much of it seemingly orchestrated by new dissident movement the Invaders. The spreading violence even reaches a nearly deserted fast-food franchise where an armed robbery is foiled, giving first notice that perhaps someone isn’t as dead as presumed.

What continues from there is another bombastic, hilarious, filthy satire with the targets relatively obvious and suitably lampooned. Death Sentence: London is an uproarious adult fairytale blending superhero tropes with outrageous cheek, deliriously shocking situations and in-your-face irreverence. But, while good, it’s nowhere near as great as before.

As before, buy it, read it and spread it around to anyone you fancy… and maybe some you don’t… 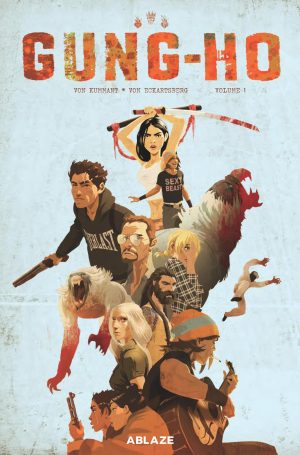