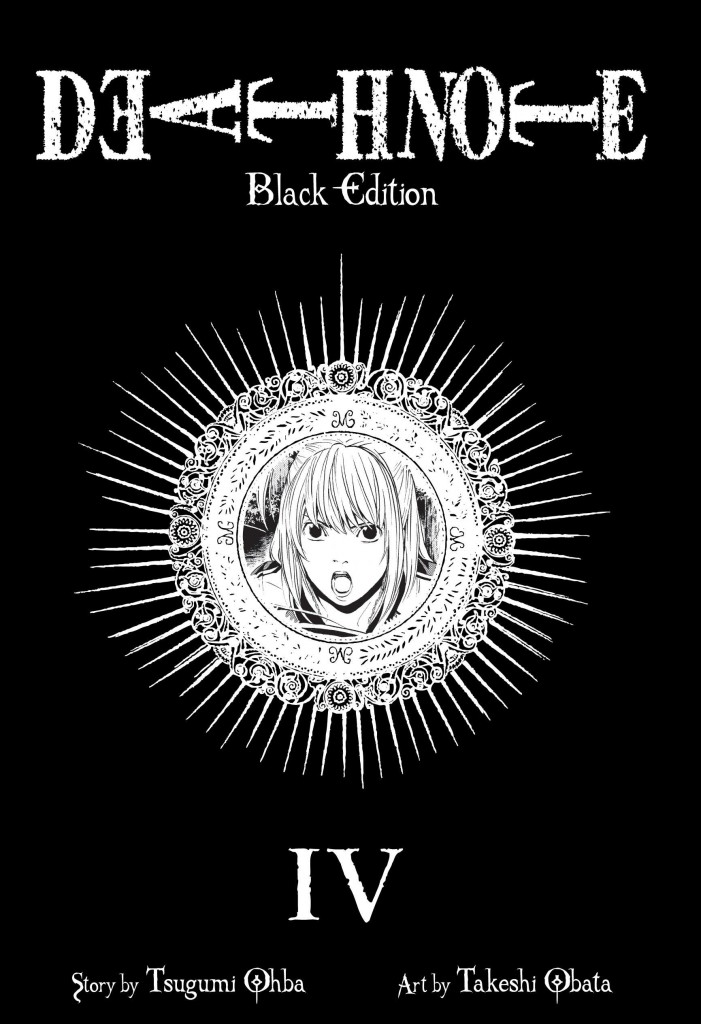 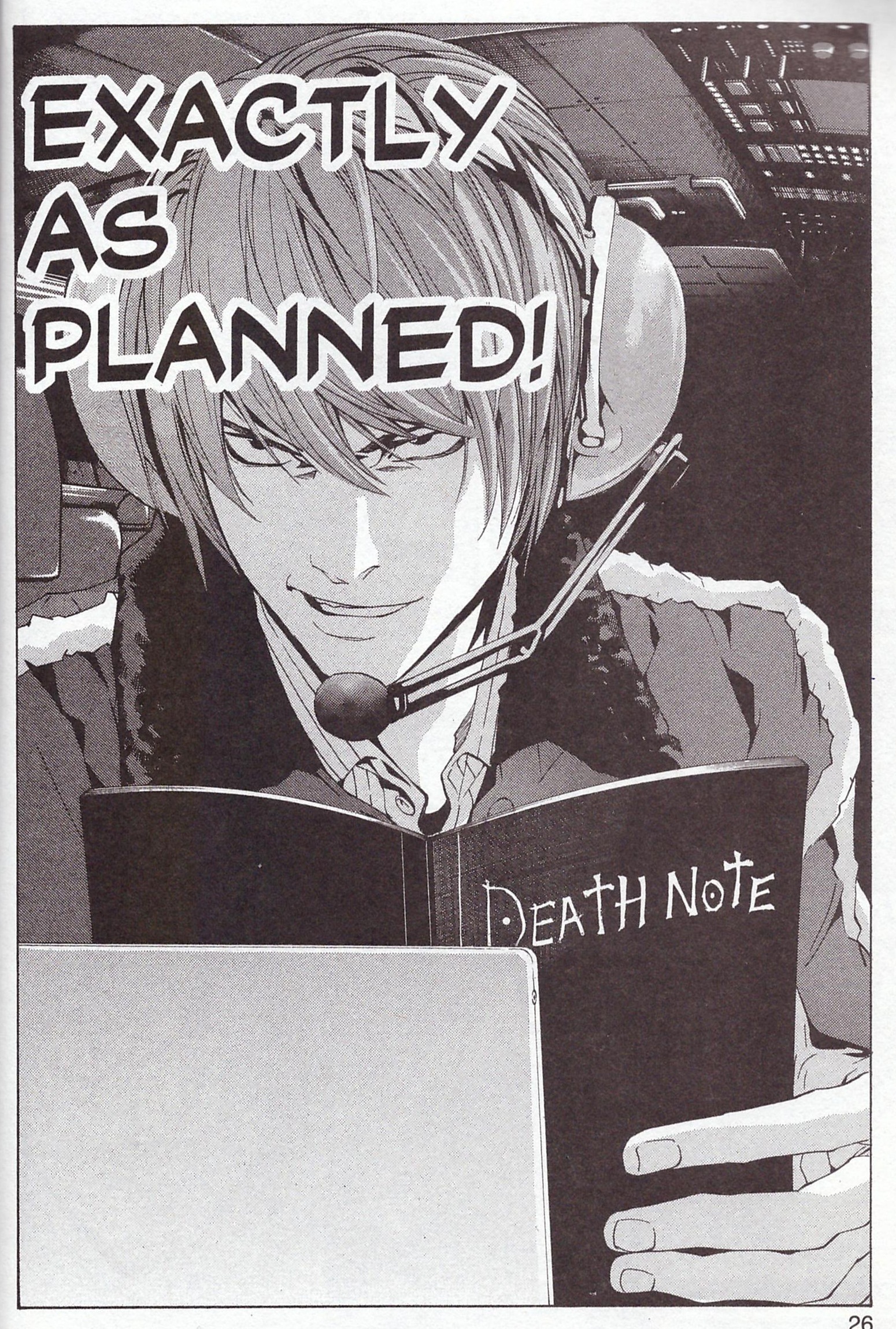 The opening pages of this book are the boundary crossing guiding us past the halfway point of this epic thriller. A lot has happened since Tokyo student Light Yagami retrieved what he thought was a lost notebook in Black Edition I. During the course of the material presented in the third Black Edition writer Tsugumi Ohba completely reconfigured the series, and he does so again in this graphic novel. The remarkable aspect is that this occurs entirely naturally given the criteria already explained, yet never in a predictable or obvious manner. Surprise follows shock follows surprise, and midway through the book we suddenly jump forward four years.

At that point Yagami, otherwise the anonymous killer known as Kira, considers everything is proceeding to his satisfaction. He even permits himself a smug moment of self-congratulation: “The world where everyone acknowledges Kira as their God is just around the corner”, but he discovers there are actually a few corners still to be turned.

Early in this book possibly the sole predictable story element to date occurs as Yagami once again comes into possession of a Death-God or Shinigami’s notebook. We almost immediately learn that this is an event he plotted. His power comes not just from owning a notebook ensuring the death of anyone whose name is written in it, but his extraordinary intellect. He’s been able to outwit anyone he’s come across, and continues to act with impunity, but by the book’s end he’s playing a very dangerous game with two opposing parties, each of whom is his intellectual equal. A lot scenes are Yagami rationalising, plotting and second guessing, yet Death Note never loses its addictive quality.

For a considerable amount of the series artist Takeshi Obata has been restricted to illustrating the interiors of offices, hotel rooms and houses, as that’s where by far the greatest proportion of this cerebral and psychological thriller has taken place. In this book there’s a bit of a release. There are action sequences, the spotlight moves from Japan to the USA and there are several scenes set in the realm of the Shinigami. For all their fearsome appearances, they’ve been a resolutely passive bunch to date. Obata’s a remarkably reliable and disciplined artist. His consistency is astonishing considering so much of the book is illustrating the same few characters again and again, mostly with head shots.

You could buy this content as the smaller format paperbacks Death Note 7 and 8, but this slightly larger format book is better value, as is the next combining the following two smaller books. If you’d prefer the entire Death Note story in one massive book, there’s also the All In One Edition.