Death Note All In One Edition 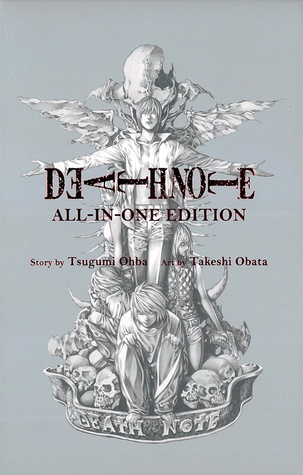 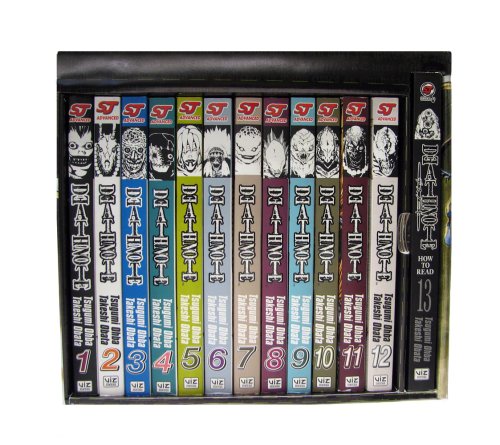 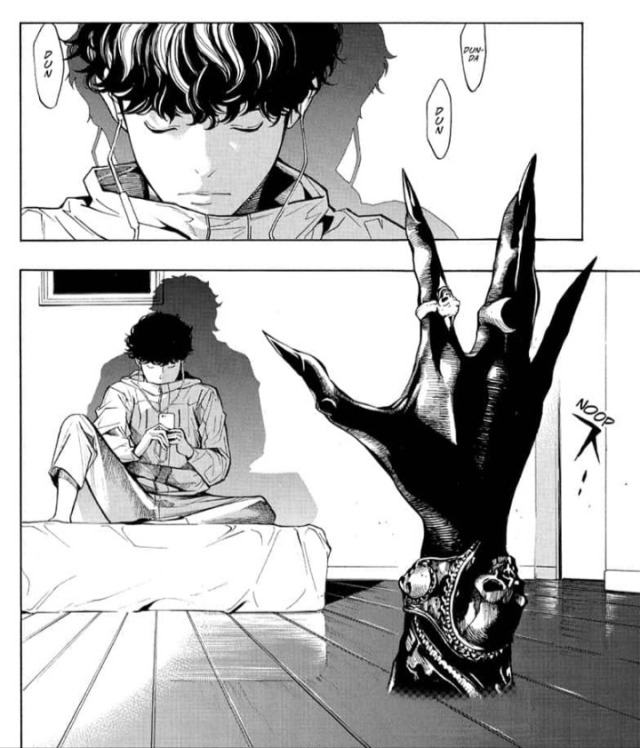 Death Note is such an incredible page-turning thriller that to have all 2400 of those pages in a single edition makes perfect sense, and there are two different formats. There’s a slipcase box with a carrying handle containing all twelve original translated volumes plus bonus material contained in the Black Edition reprints, and a massive single volume. That’s at a no quibble cover price considering the sheer volume and slipcase packaging, while a never previously translated 44 page epilogue provides extra inducement to upgrade from the original twelve volumes in small paperbacks or the larger format six volume Black Edition collections. However, the good news for anyone who may feel cheated at having to buy this to acquire the new material is that it’s available for free if you sign up to the Viz website, and it’s not essential if you’re only interested in the cast from the main series. Yes, it’s by writer Tsugumi Ohba and artist Takeshi Obata, but the only character to return in a significant way is Ryuk, the Death-God or Shinigami, back with a new Death Note journal to tempt a new smart kid as seen in the sample art. In passing we learn of Kira, Ohba cleverly noting why his original plot would no longer work. “There’s a security camera on every street corner now, and in every train car. Cars and buses have dashcams”, explains Ryuk, “and they’re more sophisticated at investigating cybercrimes”, adds Minoru Tanaka, already flattered and tempted. As with the main story, there’s a compulsive hook and a neat twist.

That original story is compelling. The idea is that Ryuk provides a notebook to a human. Anyone whose name is written in that book will die, within forty seconds of a heart attack unless a specific time and cause of death is also noted. As the story continues more rules and conditions become apparent, one being that Ryuk is only visible to someone who’s held his notebook. The first user is Light Yagami, a cold and analytical student used to earning top grades, and his initial plan is to rid Earth of threats. However, as the story continues Yagami is easily compromised, adopting the anonymous identity of Kira, but instead of being a saga of continuing deaths, Ohba transforms it into a deductive mystery. His most remarkable trick, however, is completely transforming his story on a regular basis, continually diverting it from expectation and via the ethical background constantly challenging the reader’s own principles.

Part of that is testament to Obata’s artistic skill, as the locations are limited, and time and again he has to draw interiors and ensure the scenes set within them look as interestingly as they read. It’s a real catharsis for him when there’s the opportunity for an action sequence, and he really cuts loose.

There’s not a point where Death Note ever becomes dull or formulaic, but it does slow down slightly over the final third, although the finale that’s built toward is so tense and thrilling that compensation is provided. It should also be noted that the overall standard is so high that even during the slower moments Death Note remains a solidly cerebral thriller. If you’ve not read it before and have heard only good things, this is a desirable and affordable compilation.