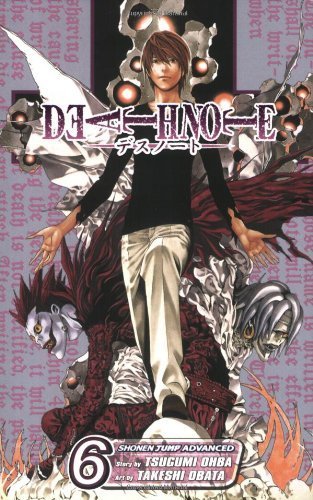 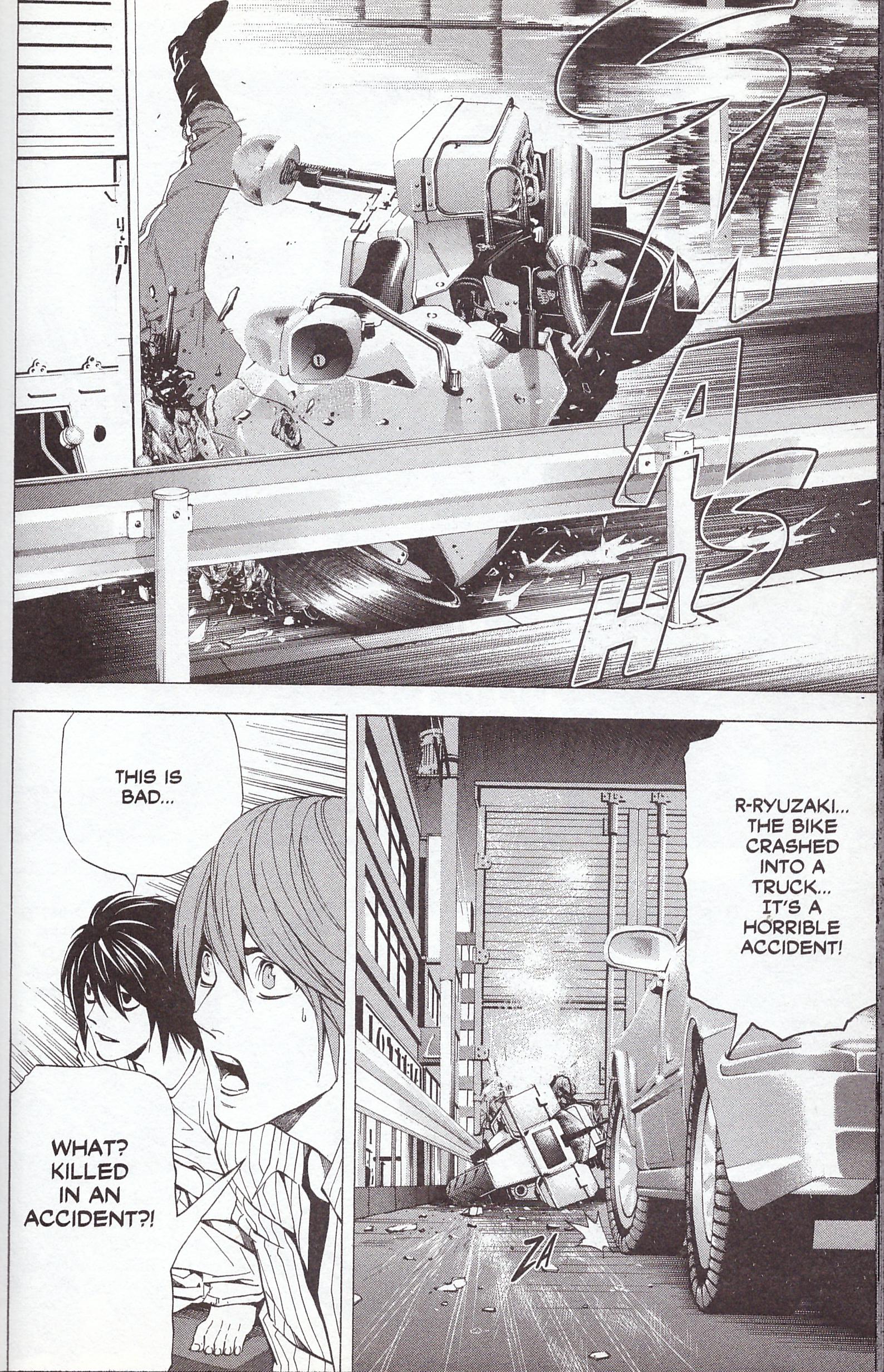 The previous book ended on a whimper as investigator L and his squad prepared to watch a meeting held at the Yotsuba corporation in Tokyo via spycam. It’s hardly the compulsive page turner, yet it completed the best book in the series to date, in which Tsugumi Ohba completely switched the focus of Death Note.

As matters stand exceptionally bright university student Light Yagami is now working alongside his former police chief father as part of L’s task force, determined to bring to justice the anonymous random killer christened Kira by the media. There’s been a shift in focus as Kira is now apparently no longer killing murderers, but financial executives whose demise benefits the Yotsuba corporation. L’s squad have narrowed the suspect down to one of seven Yotsuba executives. “Who shall we kill for the further advancement of the Yotsuba Group?” is the distinctly chilling opening to the meeting.

While looking in on what, in effect, is a board meeting may not seem scintillating, Ohba uses the event as a means of introducing a fine ethical point of principle regarding whether any deaths are acceptable in relation to the greater priority of isolating and capturing Kira. It’s far from the sole moral issue up for consideration, as in some ways Ohba has hit the reboot button. However, he’s done this having revealed a significant amount about the way the death notebook operates and the rules governing this. It also involves the Death-Gods, owners of the notebooks, in a fascinating way involving a shift in their behaviour. Equally fascinating is the tortuous strands Ohba weaves whereby some cast members know facets of what’s taking place while others remain ignorant, and there are credible reasons for them remaining so.

A complaint about the series to date is the sidelining of women. That’s still the case, with one having a bearing on proceedings despite barely being seen, but Ohba has added considerable depth to Misa, not before time as previously ‘bimbo’ would have been an accurate description of her one-note personality. It leads to the greatest tension within the book, but there’s also an extremely suspenseful final couple of chapters in which L and allies appear to have the upper hand.

The drawback of the plot taking an abrupt turn is that the new direction greatly restricts Takeshi Obata’s drawing. He’s limited to a few locations throughout this book, all of them internal until the final chapter when he’s able to let loose again.

Once again, this is a compelling and thrilling drama where the tension just keeps escalating, exploited in various forms throughout the book. It’s difficult to imagine the person starting Death Note, then tossing it to one side with a “meh, not for me”. By the final pages the ground has shifted again, and Ohba’s successfully re-focussed the impetus.

This story, or these segments to be precise, can also be found within the third larger sized Black Edition, where they’re combined with the next book.