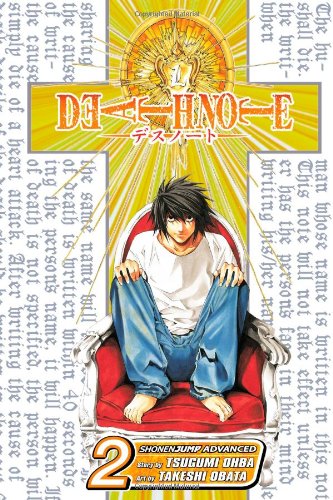 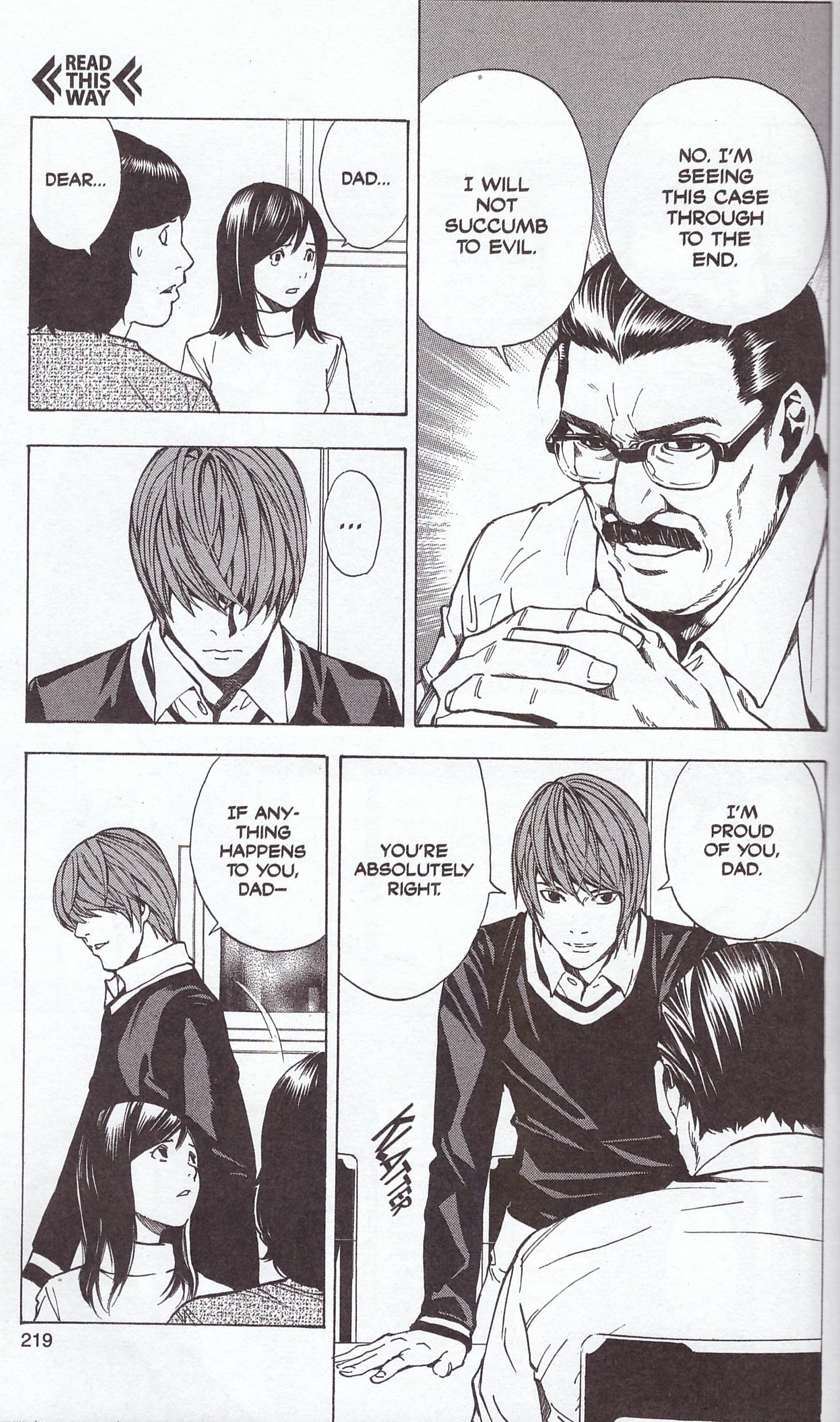 Straight A student Light Yagami has come into possession of a notebook passed down by an other-dimensional Death God named Ryuk. Yagami can write the name of a person, and if he chooses, a form of death, and that death will occur as written provided that method is feasible by the physics of our world. In the opening book Yagami decided his purpose was to make the world a better place, killing dozens of murderers, and would-be murderers. This drew the attention of both an online audience who refer to him as Kira, and the authorities worldwide. Interpol has set their special operative L on the case, and they’ve already deduced Kira’s location and several other facts about him and his methods.

This second volume opens with Yagami convinced he’s allayed any suspicions of his being Kira. Writer Tsugumi Ohba is playing a very interesting game himself. He started out by depicting Yagami as teenager with a moral backbone genuinely wanting to improve humanity, but corruption has occurred rapidly as Yagami arranges the demise of a dozen FBI agents seconded to Japan to investigate the mysterious deaths. It’s also left him open to a threat he didn’t forsee. One of those agents had a Japanese fiancé. She’s a former FBI agent herself, and she’s tenacious, cautious and has the most personal reason to want to see Kira dead.

Whereas the opening book was very much about Yagami and his death notes, he plays a far lesser part in the first half of this continuation, which concentrates more on the now dispirited task force set to catch him. Super sleuth L is revealed, and tactics switch.

Ohba pulls a very neat trick, switching the source of the tensions entirely from the opening volume. There the suspense derived from the authorities possibly closing in on Yagami for doing something many of us might consider if given the opportunity, but here the line has been crossed. The narrative tension is caused by fear for those now becoming his victims as he covers his tracks. “Why isn’t happening the way I wrote it?”, he wonders, calculatingly cool about dispatching yet another innocent.

Again, Takeshi Obata is excellent. It’s now apparent that certain locations will be seen repeatedly, and these have been well designed from the start to ensure consistency, but the real trick is to draw them over and over again without ever rendering them boring. One aspect rankles. When L is revealed they’re extremely young with the androgynous sexuality so common to Manga. It plays into the styles of Japanese comics, but to Western eyes it reduces the credibility of someone police forces across the world turn to when they’re stymied by a crime. It would work with the position of a forensic data specialist, but with the authority L has, his appearance fails to convince.

That, however, is a minor caveat for what remains a page-turning crime drama of the highest order. While available in a small pocket sized format, this content is also combined with the first book for the bulkier Death Note Black Edition Volume 1.