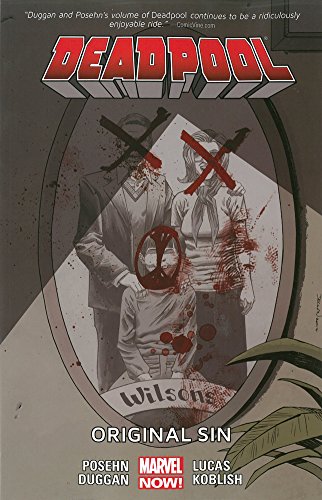 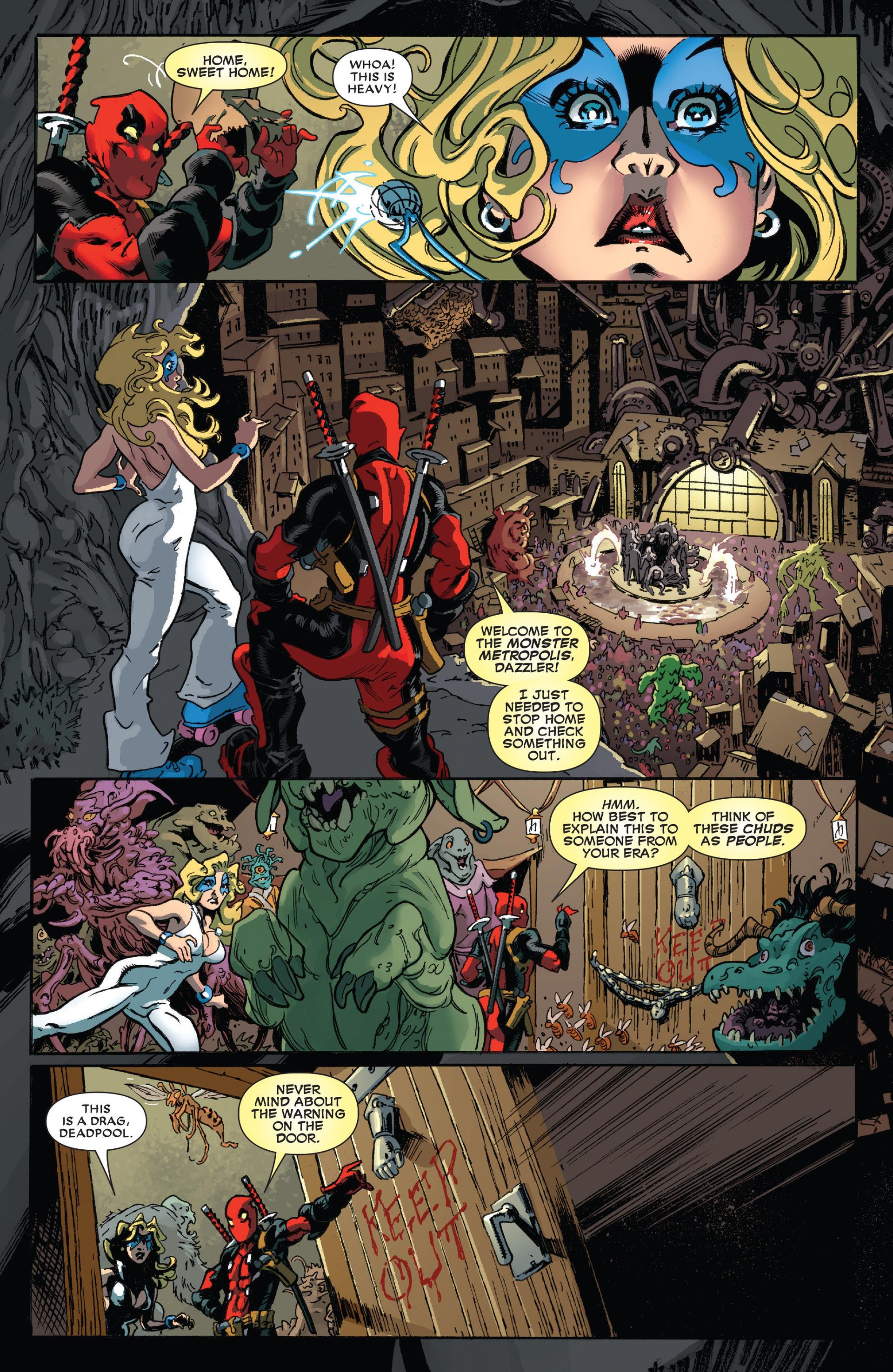 Most people wouldn’t consider filching their bride from Dracula, but this is a Deadpool graphic novel after all. Dracula’s not one to let it lie, and the opening chapter sees vampires attacking far and wide. Deadpool’s aware that vampires can’t survive in bright light, and there’s a mutant whose ability is manipulating light. For everyone who’s hoped and prayed over the years for a Deadpool and Dazzler team-up, writers Gerry Duggan and Brian Posehn grant your wish.

The writers have been very good over this series in switching the tone from Deadpool’s default setting of wacky to something altogether more serious, and The Wedding of Deadpool moved the plot forward a little regarding Deadpool possibly having a daughter who survived her mother’s murder. This stretches back to events detailed in The Good, the Bad and the Ugly, and the fact of the matter is he does have a daughter. There had previously been some doubt. It’s left to S.H.I.E.L.D. agent Preston to follow this line of enquiry. In the series to date she’s been a sympathetic, but hampered presence. That’s changed, and for the first time we see her really let loose.

John Lucas draws this story arc erring on the side of cartooning in preference to the psuedo-realism that’s been the look to date. It’s quite appealing, having something of Frank Robbins about it, but because it’s not consistent with the established look it seems somehow wrong.

The reason for the title of Original Sin is that some events are prompted by Marvel’s 2014 summer crossover series, but beyond some clever acceleration of information being passed on there’s very little connection as Duggan and Posehn wisely swerve further involvement. That said, like the earlier Deadpool vs S.H.I.E.L.D., this is a book where the plot stretches too thin. It begins as one story, morphs logically into another, and resolves neither very satisfactorily. All villains involved are little more than cannon fodder, the writers appear to have worked themselves into corner by having Deadpool married, and the ending makes no sense to anyone not familiar with the X-Men cast.

It’s the coda that’s the highlight of this collection, another star turn by Scott Koblish illustrating a story as if a Marvel comic of the past. It’s interesting, as instead of the jokes stemming from parodies of the era as previously, the art instead parodies the comics of the time. Plenty of early 1990s Marvel comics featured ridiculous art of this nature presented for real. Bizarrely, it’s excellent, with Duggan, Posehn and Koblish producing a real tearjerker of a tale in this distorted fashion. It sets the mood for Axis.

This content can also be purchased in print along with the entirety of Duggan and Posehn’s run as Deadpool by Posehn & Duggan Omnibus, or collected in hardcover along with The Wedding of Deadpool as Deadpool by Duggan & Posehn vol 3.