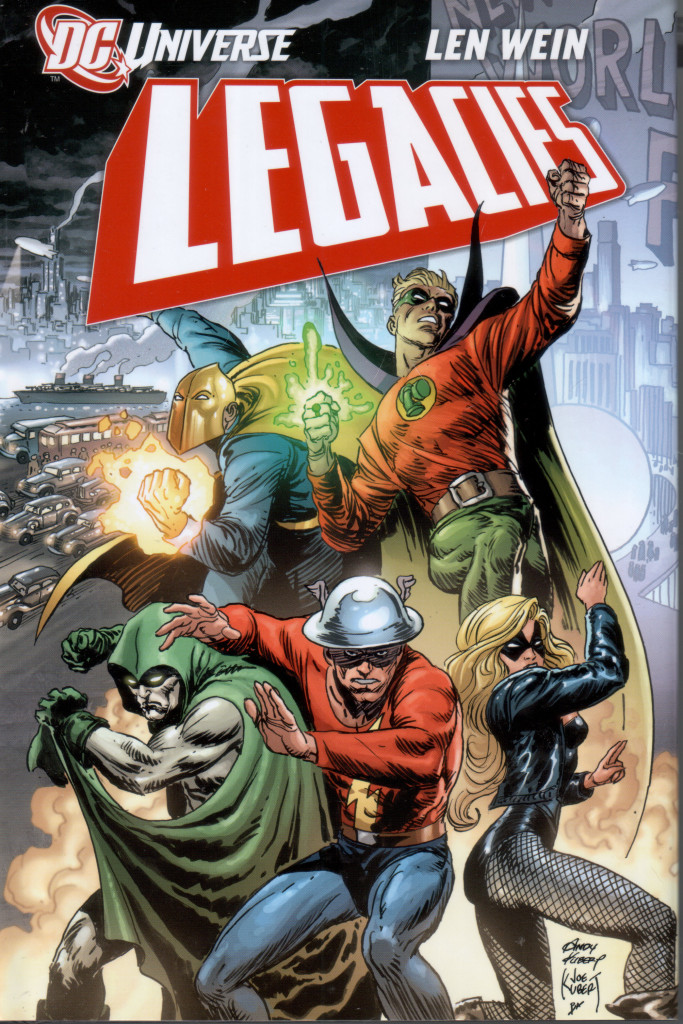 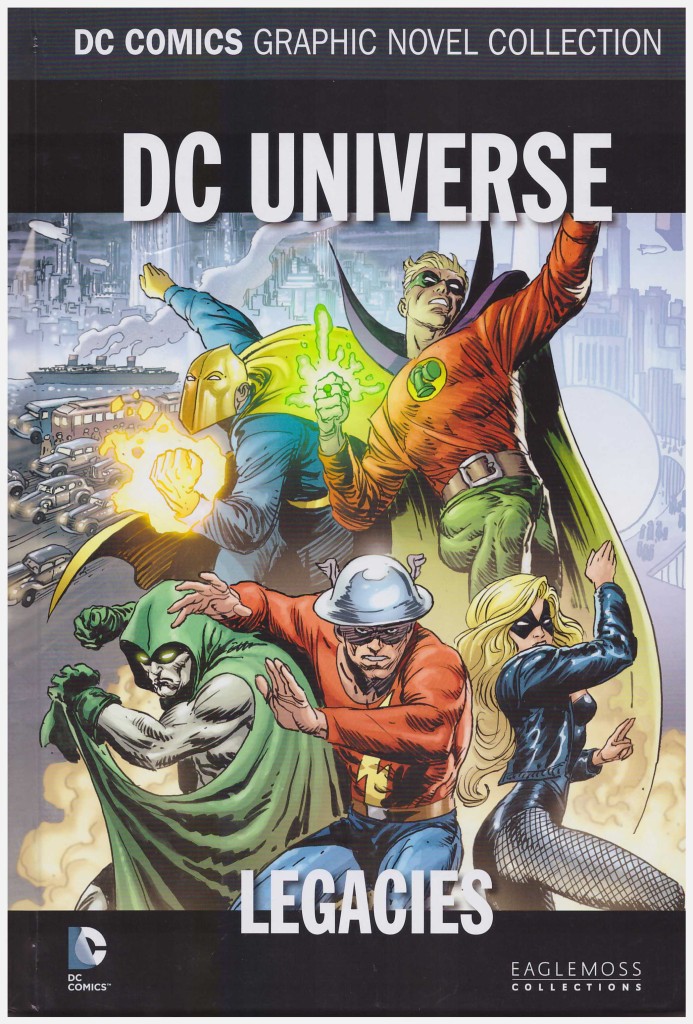 The day he personally witnessed the Crimson Avenger in action in the 1930s began Paul Lincoln’s lifelong fascination with superheroes, and in the company of assorted artists Len Wein’s graphic novel tells the story of how those superheroes shaped the times. It’s filtered through Lincoln perusing his accumulated collection of magazines and newspapers.

It’s a loving homage produced in the dying days of a DC Universe whose coherence was soon to be irreparably damaged by marketing led relaunches and revisions. The book is a repository of recreated iconic images, while each chapter relates a contracted version of a fondly recalled tale from DC’s long history, placing it in contemporary focus. Some elements of that history are recontextualised, for instance relegating the adventures of many of DC’s Western characters to TV shows. Another is how Lincoln’s life and progression is mirrored by that of his childhood friend, who takes a very different path.

One matter Wein handles extraordinarily well is the charming surprises for anyone with an in-depth knowledge of DC’s universe. It makes no overall difference to understanding that Lincoln’s police partner is John Jones, but many readers will recognise the first identity adopted by the Martian Manhunter. There are other such pleasantries.

Artistically this is mixed bag. Top rank professionals are used throughout, each chapter featuring a brief back-up enabling the likes of Brian Bolland or J. H. Williams III to contribute (both spectacular) but a few were no longer entirely the artists fans loved. This comment doesn’t just apply to the older generation. Scott Kolins’ sketchy introductory pages are completed by the colouring of Mike Atiyeh, and they’re staid and dull rather than wistful and evocative. Equally, some artists remain at the top of their game. It’s lovely to see a couple of chapters of José Luis García-López’s precise natural elegance, for instance. See the sample page and gasp.

It’s assumed artistic licence is required for Lincoln’s intimate knowledge of events about which he ought to know nothing, but Wein deals well with that. The dialogue, most frequently in the later stages, isn’t as easily glossed over. Batman fighting Bane is about the exclamative worst, but it’s hardly the only example. The wonder also deteriorates as the book continues, and Wein is compelled to datacheck every annual DC crossover since the 1980s, or so it seems. Moving from human stories to the vastness of an annual cosmic threat undermines what appeared the original intention and spirit as the human interest dissipates. It could be seen as one vast comment on the destruction of innocence in the comics industry, a theory underlined by the downbeat dangling ending. At least for those who know Infinite Crisis. There’s a presumption that we do, but the ignorant will wonder why it dangles.

Comparisons between DC Universe Legacies and Marvels were and are inevitable. They share the structure of an ordinary person’s experience of a world populated with heroes, and Legacies surely wouldn’t have existed without Marvels. The differences in approach about equal the similarities, the biggest departures being that Lincoln’s experience is largely second hand and the use of numerous artists. Ultimately, however, DC Universe Legacies is a far less consistent and enjoyable work.