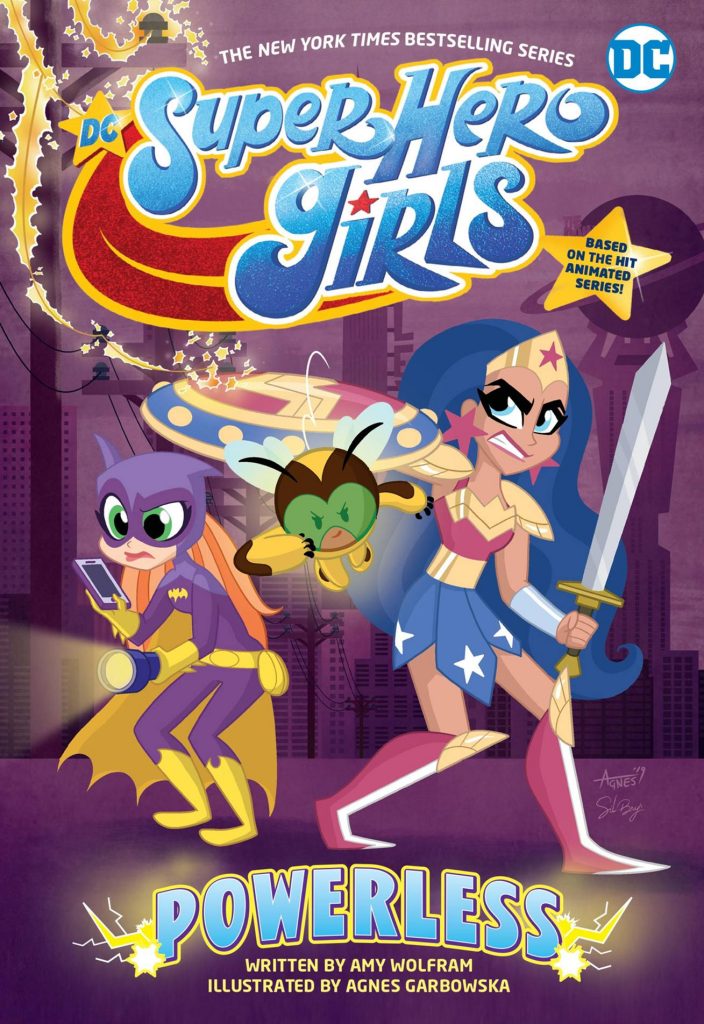 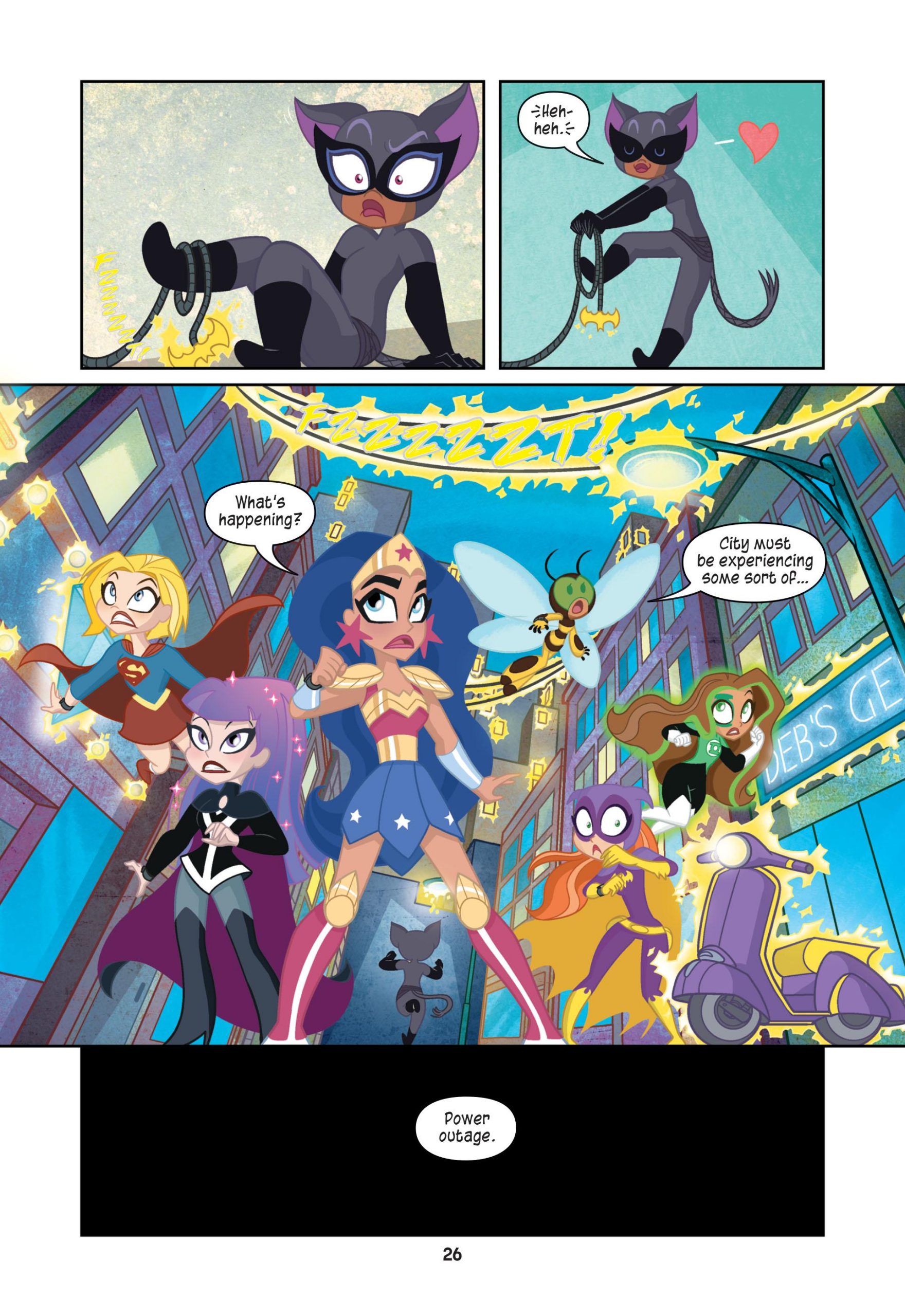 Powerless is unusual for a DC Super-Hero Girls graphic novel as it’s the normal length, but only broken down into six chapters. As the series is aimed at a younger audience unlikely to read the entire book in one sitting, stories have previously been broken down into shorter bites. Perhaps it’s consideration that the audience that started reading the earliest books in 2016 are now a little older.

Amy Wolfram’s story isn’t about the characters losing their super powers, but a power outage throughout Metropolis as seen beginning on the sample page. Although the others miss their communication devices, the lack of power affects Batgirl more as the most technologically minded of the girls. All of a sudden almost all her devices no longer work, resulting in walking her scooter back home, and later she’s seen puffing away on a bicycle. However, in a clever twist she’s not the worst affected.

Agnes Garbowska has contributed to other DC Super Hero Girls outings and here draws the entire story in her charming, open manner. The girls all look like their animated versions, and Garbowska’s big-eyed and brightly coloured cast should have a great appeal to a young audience.

There’s a brief cameo for the Tween Titans, possibly inevitable from a writer who’s contributed to the Teen Titans Go! TV show, and a clever solution as to why the power is off in the first place, along with an even neater solution to having it restored.

Powerless is a fun outing, and ends with a preview of the next DC Super Hero Girls graphic novel, Weird Science.