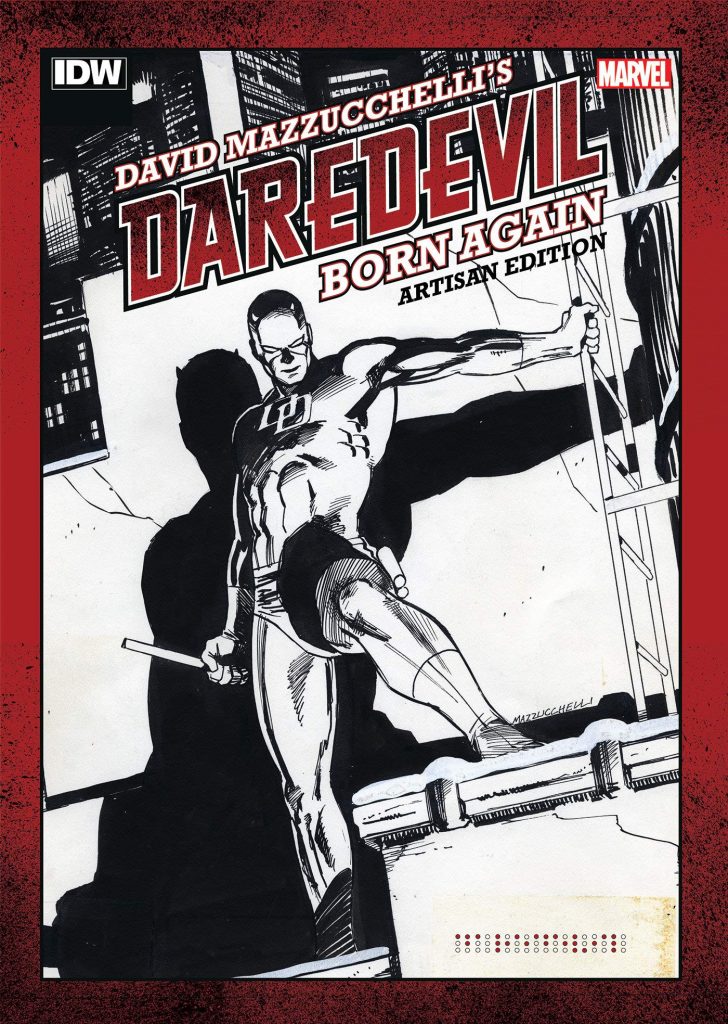 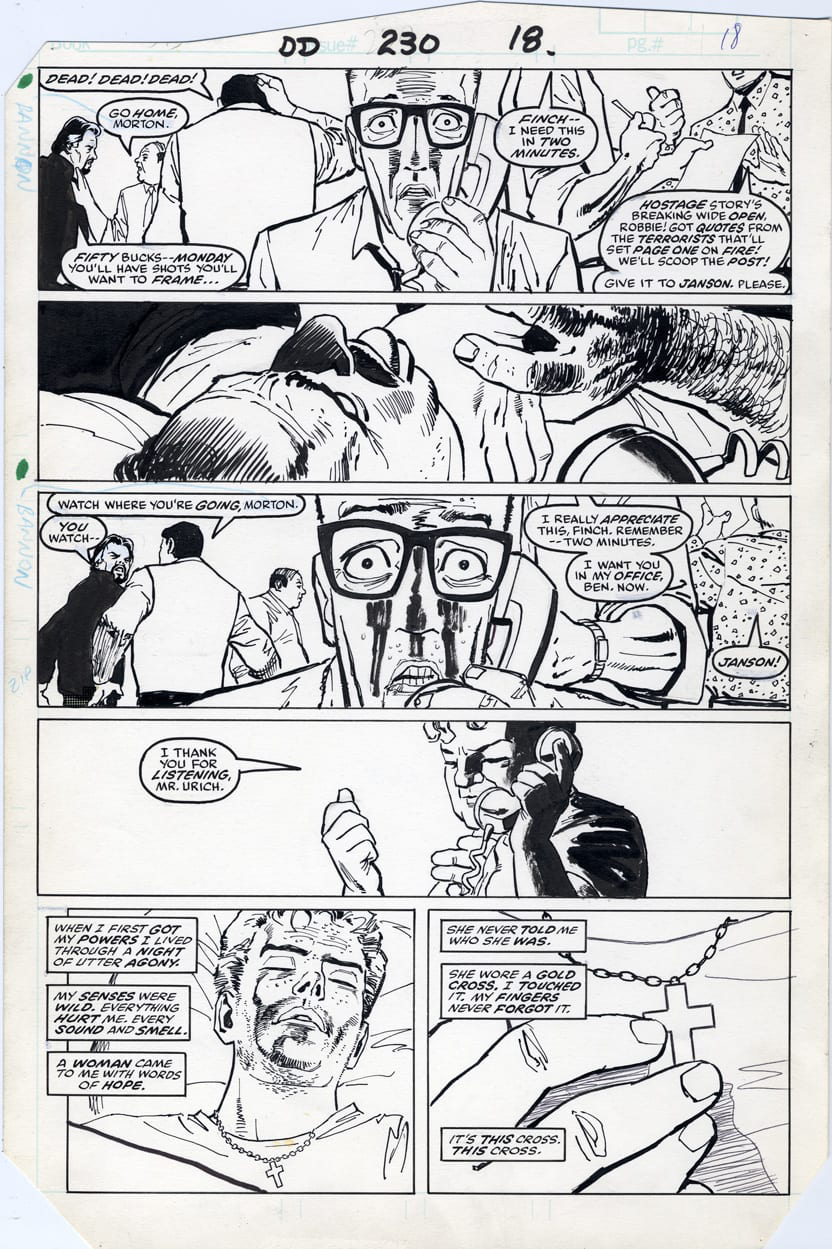 The collaboration of artist David Mazzucchelli with writer Frank Miller on Marvel Comics’ Daredevil was a high point in that series, as proven by the many reprints of Daredevil: Born Again. An Artist’s Edition featuring scans of the artwork by Mazzucchelli for the project was released in 2012 and became the best-selling of all IDW’s Artist’s Editions, receiving both an Eisner Award for Best Archival Project, and a Harvey Award.

The hardcover AE has been out of print for years, and now in what looks like the first of a new smaller series of reprints is this paperback Artisan Edition. David Mazzucchelli’s Daredevil Born Again Artisan Edition measures 210 x 308 mm – still quite large, approximately twice the size of the printed comics, but of course smaller than the original art pages. However it is otherwise exactly the same as the first edition, featuring the art for all seven issues including a few of the tracing paper overlays used on some pages to indicate colour holds on covers or elsewhere (as was common before computers made colour separations much easier).

There is an introduction by Mazzucchelli, and also an Artist’s Archive and Gallery at the back of the book with inks and colour covers for two trade paperback collections; five full-sized and twelve reduced-size pencilled pages; and finally eight sample pages from the comics as they appeared in print, to show how the solid colour overlays looked when combined with the art. This more affordably priced Artisan Edition may not seem at first sight to be as impressive as the full-sized version, but once you start looking through it you probably won’t mind the smaller size. It’s a very effective piece of work from two master craftsmen that remains inspirational.