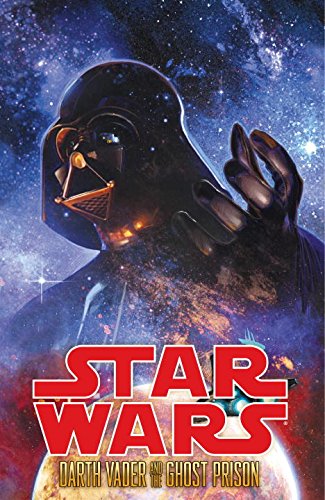 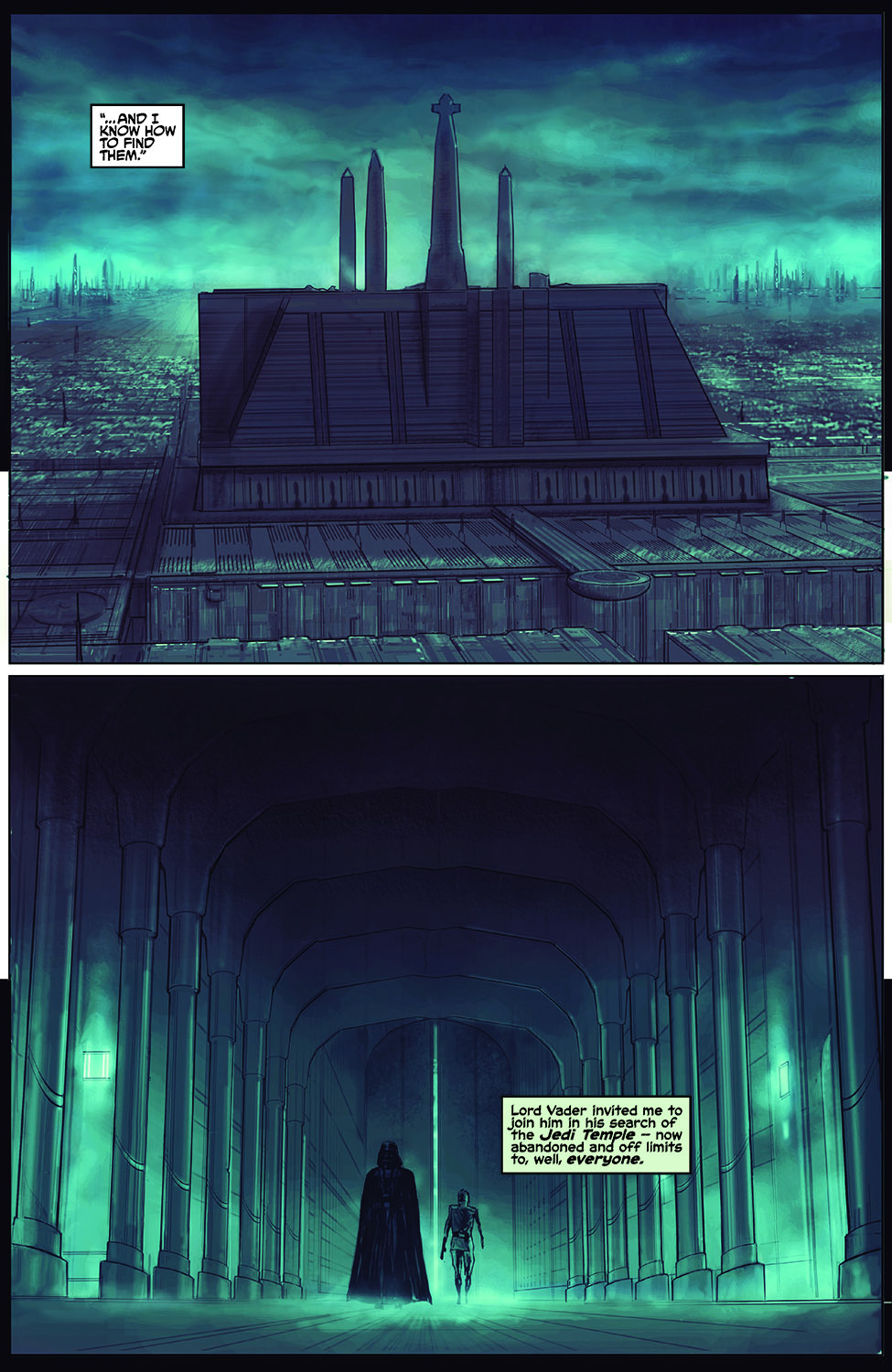 Considering Ghost Prison is issued under Darth Vader’s title, there’s precious little of him to be seen in an opening chapter that instead supplies the narrative captions of one Laurita Thom, star pupil of the Stormtrooper cadet graduation year. He’s taken to the Empire’s centre of Coruscant for the graduation ceremony, and while there discovers his dedication has rendered him a liability in the eyes of his fellows. It’s at this point that Vader emerges from the background with a revolution against the Empire  in full effect, and Haden Blackman continues to use Thom as the viewer’s insight as it continues.

As seen on the sample art, Agustin Alessio supplies Coruscant on an imaginatively vast scale, applying great attention to architecture. He pulls the viewpoint back to show vast decoratively designed skyscrapers dwarfing craft, let alone people, and adds to the already impressive vistas with swirls of colour bathing his constructions in light. Beyond Vader’s familiar mechanical features Alessio doesn’t use movie likenesses (Peter Cushing, for instance), but creates approximations, and the story’s major players are all individually distinct and creatively designed.

He may take some time to appear, but Blackman offers more in the way of Vader’s characterisation, with a clever device cementing Vader’s disenchantment with the Jedi Council, yet instrumental in saving the day several years later. It’s one of several nice elements making this a far more satisfying experience than The Lost Command, with Blackman putting the effort in to create backgrounds in passing for numerous characters, and drawing nice parallels between Thom and Moff Trachta, Each of them has been disfigured, and in each case it’s been character defining and life saving. Blackman works the story of revolution satisfyingly, and to a great conclusion. Marvel’s subsequent Darth Vader series raised the benchmark greatly, but while this continuity may have been shovelled away into an alternate timeline, it’s the only Dark Horse Vader story approaching that quality.

The next Dark Horse graphic novel is Darth Vader and the Ninth Assassin, but it features a new creative team unconnected with this story. Darth Vader and the Ghost Prison can now also be found within the Marvel Epic Collection Star Wars Legends: The Empire Volume Three. It’s accompanied by tales of other events occurring roughly simultaneously in other areas of the galaxy.