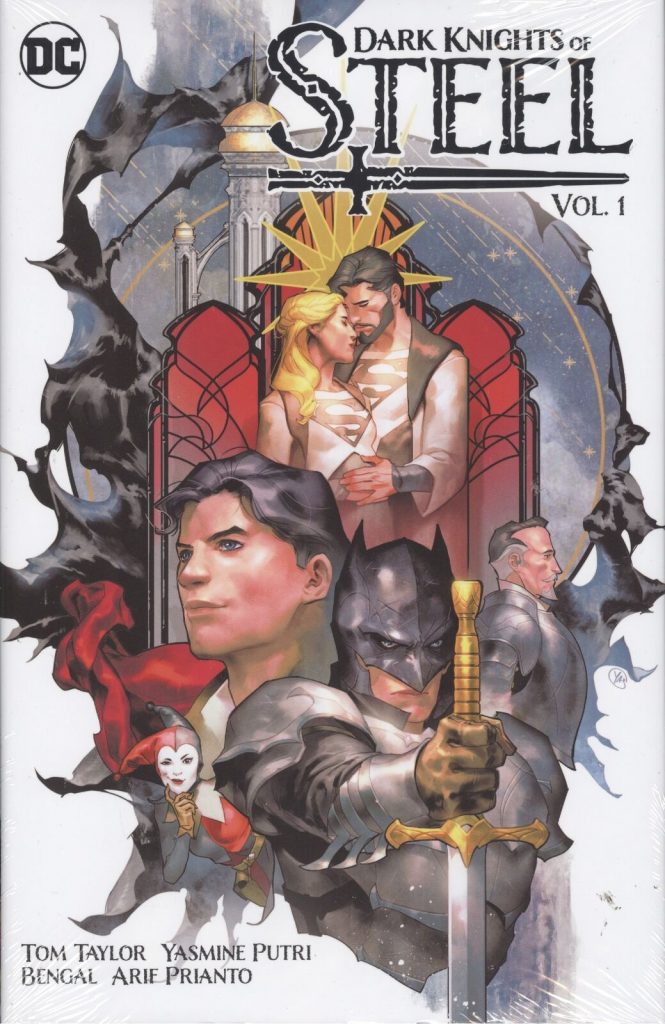 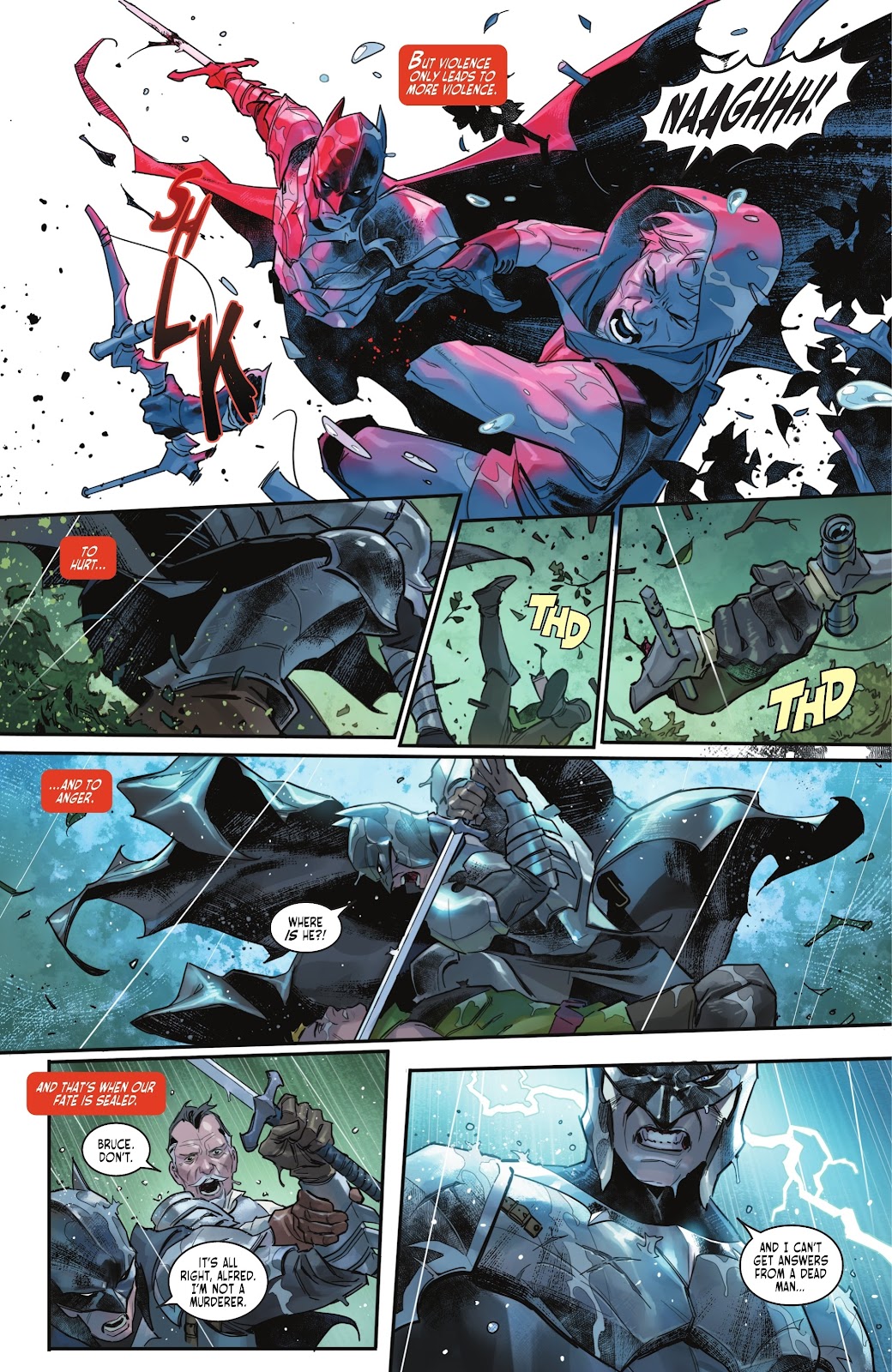 Dark Knights of Steel begins with a small spacecraft escaping the exploding planet of Krypton and eventually landing on Earth. Except this is Earth during the middle ages, and the craft contains Jor-El and his pregnant wife, who gives birth almost immediately on arrival, while Jor-El is astounded at his capabilities under Earth’s red sun. This counterpointed by narrative captions detailing a prophecy of disaster. From there Tom Taylor takes us on a tour of some familiar names in different incarnations.

There’s sound commercial sense in establishing a medieval society of wonders and magic in which assorted kingdoms co-exist uneasily, inserting DC superheroes into a game of thrones. Perhaps that’s not a fair comparison as twelve standard chapters (six here, six to follow) can’t be ranked against a long-running TV show, but it’s high concept and likely to sell no matter the quality, so it’s pleasing that Dark Knights of Steel is very readable. Taylor may be looking at olden times, but his plots serve up a timeless dose of action taken due to fear prompting the very situation it sought to avoid. He starts by focussing on the House of El, which also includes Bruce Wayne, and then works his way outward to focus on other places and people, along the way introducing a fair proportion of the major DC heroes.

Yasmine Putri draws most of the book, very elegantly and decoratively, with forest scenes greatly enhanced by Arif Prianto’s colouring. There’s a sense of power, scale and emotion to the art, and it serves the series excellently. Bengal draws a chapter about how the House of El came to be, and as a flashback the difference in style just about works, but a greater artistic consistency throughout would have been better.

Taylor previously twisted the DC heroes about to great acclaim in Injustice, and repeats the trick here. Those who know their DC history will find plenty of scenes that start off treading familiar ground, but take an interestingly different path. Taylor surely also enjoyed leading readers to presume the identity of an influential character is someone they know, only to come up with a different reveal.

Vol. 1 ends at the proposed halfway point, and a fine brew has been set in motion. We’ve seen one person not who’re they’re presumed to be, another under suspicion, and one seemingly put out of action, while war is about to begin. Bring on Vol. 2.