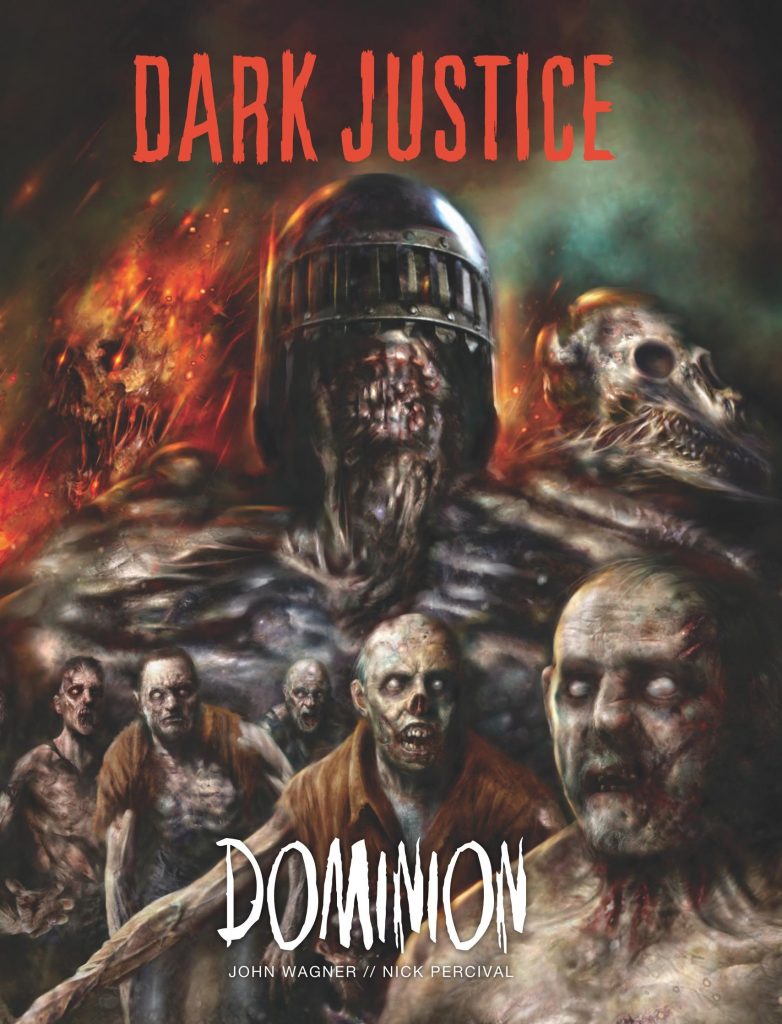 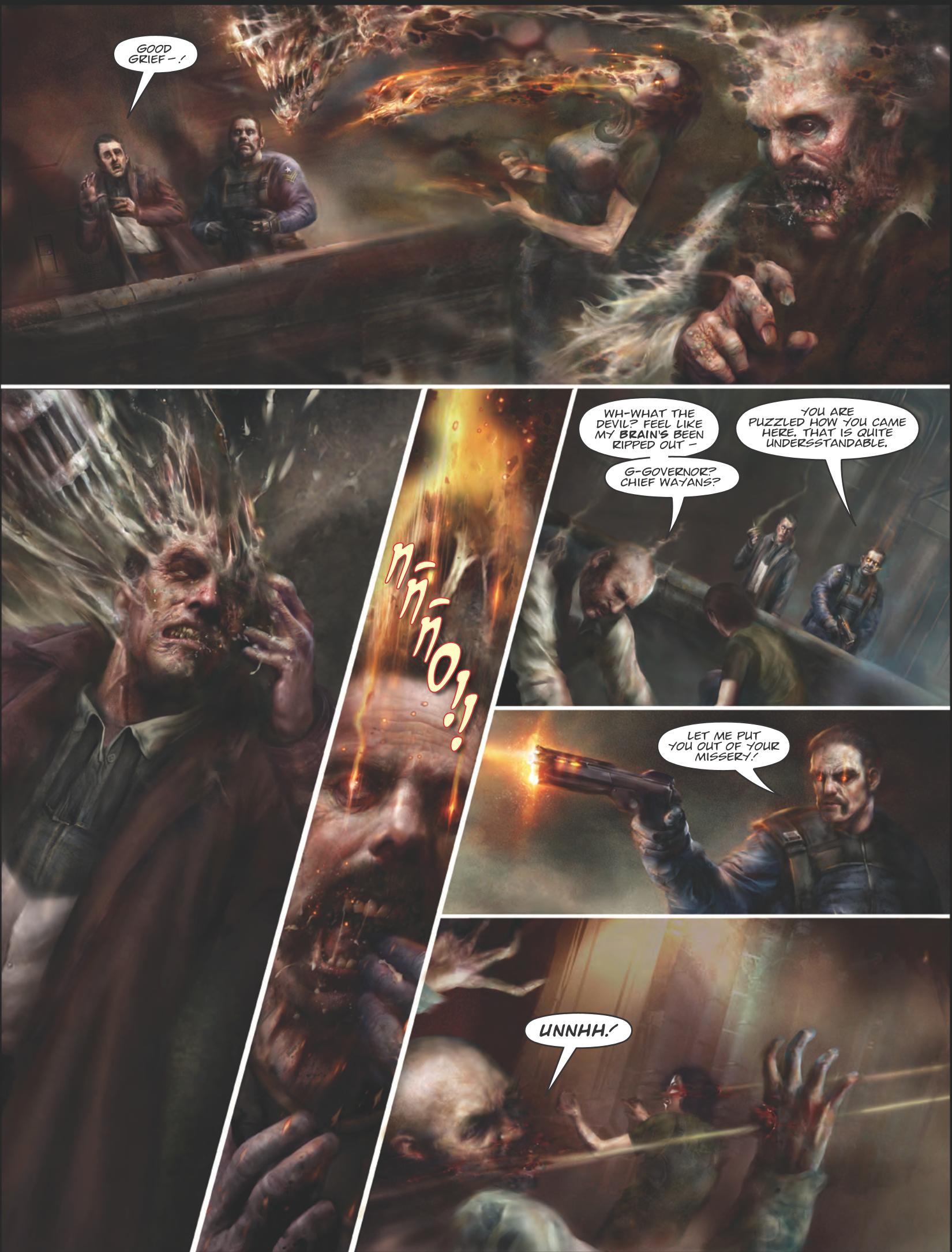 With their single-minded mission of wiping out all life in order to prevent crime, the four Dark Judges are the most fundamentally scary creations to emerge from Judge Dredd and his world, which is saying something. When last seen in plain Dark Justice they’d been stranded in space, but as they’re ethereal entities it’s not a fatal condition, and Dominion opens with a supply spacecraft returning from Earth making the wrong choice about what to investigate. The result is a colony run by the Dark Judges, where only the inexperienced Officer Roscoe realises from the start that something is seriously wrong.

Hers is the narrative voice as creators John Wagner and Nick Percival rev up the Dark Judges and once again set them to wiping out a planet. There’s plenty of “Jusssticcce musst not be denied!”, “The crime isss liffe! The ssentence is deathhh!” and “Jusssticcce is done!” when the Dark Judges appear, but this isn’t really a story about the Dark Judges, it’s about the handful of survivors fighting off a zombie plague. Percival creates a suitably dark and desperate world in a photo-realist style, and anyone who enjoys hundreds of zombies being dismembered will love his depiction of it. However, the plot is Wagner on autopilot. There are no surprises, no shocks and little inspiration. Wagner’s introduction to Dark Justice explained that he felt he had little more to say about the Dark Judges, but it was followed by a decent story. Dominion reads as if he genuinely has nothing more to say about the Dark Judges, and Pervical’s introduction here about the joy of working with Wagner can’t disguise that.

Additionally, fully a third of the page count is Percival’s sketched page roughs, or process paintings. Some of these are chilling images, but don’t compensate for the slim story.