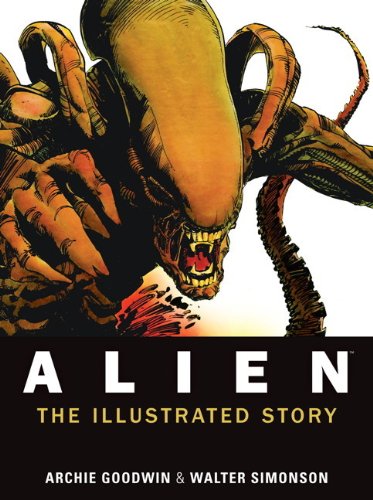 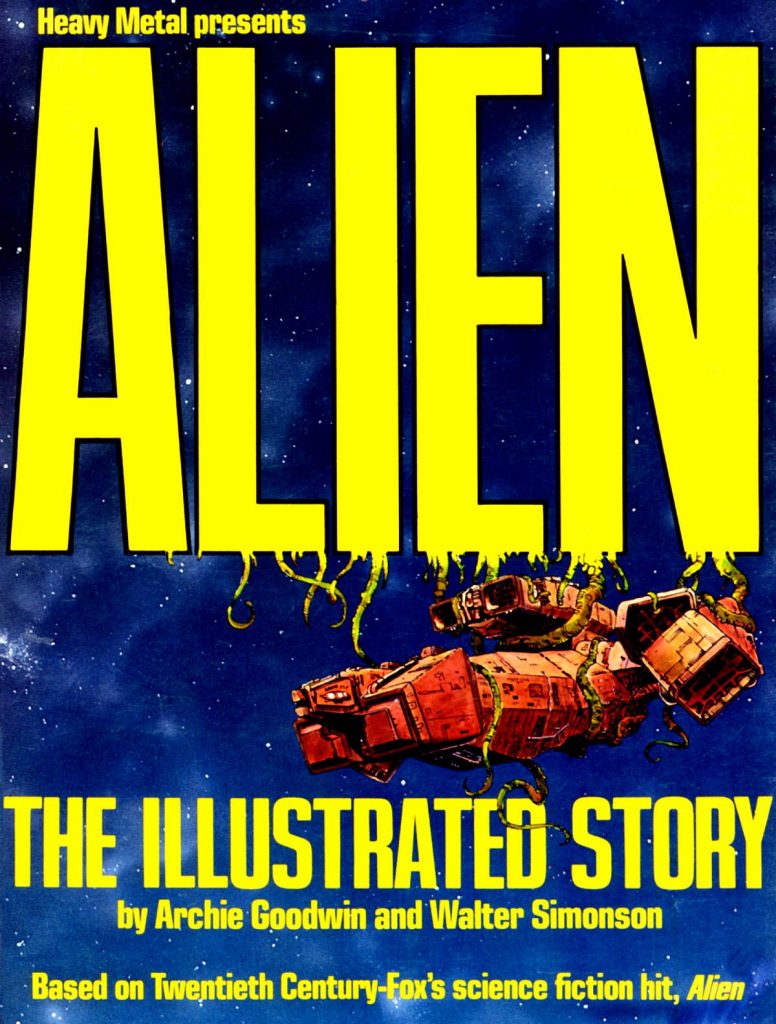 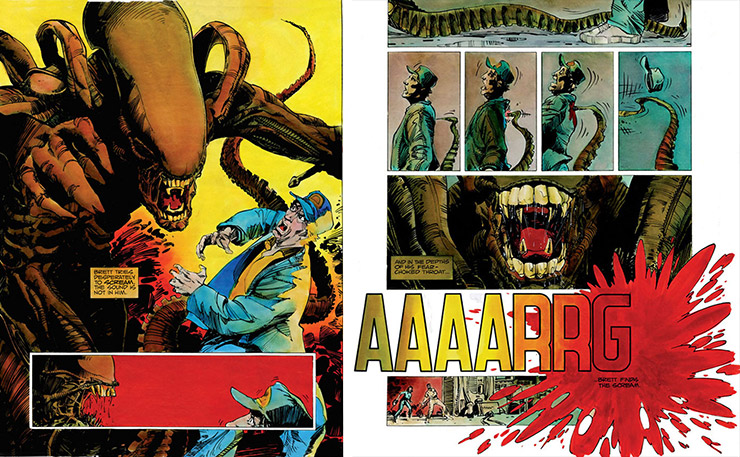 When originally published in 1979 to coincide with the release of Ridley Scott’s groundbreaking Alien movie, this adaptation was the first graphic novel to hit the New York Times bestseller lists. This was more to do with excitement over the franchise than the excellent work of Archie Goodwin and Walt Simonson, but it’s a notable benchmark worth highlighting.

As is often the case with film adaptations, Goodwin and Simonson had to work from from Dan O’Bannon’s shooting script rather than the final edited version of the film, so they include a few elements that now only make the DVD deleted scenes extras. Otherwise it’s a faithful adaptation, all the more remarkable for being produced to an extremely tight deadline. Simonson approximates the cast’s features rather than attempting photographic likenesses, but they’re all recognisable, and somehow time has rendered more obvious how he was influenced by the early work of Howard Chaykin. It’s there in the busy panels and the layouts, although Chaykin never attempted the detail that Simonson brings to the Nostromo’s interior, or to some ambitious panels borders. Nor did he supply the spectacular in the way Simonson does. This remains a delight all these years later. When Simonson opens up into three-quarter page or full page illustrations he selects his dramatic moments carefully for maximum impact, coinciding them with the film’s notable benchmarks. He also has a natural cinematic style, moving the plot along well, and ensuring early scenes of the dysfunctional crew disagreements hold their passion despite the abundance of talking heads.

Part of the reason Simonson’s work looks so good is due to Goodwin’s restraint. He obviously saw his task as faithfully transferring as much of the film’s dialogue as possible, resisting the temptation to intrude himself by polishing or adding. He’s also content to let the visuals tell the story, which is more apparent in the later stages of the book, by which time the cast has been thinned.

There may be people reading this review who’ve never seen Alien. It’s a tense drama of a terrible threat unleashed on the unsuspecting crew of a spacecraft, with an utterly distinctive visual identity. It merges the possible shock around every corner of the horror film with imaginative science fiction, and all that comes across in this adaptation. The crew unknowingly bring the instrument of their own deaths aboard their craft, and gradually become aware of what they’ve done. It’s finely paced, slow at first as the fates of the crew members would lack impact without us having come to know them, but once the horror starts, it’s near relentless.

The 2012 Titan Books edition is a restored version using the original art supplied by Simonson, and arranging improved colouring. They’ve also issued an oversized hardcover art book presentation reproducing the pages in black and white as originally drawn, for those wanting to study the detail. In any form this graphic novel is almost a template of how to adapt faithfully while still being artistically expressive. Few adaptations of film into graphic novel have bettered it.