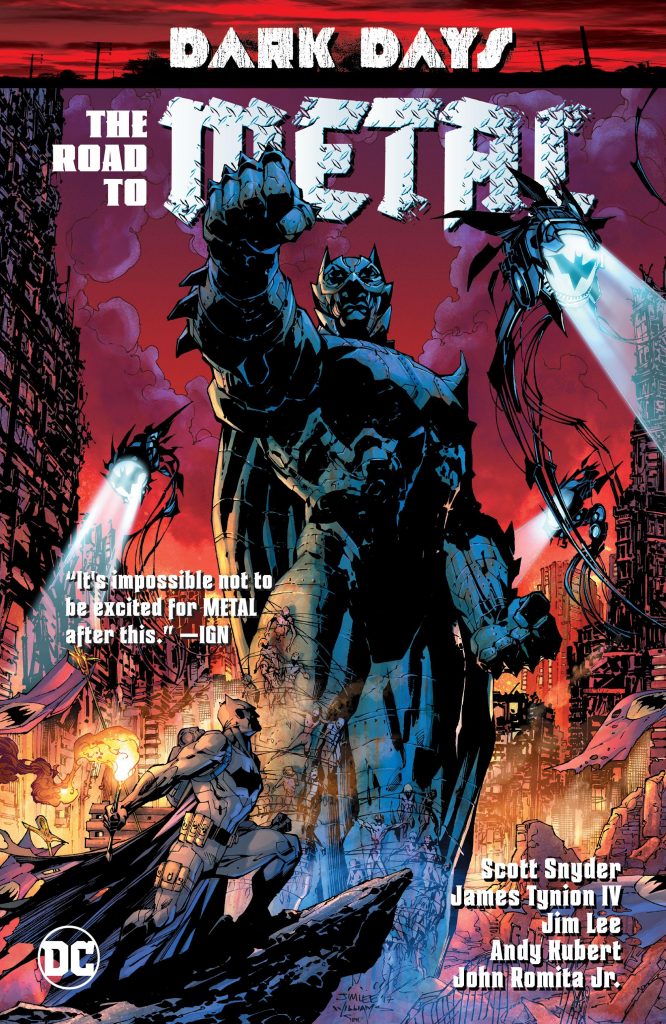 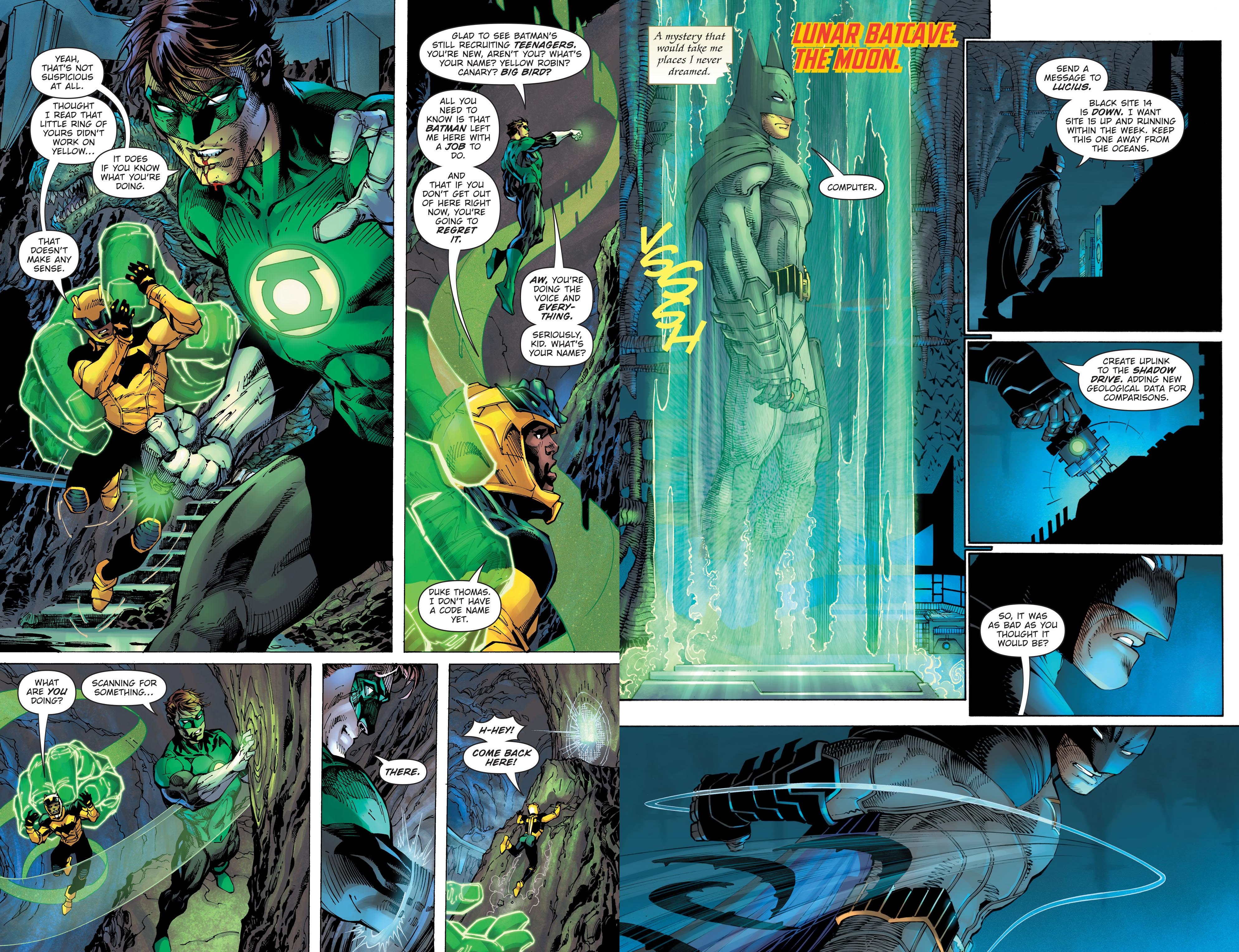 In order to compile Dark Nights: Metal, Scott Snyder drew on several Batman stories from the past, most prominently work by Grant Morrison. Dark Days compiles these, or excerpts from them, along with the more immediate preface chapters.

Andy Kubert, Jim Lee and John Romita Jr being drafted in to illustrate the paired prelude chapters and book openers ‘The Forge’ and ‘The Casting’ is a statement of intent, and they deliver spectacle on a couple a stories taking a wide brief across the DC universe. Snyder and co-writer James Tynion IV really do the job of teasing that something big is coming, and building anticipation for it via the revelation of secrets and hidden items. It reconfigures Hawkman’s entire purpose (again), has a great role for an iconic character best not disclosed, and establishes that Batman has been searching for items made from strange and largely unknown metals.

Two chapters of Morrison’s Final Crisis follow, and without the remainder of the story leading to them the first is confusing, packed with obscure characters who have very little relevance to the events of Metal. Even returning to them after reading Metal offers few clues as to what’s essential beyond what happens to Batman. The second reads far more smoothly in isolation, presenting a suitably epic and inspiring finale, although, again the relevance to Metal is obscure. The connection with Bruce Wayne’s spell in the past is clearer, setting up the bat symbolism continued through time, and it’s a cracking story from Morrison and Chris Sprouse.

Snyder and Greg Capullo’s two chapters show Batman learning more about immortality, and in whom it might manifest, which is an incredibly frightening thought Snyder undersells so that we can contemplate it. It’s in the course of the Joker again threatening Gotham, and Snyder and Capullo do their job well enough that you’ll want to pick up Batman: Endgame to see how it plays out.

Tim Seeley and Javier Fernandez on Nightwing don’t produce anything as satisfying, and even returning after Metal, how their chapter is connected is unclear. Perhaps what we’re led to believe about the villains isn’t true and they’re the first manifestations of other-worldly alternates, but there’s little compelling despite the cultivated mood of desperation.

A few pages by Tynion and Eddy Barrows put the bigger picture in place for those reading Batman at the time, but aren’t essential here. Following that, it’s always nice to see the multiverse map by Morrison and Rian Hughes, after which it’s over and out.

Snyder may know better, but around half the content of Dark Days seems to have either no connection or only a tenuous connection with Metal, brief elements within stories rather than the entire story. Only the prologue chapters, admittedly over a third of the collection, are direct and obviously related. On that basis Dark Days may not be essential reading, but remove the compulsion for a connection and this is a collection of largely decent stories. Actually, it’s better than Metal.