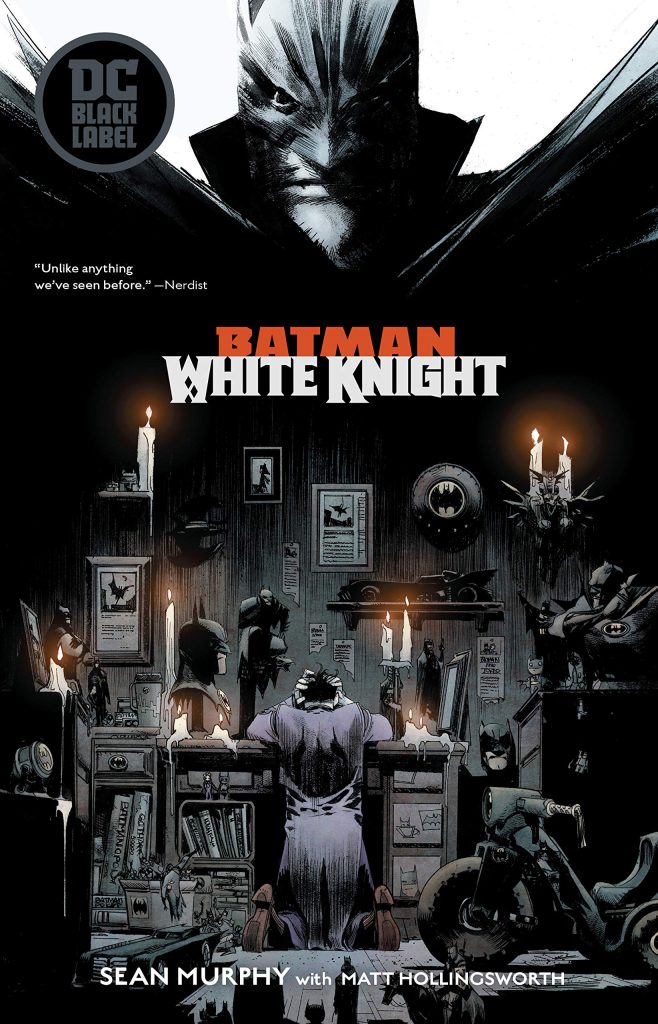 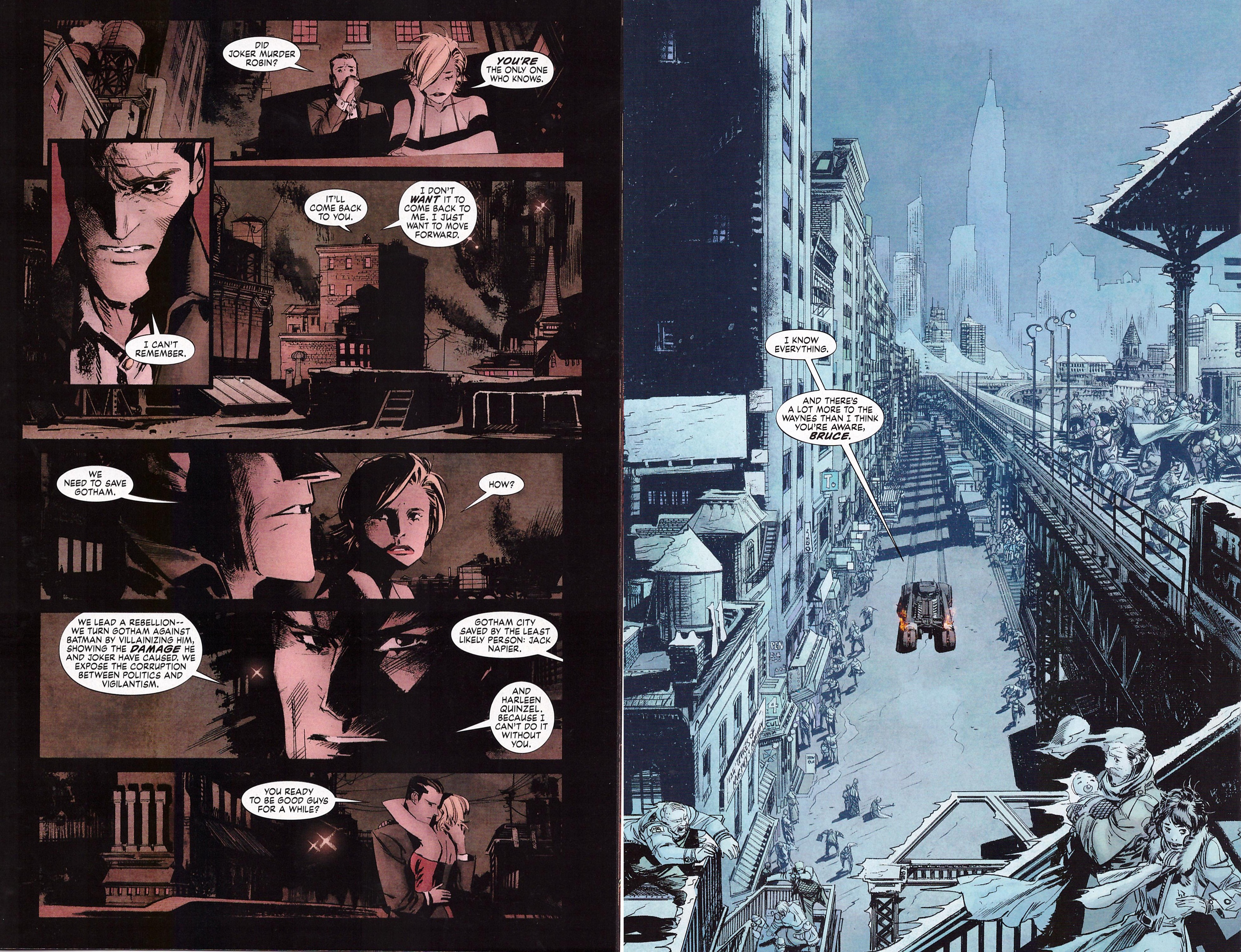 Since the 21st century there’s been the feeling that DC are somehow embarrassed by what they used to call ‘Elseworlds’ stories, familiar characters in unfamiliar scenarios where something has shifted in their world. Alternate ways the world might have turned out with one significant moment changed is a concept that’s fascinated historians for decades, and thankfully it still appeals to Sean Murphy as White Knight is an Elseworlds story in all but name.

It starts very conventionally, but opens into a world where the Joker has reverted to Jack Napier and successfully sued Gotham for administering the medication that transformed him. He’s able to turn public opinion against Batman, who’s also discovered how Gotham’s elite have profited from his activities and isn’t happy. Napier is a persuasive and seductive voice, and through him Murphy asks some logical questions about Batman and Gotham, distilling to whether or not Batman is a greater liability than the villains he saves people from. There’s a fundamental lack of logic to this position that Murphy ignores in order that his story flows smoothly, and there are several others, including the idea that the Bat signal is somehow a secret, but it’s worth overlooking them for the bigger picture. There have been stories before where the Joker has reformed, and others where Gotham has turned against Batman, but combining the concepts provides a solid read. Is there really a better path for Gotham?

Everything is underpinned by some fantastic art. Murphy arrived pretty well fully formed back when he was Sean Gordon Murphy, and he combines superb storytelling skills with a great sense of visual design. The right hand sample page comes from late in the story, and a full page scene serves a minimal storytelling purpose, but isn’t it a fantastic image? Murphy has irritating stylistic quirks such a tendency to scratch strangely distracting lines on faces, but this is bravura art on an ambitious story.

Napier is complex character study, replacing one need for another, and in doing so offering some genuine hope for Gotham, contrasting Batman who only keeps the darkness at bay. The relationship between the Joker and Harley Quinn is sympathetically constructed, and the divisions inserted between this Batman and his friends reflect thoughts we’ve possibly all had about their unequal partnership. Pretty well everything about White Knight is interesting until the ending where it falls apart astonishingly. Perhaps Murphy intended a form of symmetry. He opened with a familiar scenario, but that had a deceptive purpose. The ending doesn’t. Was it contrived when Murphy realised there was no defining cinematic moment to White Knight? Murphy opts for button-pushing melodrama, and worse it’s predictable button-pushing melodrama that even a surprise revealed in the epilogue pages does little to counter.

Turning the Joker into a nice guy we want to root for is a monumental achievement, and there’s so much to like about White Knight, but lower your expectations for the conclusion.