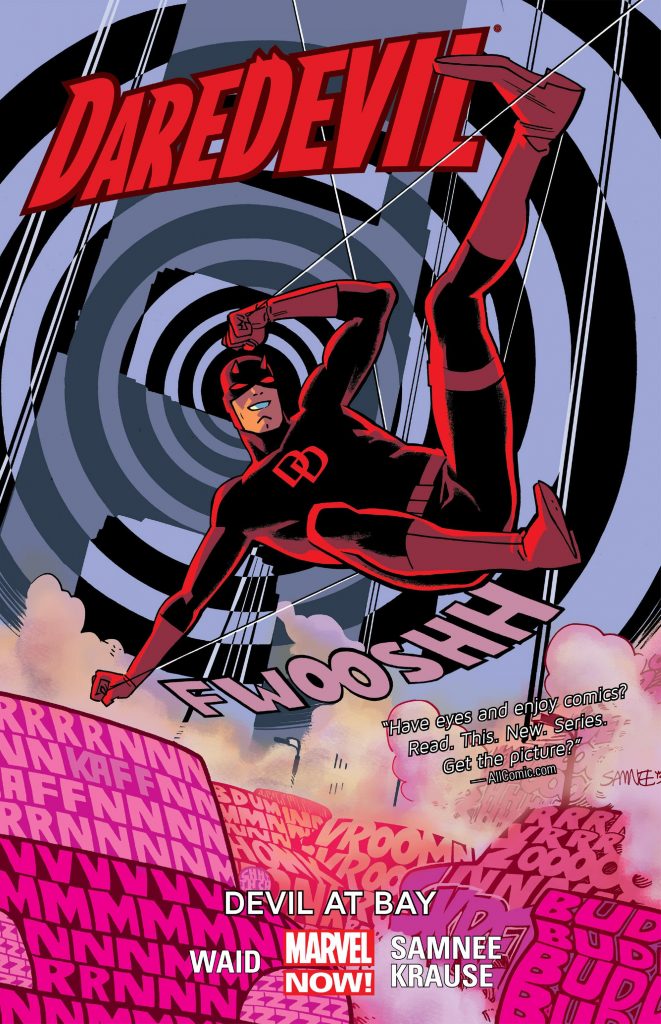 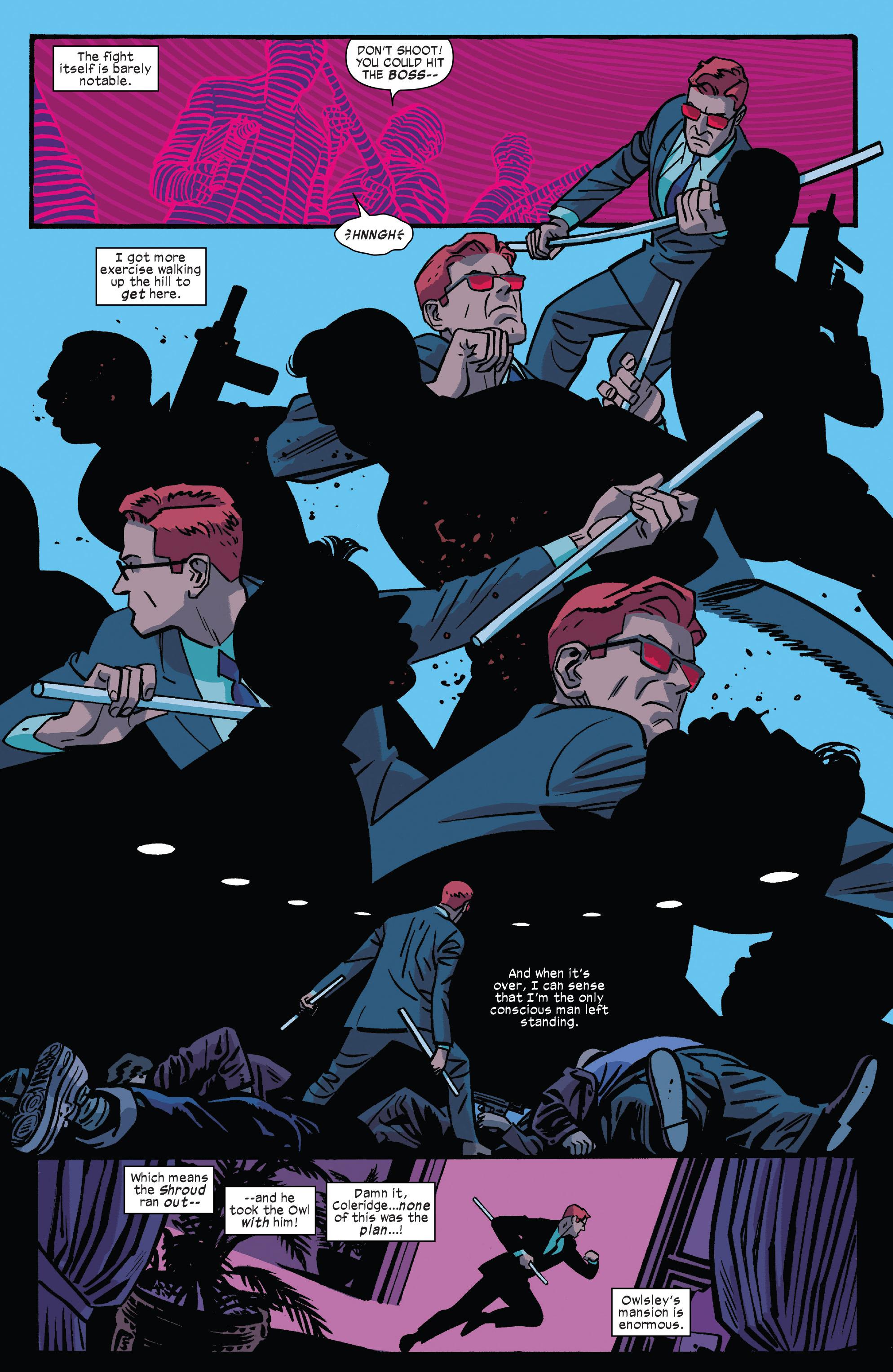 Mark Waid and Chris Samnee concluded their first run of Daredevil with Matt Murdock barred from practising law in New York and conclusively outed as Daredevil (see Daredevil by Mark Waid volume 7). As the ban doesn’t apply in California, Matt has moved back to San Francisco, where he briefly operated in the early 1970s.

Waid and Samnee’s New York Daredevil was a landmark run for a title not short of them, and any concerns about a change of location affecting matters is put to rest by a superbly tense opening chapter. A threat is well established, escalated and inventively solved, while simultaneously introducing the new location and cast. Waid follows up with a run through Daredevil’s rogues gallery. There’s an acknowledgement that the likes of Leapfrog and Man-Bull are second rate, but Waid reconfigures them or the circumstances to ensure they’re viable threats. Much of Devil at Bay also contrasts Daredevil with the methods of another blind vigilante, little seen since the 1980s.

A plot hanging over from the previous series concerns Foggy Nelson’s cancer. Comics thrive on impossible rescues, and thankfully this one avoids the smack of exploitation via a good story concerning Nelson that doesn’t employ a cheap superheroic solution to a real world tragedy. Foggy’s here and he still has problems. A plot flaw, however, is that he’s given continual protection in case Daredevil’s enemies target him, while no such precautions are taken for the public face of Matt’s new law practice, his girlfriend Kirsten McDuffie.

Surely there’s no argument about Chris Samnee being a magnificent artist. He has it all, a great sense of page design, innate storytelling, the dedication to apply the detail and effort to make something convincing, and no problems with having his cast present as real. This solidity is on view on every single page, and no doubt to the delight of editors Samnee hits a monthly deadline without many fill-ins. So why’s Peter Krause also credited for art? That’s because he works on a story originally presented digitally. It was specifically designed for the format, offering paced panels and semi-animated effects, and best experienced that way as the storytelling necessities ideal for that context display as repetitive over printed pages. Krause’s work is good, creating the necessary atmosphere, and Waid matches it with a neat plot, but one that works better digitally. 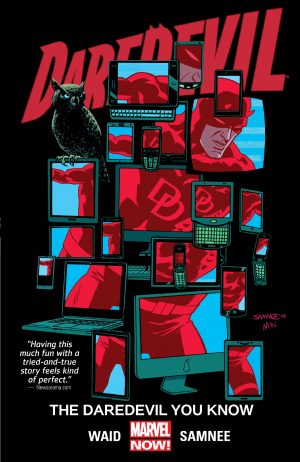 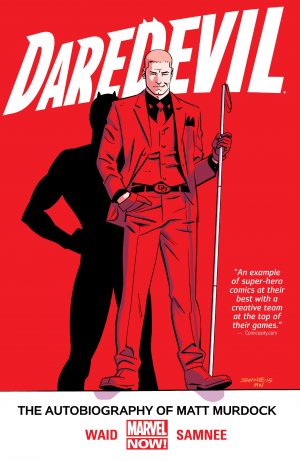