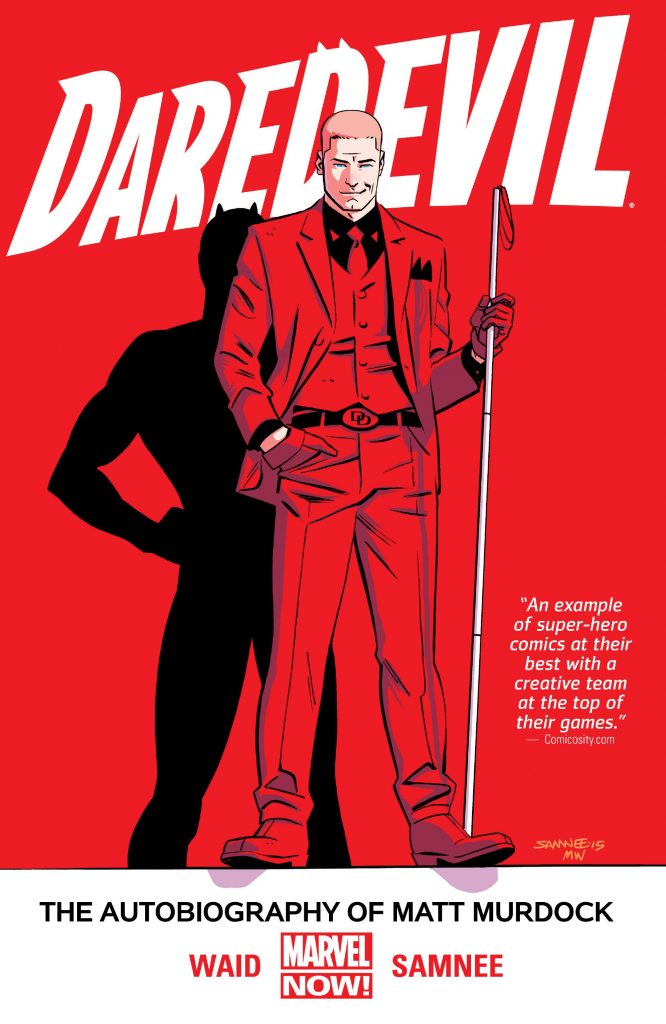 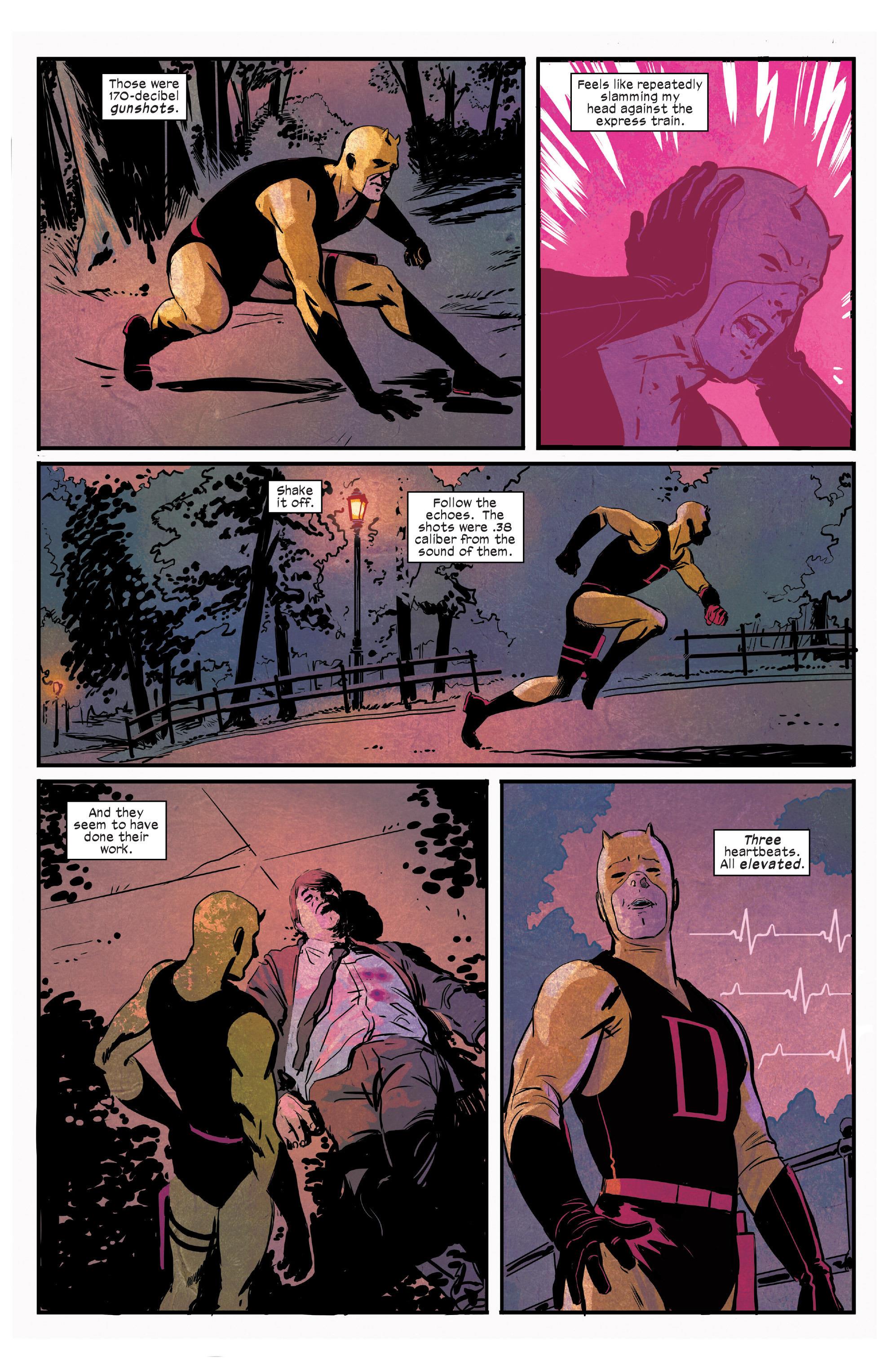 Must all good things come to an end? It’s generally the case that when they don’t we may not notice at first, but the shark is being jumped, so while not a crowd pleaser, the adage of quitting while you’re ahead is generally the right decision. The Autobiography of Matt Murdock is the final Daredevil graphic novel from the very talented combination of Mark Waid and Chris Samnee.

Samnee has been immense throughout the run of Daredevil in New York and Daredevil in San Francisco. To think the loss of Paolo Rivera as artist with Daredevil by Mark Waid volume 2 seemed a fatal blow at one time. Has there been a single bad or rushed page of Samnee art since his appointment? Seriously, has there? He’s been excellent on every previous story and he’s excellent here. Hell, he even writes a short story, which is interesting, but not up to Waid and Marc Guggenheim’s ideas on the preceding connected material. It’s more linear and less surprising.

The other two stories concern Daredevil arresting someone and Matt Murdock having to defend them. The conundrum is so neat you may forget the reason for reading The Autobiography of Matt Murdock in the first place is because Daredevil’s life was torn apart in The Daredevil You Know, which finished with a cliffhanger. When that picks up again Waid and Samnee are on top form, Waid by working his way to a Sophie’s Choice scenario, and Samnee just by doing what he’s done all along. One time hero the Shroud was reintroduced after a long absence in Devil at Bay, and has dropped back into Daredevil’s life several times, complicating it on each occasion. This time, it might be fatal, and Waid finally gets around to presenting Dredevil’s greatest enemy.

There’s no jumping the shark here. Waid contrives one impossible problem after another, each time providing a great solution. A genuinely great solution. Miller & Janson. Bendis & Maleev. Waid & Samnee. The best of Daredevil. It’s alternatively available in hardcover as Daredevil by Mark Waid and Chris Samnee Vol. 5. or with Daredevil’s entire stay in San Francisco and some earlier New York material as Daredevil by Mark Waid Omnibus Vol. 2.