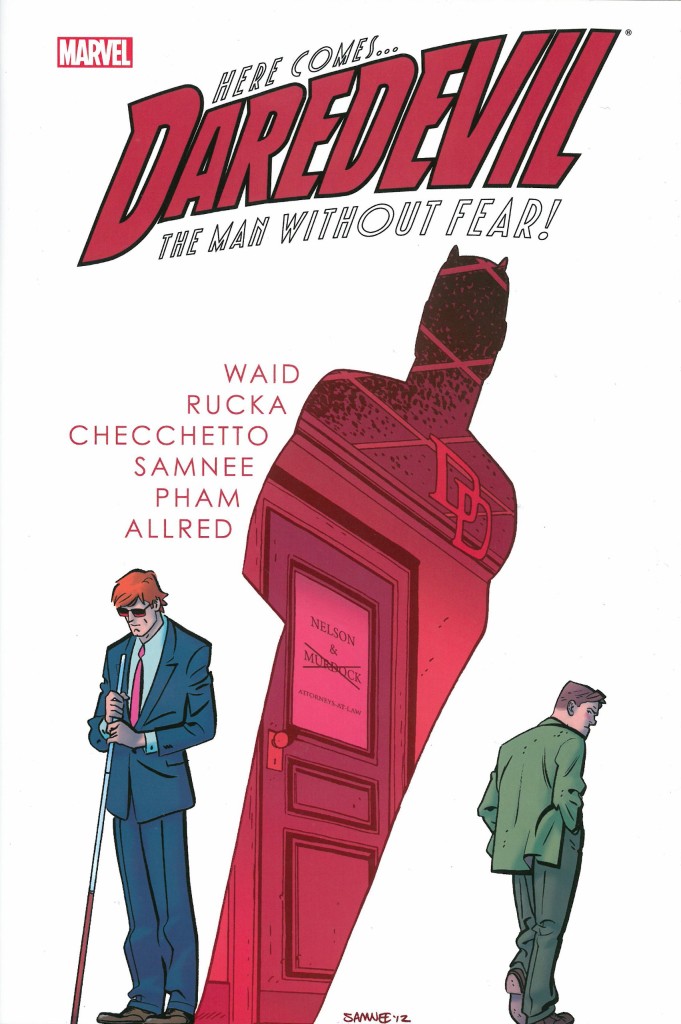 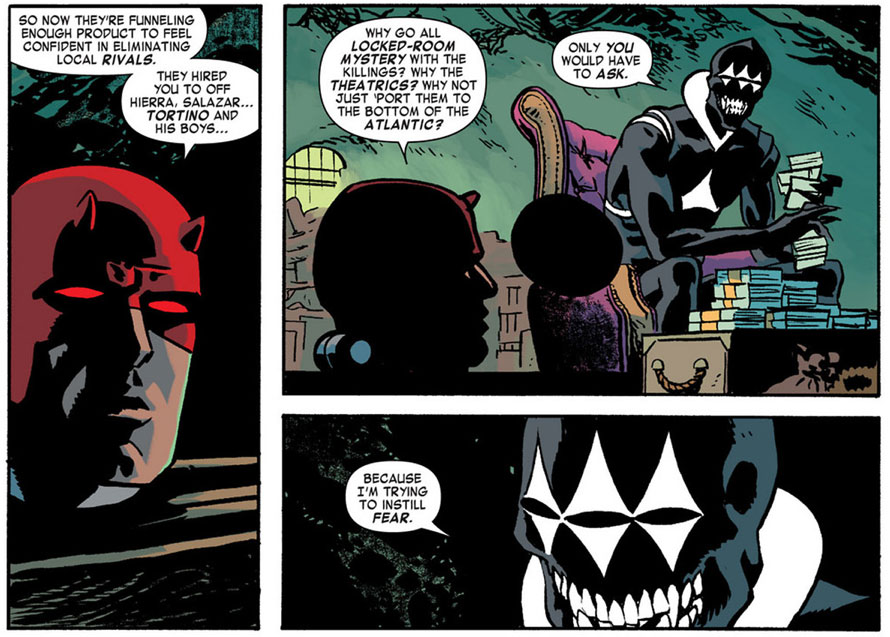 This second collection of Mark Waid’s Daredevil work contains all the twists, wit and innovation that characterised the first. Unfortunately, though, neither Paolo Rivera nor Marcos Martin are present. Although very different artists, their shared intuition when it came to design-led graphics was instrumental in stamping a look on the series. Most artists in volume 2 are very good, but without that sense of design.

The workhorse is the excellent Chris Samnee, who has a cartoon element to his style, and at times appears influenced by Michael Allred, who also contributes a fine chapter here with an offbeat return for ridiculous old villain the Stilt Man.

Daredevil’s still in possession of the Omega Drive, which contains information about four terrorist groups. Needless to say, each is keen to acquire it, and with Daredevil’s civilian identity seemingly public knowledge, keeping it from them is problematical. Even worse, perhaps, is that the Punisher and his new protégé also want the drive. This tale is a crossover with the Punisher series Greg Rucka was writing at the time (and can also be found in Punisher by Greg Rucka volume two), and unusually for such occurrences there is a lasting effect. It’s of more relevance to the Punisher, though.

Waid settles the problem of the Omega Drive in inventively satisfying fashion, and moves forward with Daredevil suffering a form of breakdown, with a succession of bizarre events targeting him, and his explanations for them ever less credible. The basis of this plot is stylishly recycled from an old Daredevil story (although you’d have to have a good memory), and isn’t fully inflated until volume three. It begins with a charming look back at the early struggles of Murdock and Foggy Nelson’s partnership, and showcases just how competent and confident Murdock was even as a student.

Two very different stories are the heart of this volume. In the closing section Waid investigates the possibilities of the Spot, a teleporting villain seen in the previous book. He manifests portions of his body by creating black spots in the air through which he travels. Waid gives this talent a thorough and bizarre airing. Daredevil also ends up in Latveria, the Eastern European country controlled by Doctor Doom, although don’t get your hopes up for him. The story exemplifies Waid’s pre-publication comments of wanting to return the spirit of the 1960s Daredevil comics. This does so, posing a neat problem, but is also resolutely 21st century. The conclusion is neatly worked, but uses a method also seen in a Brian Michael Bendis Avengers tale of recent vintage, although both are homages to an early Roy Thomas story.

By the end of the book Daredevil’s not in a particularly good place, and the conclusion would suggest it’s about to deteriorate further with Spider-Man set on his trail.