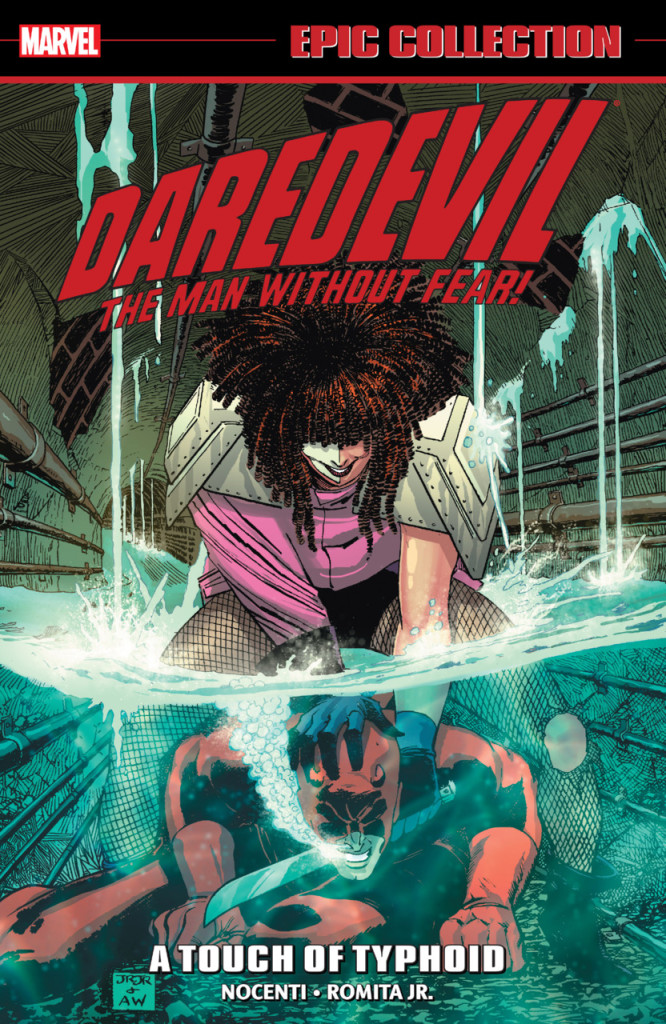 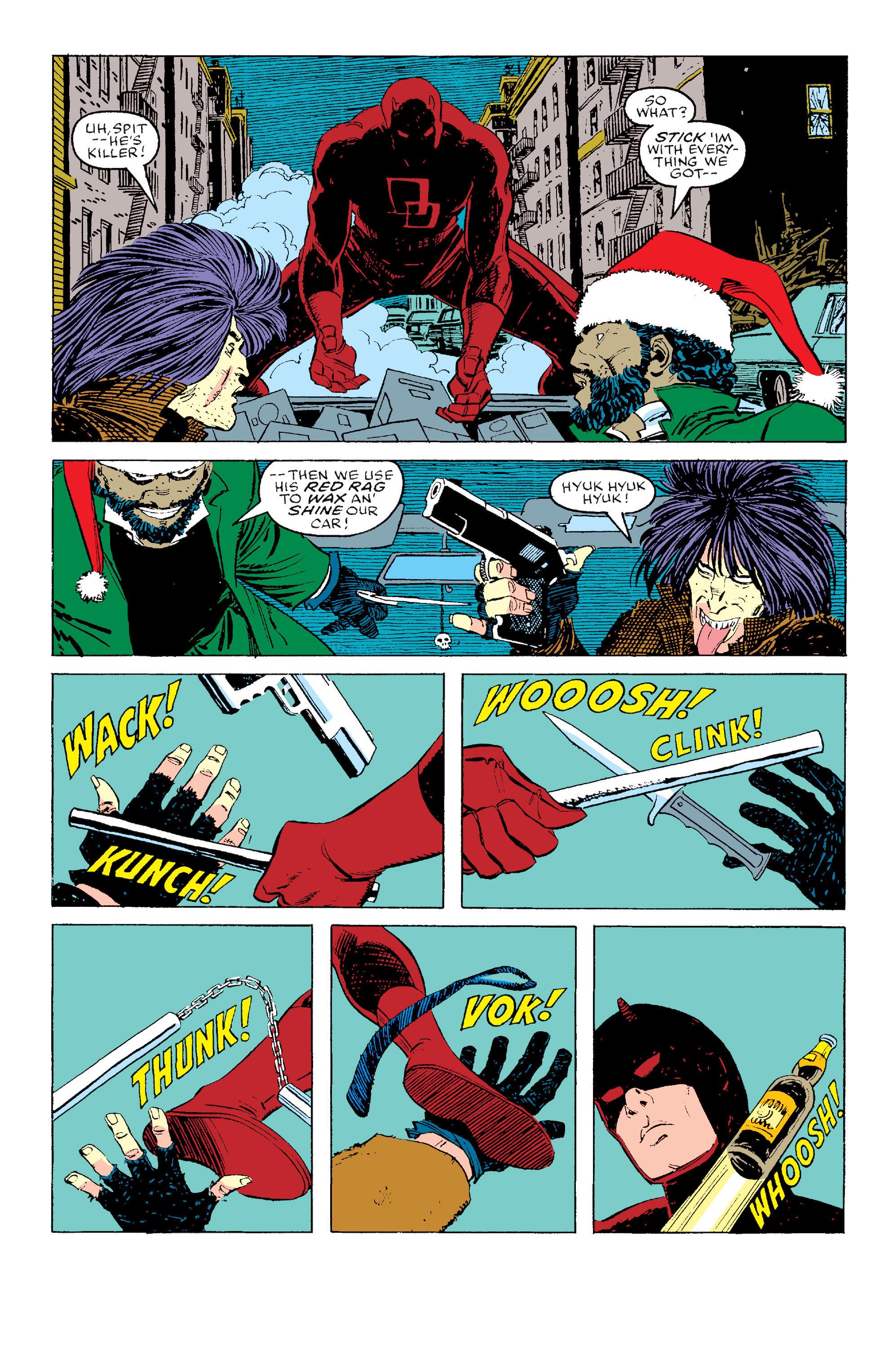 Ann Nocenti’s writing of Daredevil was troublesome. Her ideas were generally good, and for most of her run, and almost exclusively in this collection, she had the benefit of the constantly improving John Romita Jr pencilling her material. Her plots meander, however, and are often overwrought.

There’s an astonishing progression in Romita Jr’s art during the course of this book. It covers roughly eighteen months over 1988 and 1989 and his pencils are almost always inked by Al Williamson, yet the difference in approach between the opening issue reprinted and the final one is immense. Romita Jr is stretching himself from his comfort zone. That opening issue is very well drawn in the style that had served him for a decade, strong storytelling always obvious, but the closing issue is moving far closer to what’s now considered his style. It would take a further decade to develop fully. There are some interesting quirks from the start. Romita Jr’s Kingpin possesses an elephantine bulk, and he draws an impressively disturbing dream sequence early on. Williamson inking Steve Ditko on a fill-in issue is also an appealing combination.

The lasting legacy of Nocenti’s Daredevil is the introduction of Typhoid Mary, who arrives in the second issue reprinted, although not yet fully formed. The dangerously unhinged attitude is there, as is the bipolar personality and rapacious sexual appetite, and she fascinates from the off, tempting Matt Murdock, frustrating the Kingpin, and over an ambitious storyline actually rendering Daredevil ineffective. Perhaps with better editing it would be more memorable, rather than strong in concept and lost in detail.

A sense of social justice runs through this material. Daredevil and his alter ego Matt Murdock establish ties to New York’s rundown and neglected Hell’s Kitchen, now the gentrified Clinton, and contemporary problems such as garbage strikes are highlighted. What also works well is the use of neglected children as a viewpoint, and sometimes the whole gels, such as an issue where Daredevil is missing, making two points effectively, if brutally. Working against that is constant hand-wringing. Furthermore, the internal voice Nocenti supplies for Daredevil/Murdock isn’t ever smooth, and the Kingpin is contrary and almost caricatured in places. We don’t think the way we speak, but this Daredevil often contemplates in explanations. It’s highlighted by a crossover with the Punisher written by Mike Baron, which is no gem, but Baron’s internal dialogue for the Punisher is far more natural.

Issues that stray from the moralising generally work better due to the diminished dialogue, but the second half of the book strays into unwelcome territory. Much of the material ties-in with a crossover in which New York is invaded by demons. The welcome aspect is that it offers Romita Jr the opportunity for some fantastically demented visuals, channelling Bill Sienkiewicz, and a compellingly creepy redesign of Mephisto. The following issues of Daredevil as itinerant loner in “who was that masked man?” territory remove him from his environment, and are weaker for it.

Nocenti is an ambitious writer, which is more welcome than a complacent one, but all too often lacks focus, which means the fine moments in this collection are outweighed by those falling wide of the mark. The material focussing on Typhoid Mary was previously available in a collection conveniently titled Typhoid Mary, but the remainder has never been reprinted as a graphic novel.