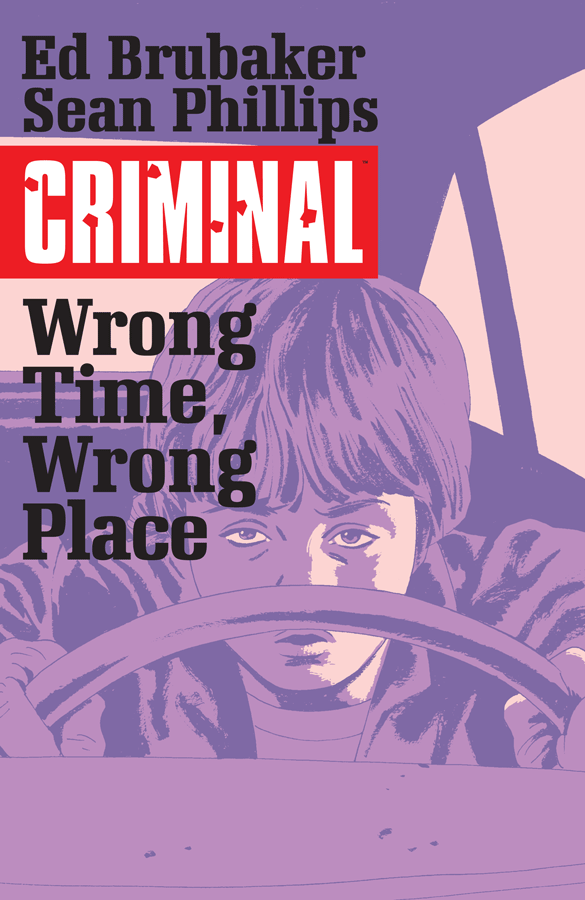 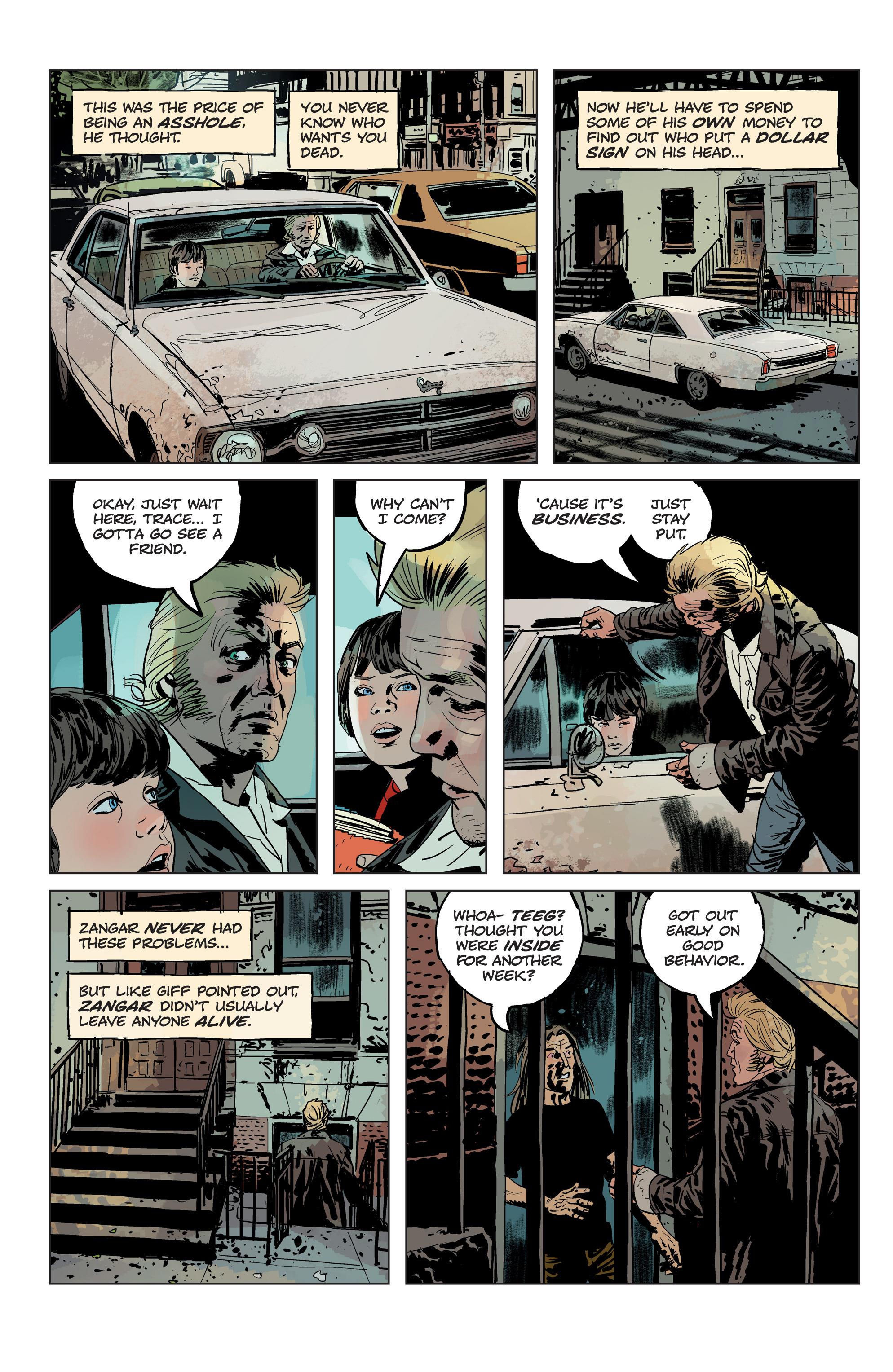 In 2015 Ed Brubaker and Sean Phillips transferred the rights of their six Criminal graphic novels from Marvel’s Icon imprint to Image Comics. By way of extra promotion they created two new stories, collected as a seventh book five years after the series seemingly concluded.

Both feature Teeg Lawless, first seen in passing as father of Tracy in Lawless, then the focus of his own story among the trilogy of The Dead and the Dying. Teeg’s a brutal man who saw service in Vietnam and threw his lot in with gangster Walter Hyde when he returned to the USA in 1972. By 1976 Teeg is serving time, not for one of his many serious crimes, but for the misdemeanor of failing to appear in traffic court. He’d hoped to keep his head down and see out his thirty days, but it seems there’s a price on his back, and he doesn’t know why. The second story is one already mentioned in passing, of the time the young Tracy spent on a road trip with his father in 1979. Teeg has a mission out of town, so subjects his son to a parade of robbed petrol stations and brutality. “Dad says a man with a son attracts less attention on the road” indeed.

Lawless is an unrestrained brute of a man who knows what he is, cares nothing for others and acts on instinct without contemplation. He’s a true psychopath, and he lets loose in the opening story, which resolves with a neat twist.

As Criminal continued, the versatility of Sean Phillips increasingly came into play. From the start he was brilliant at conveying the dingy and haunted worlds of the assorted felons Brubaker handed him, but he was equally good in other styles, and that’s on display again as he illustrates Teeg experiencing an acid trip, the adventures of Zangar the barbarian and a Kung-Fu Werewolf tale. These latter segments ape 1970s horror and sword and sorcery magazines, complete with faked off white, age stained paper. While Brubaker and Phillips are note perfect with their facsimiles, much of the original material was a largely plotless and clichéd excuse for gratuitous nudity and excessive violence. Brubaker says as much in the second tale, and a note perfect imitation of something mediocre is no better than the original material, the novelty of a Kung-Fu Werewolf notwithstanding.

Much of the second story toys with our expectations of Criminal, being more a brutal coming of age tale than a straight crime tale. It leads to a heartbreaking conclusion and defines what Tracy Lawless will become long before he realises it himself. and is the stronger piece for having an emotional hook.

Both these stories are good, but while the character definition is what we’ve come to expect from Criminal, the plotting lacks the depth of the other books, and the diversions into pastiche are a further dilution. There are surprises, and by anyone else’s standards these would be notable crime comics, but as far as Criminal goes they combine for the least essential package.