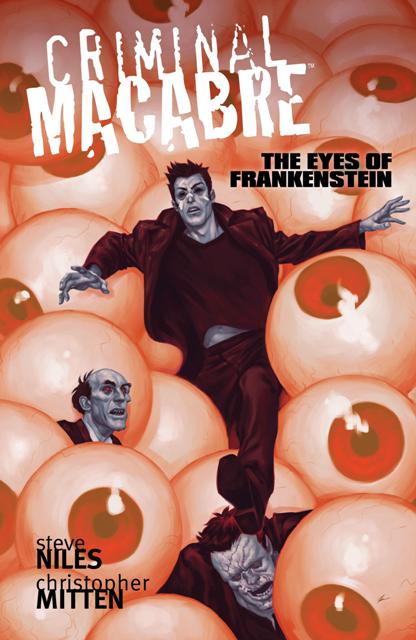 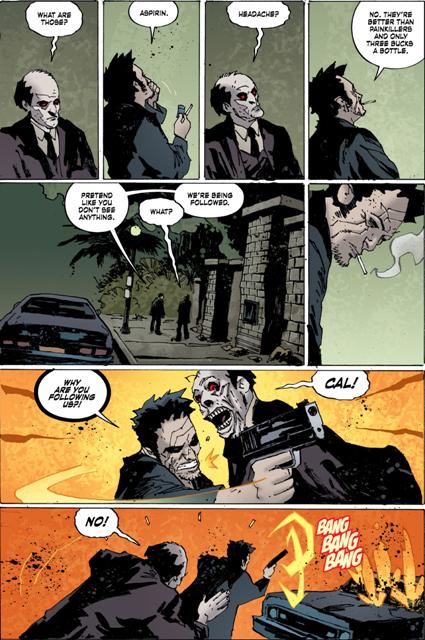 The long foretold war between the monsters and mankind has finally arrived in Los Angeles, the first skirmish having been detailed in Final Night. Cal MacDonald, reprobate private dick and prophesied saviour of man- and monster-kind, begs to differ. “War, my ass! More like a monster slap fight.” Whether he likes it or not, something is definitely up and despite his own complicated life there is plenty to do. His new friend on the force, Detective Wheatley, has a unique problem he needs help with as Frankenstein’s Monster is tearing up the city library. The monster in turn is losing his eyesight, not unexpected when you’ve had the same set of eyes for over 200 years, but there is more at stake.

Meanwhile, the city’s Ghouls are dying. This usually requires a great deal of violence and fire to achieve, but now they are becoming sick at an epidemic rate. There is help on offer from Jason Hemlock, wizard and superstar practising occultist, but for differing reasons neither Cal nor Wheatley like or trust him. They don’t have much choice despite their instincts screaming warning signs, something they are really going to regret.

Christopher Mitten is consistently trying to better his artwork and it shows on every new storyline. He has impressive storytelling abilities, something writer Steve Niles wisely uses to strengthen his plot, while his cast are clearer and imbued with personality. Colourist Michelle Madsen experiments by using brighter colours within the dark shades that defined the last few books. Not excessively but enough that they are effectively employed to drive home an important plot piece in the story. The synergy between Mitten and Madsen continues to develop, the mood moving back and forth to keep the reader riveted.

The observant and regular reader knows Niles as a patient plotter. He’s been quietly dropping hints and setting up future scenarios in previous books, though how they all interconnect won’t be clear until the next volume. Little tendrils of plot snake off in all directions like an ivy plant, later all merging into one. The side effect is that you underestimate both the full scope of his talent and the richness of the story, something that happens frequently in the horror genre. Isn’t horror – after all – the product of weirdoes and social recluses working out their traumas and bleak murder fantasies onto a page? There certainly is a case for that in Criminal Macabre, Niles’ themes stark with a cast new and old brutally dispatched with a violent efficiency that will make George R. R. Martin envious. It isn’t for the faint hearted. However, there are few writers who plan their tales as meticulously or hone their craft as Niles does.

The Eyes of Frankenstein is entertaining and creepy, humorous yet still shocking, and the partnership between Niles as writer and his artistic team is something that has bettered the series. Alas, all things come to an end and Mitten and Madsen bow out from the series on a high note in the The Third Child. Both are collected in the third Criminal Macabre: A Cal Macdonald Mystery Omnibus. 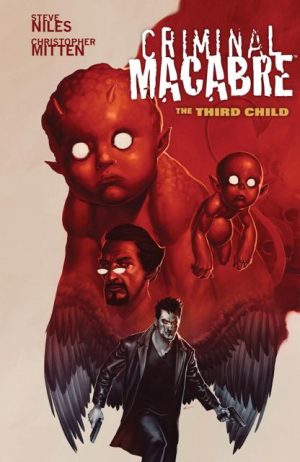 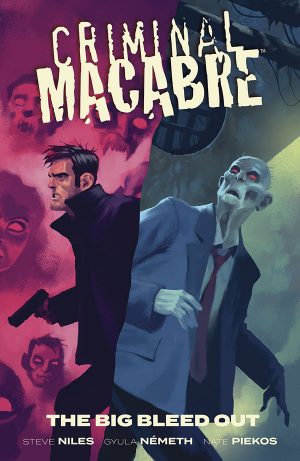