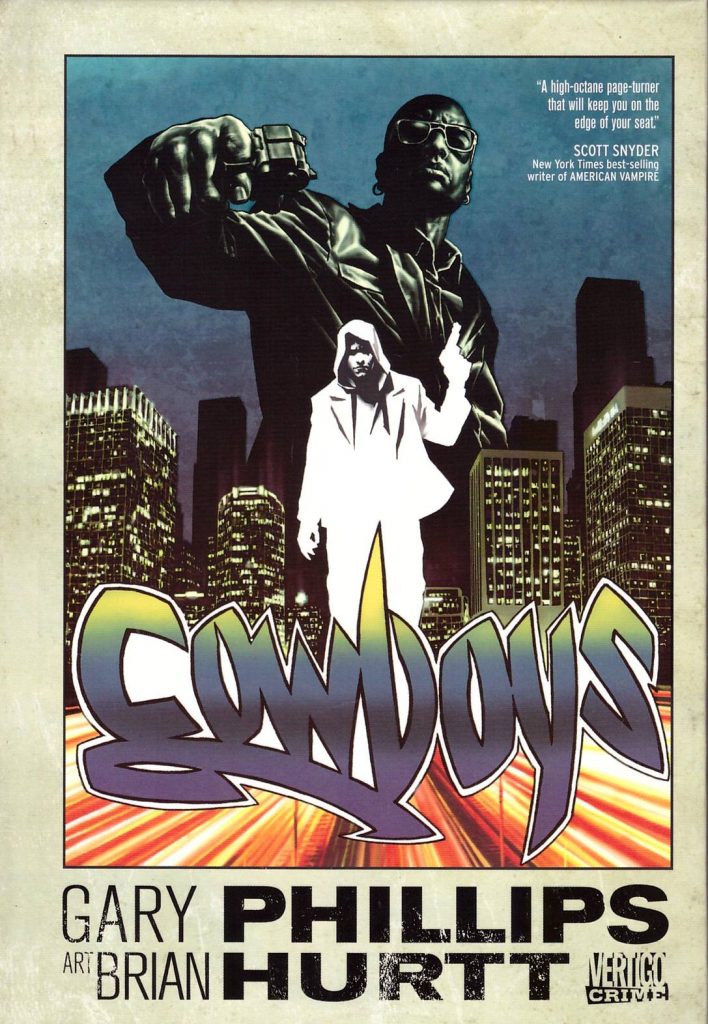 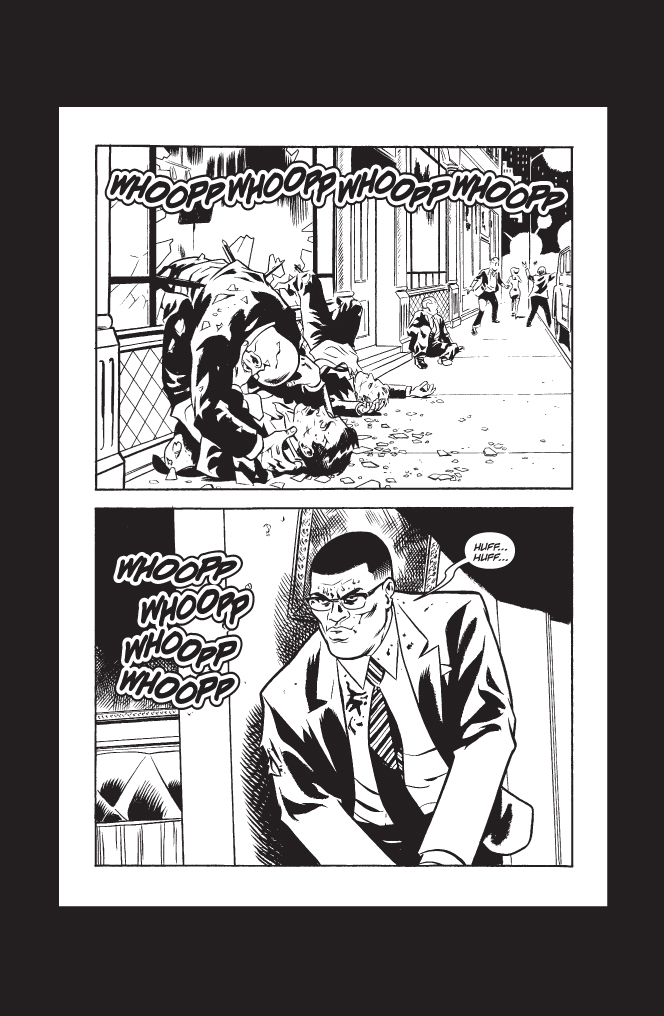 Gary Phillips opens Cowboys with a shootout, and then zips back five weeks in time to introduce a considerable cast and their shortcomings. It involves the police and the FBI tracking the same person, Imam Aziz, whom both organisations believe to be very dangerous, only posing as a community activist at his local mosque. He’s associated with Mig Coles, a man who funded his legitimate record label with earnings from street drugs. Set against this pair are FBI agent and straightlaced family man Tim Brady, and street cop Deke Cotto who’s unconventional, but gets the results that counts.

With that contrasting pair Phillips has to be careful to avoid cinema cliché, and while they’re not teamed as a buddy act, he doesn’t entirely manage. The cast being so large means Cowboys is never predictable, but a fair number of scenes have the feeling of familiarity to them as Phillips attempts to establish threat or suspense. The suspense is a little easier with this type of one-off story where safety’s not guaranteed, especially with knowledge of the bloodbath shown at the start hanging over everything. Brady is cemented as the all-round good guy who you’ll want to see safe for his family’s sake, but a clever aspect of Cowboys is how Phillips twists our expectations about the cast. The graphic novel may be black and white, but the motivations are shades of grey.

Whether working in black and white or having his pages coloured, Brian Hurtt is very under-rated. Cowboys is early in his career, yet his art is the total package. He’s disciplined when it comes to the storytelling, packs the panels with people and scenery to ensure circumstances transmit as real, and for a story that requires a lot of people he designs them distinctively enough so we know who’s who.

That’s ever more important as Phillips and Hurtt move deeper in. There’s a fair amount of quick chopping between people and locations, with Hurtt excellent on a fast-moving scene with multiple people once the action dam finally breaks. The fallout is interesting, but the ending fails. It’s true to established characters, and there’s a good extra layer of motivation, but much of it seems contrived for drama rather than remaining relatively true to life. Still, before then it’s been interesting seeing the cast go through their paces, but Cowboys isn’t as gripping as it should be.