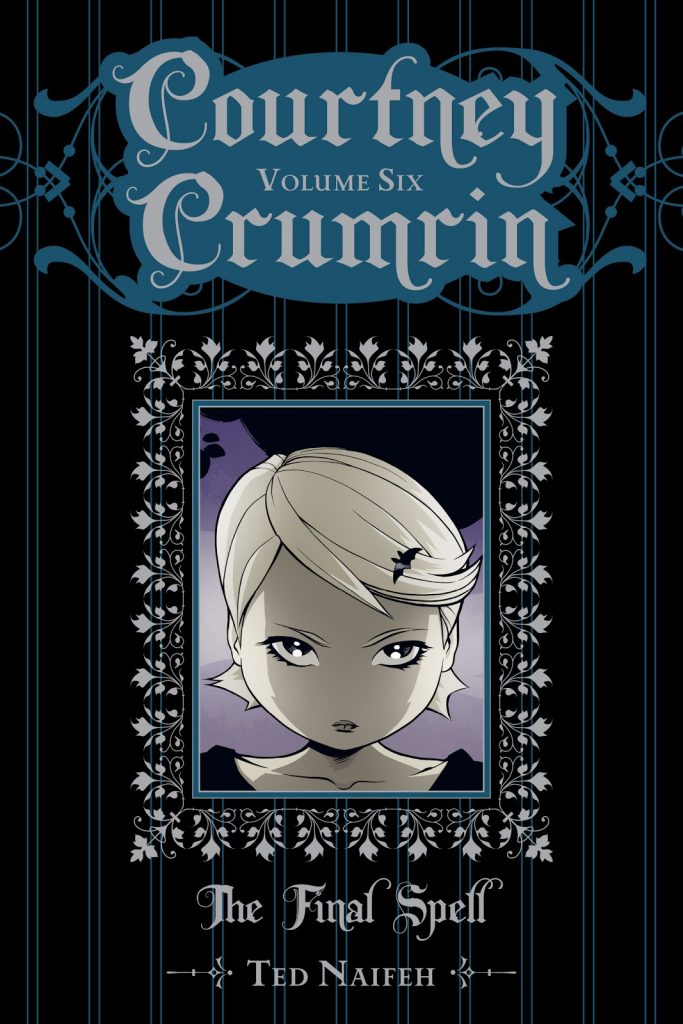 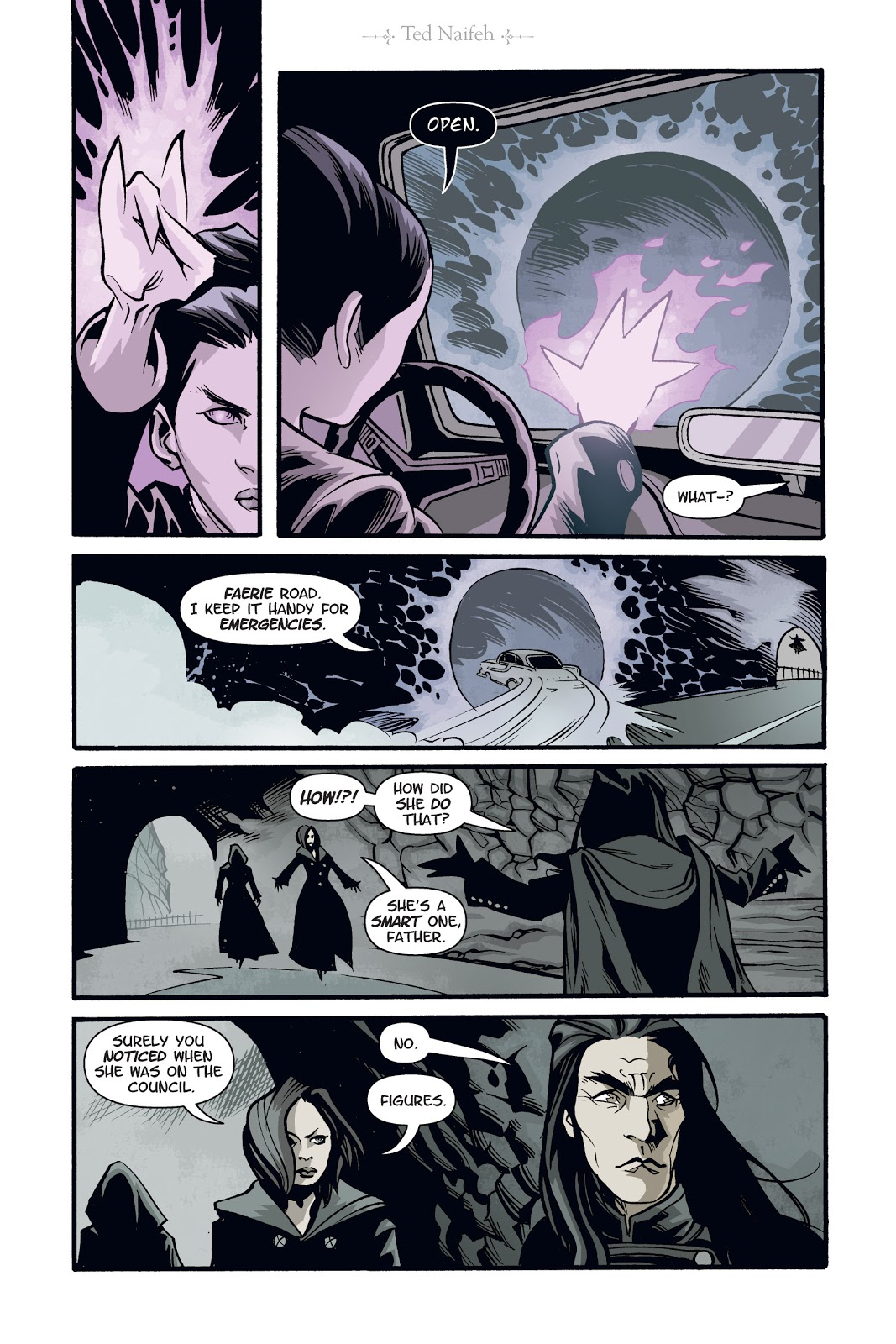 Since coming to live with her eccentric Great-Uncle Aloysius, Courtney Crumrin has time and again ignored his warnings about messing with magic, and only just extricated herself from the results. That’s now come home to roost. The magical community has strict regulations that Courntney’s been breaking throughout the series, and fearsome punishment awaits transgressors.

In earlier books when he had Courtney escape by the skin of her teeth or involve humans in her activities it seemed as if Naifeh was just repeating the conventions of children’s stories and fairy tales, so the introduction of consequences is an interesting development. Previously Aloysius turned a blind eye to Courtney’s activities beyond helping out when she was over her head, and he’s disdainful of the Mystic Counicl, but they now have a hold on him. In The Witch Next Door he committed to tracking Courtney down when she escaped them. Also coming into play is the idea that some mystics want to repeal an edict forbidding the use of magic in the wider world.

Throughout the series Naifeh has presented Aloysius as aloof and resolutely independent, but seemingly with a strong ethical code, yet here he successfully casts doubt on that portrayal. The background has similarities to the corruption of those enforcing the rules of magic in the Harry Potter books, but considering the redemption that plays out from it, that’s a facile comparision.

Having made the move to colour with the previous book, for most of The Final Spell Naifeh greatly restricts it for a very effective look. Until the fifth chapter few pages contain more than black, white and a single colour, most frequently a greyish blue. There’s a point to this, one well made, but somehow Courtney’s world is better for reflecting her gloomy mood.

It’s surely giving nothing away to note that Naifeh’s series ending is consistent with everything he’s done, and a fine piece of writing. He forgets no-one along the way, it’s suitably epic, and we finally learn who’s been narrating the series. It’s been quite the journey for Courtney, and probably one Naifeh wouldn’t have imagined when he wrote Courtney Crumrin and the Night Things. Echoes of it are included in the bonus material with a prototype Courtney strip, interesting in highlighting the changes made for the final version.

That’s it for Courtney herself, but there is another book bearing her name and set in her world, Portrait of a Warlock.