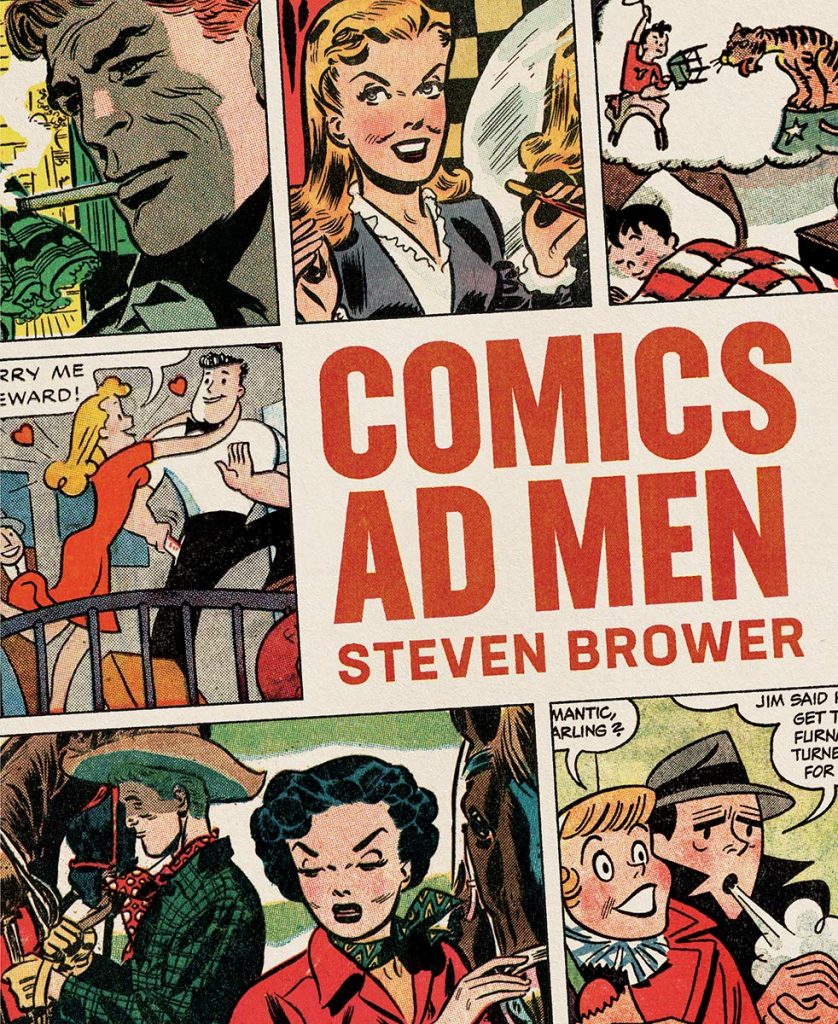 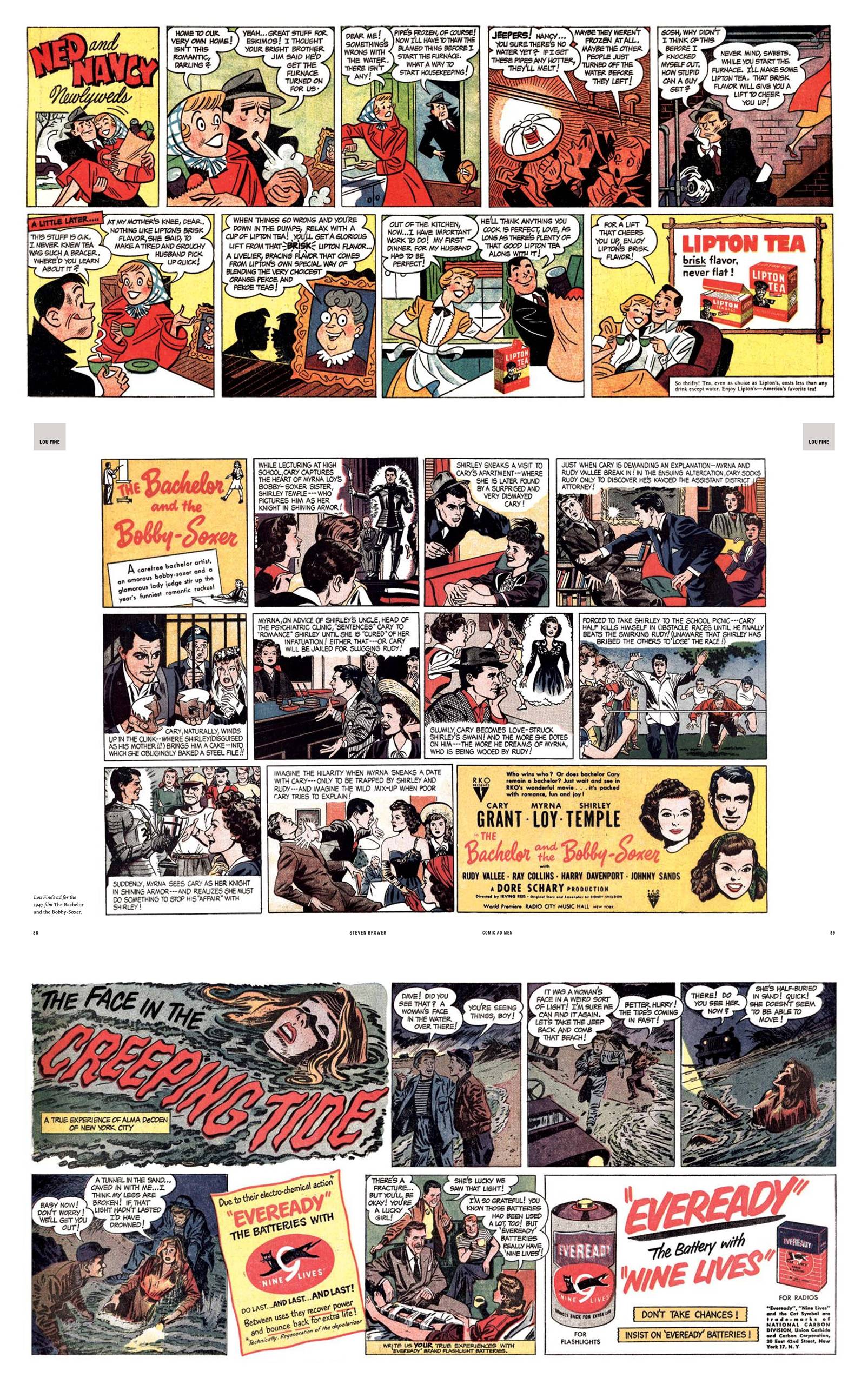 From today’s perspective a comic strip advertising anything instantly nails it to a byegone era, which isn’t entirely true, but they’re a microcosm of print adverts, which are in decline everywhere. It wasn’t always that way. Steven Brower’s enthusiastic presentation contextualises how from the earliest days of newspaper strips, creating advertising strips was a lucrative sideline. Indeed, advertising became a main career for more talented comic artists in the 1940s and 1950s. If not creating continuing product boosting strips, once syndicated around the USA, there was the option of storyboarding TV ads. An earlier generation of cartoonists were famous enough to supply endorsements. Did George McManus really rate Rheingold beer? A year before his death he was happily extolling its extra dry quality. Over a dozen introductory pages Brower draws the connections between the advertising agencies and known comic creators, before the meat of Comics Ad Men, page after page of strips and illustrations most fans have never seen by names to salivate over. Don’t skip the introduction on the way to the gold mine as it’s also treasure packed. Did you know Green Lantern’s creator Martin Nodell, along with fellow DC alumni Sheldon Moldoff and Bill Finger, also created the Pillsbury Doughboy?

The sample strips combine advertising work from Dik Browne, Lou Fine and Creig Flessel in three very different styles, Flessel’s horror approach positively eye-opening. Another allegedly true story adapted by Flessel and showcasing the power of Eveready batteries in a torch is even more horrific. Other known names whose work features include Neal Adams, Dick Ayres, Jack Davis, Hank Ketchum, Mort Meskin, Frank Robbins, Noel Sickles, Joe Simon and Wally Wood. While all artists featured began in comics, some switched very quickly to advertising and their names aren’t as familiar despite talent to match the artists who are known. Jack Betts can switch between equally polished naturalism and cartooning, Jacob Landau’s illustrations are extraordinary, and Marvin Stein’s work is fantastic whether cartooning, illustrating or creating strips.

While Brower’s purpose is to present the artists, the content holds an inevitable fascination, the glimpses back to a time when it was perfectly acceptable to title a strip ‘You Can’t Believe a Woman!’. The constant flow of cigarette ads surprises. Bob Bugg has Sgt Bilko punting Camel, a bunch of walkers lost in the woods in Tom Scheuer’s strip find comfort in Viceroy, and in pre-Marlboro days Philip Morris apparently had a man’s kind of mildness in Alex Kotzky’s continuing Duke Handy strips.

Anyone longing to see the Roller Disco Devils terrorising the town again won’t find them among the three Hostess Fruit Pie ads featured, so Comics Ad Men is far from exhaustive. It’s a prime sampler, though, and begs for a more thorough exploration.