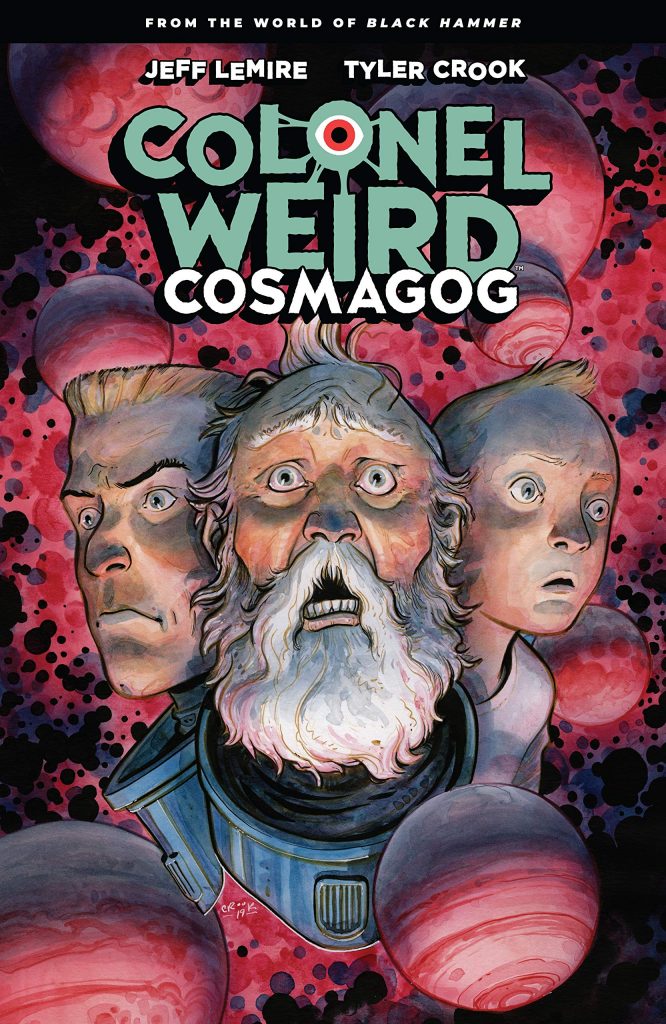 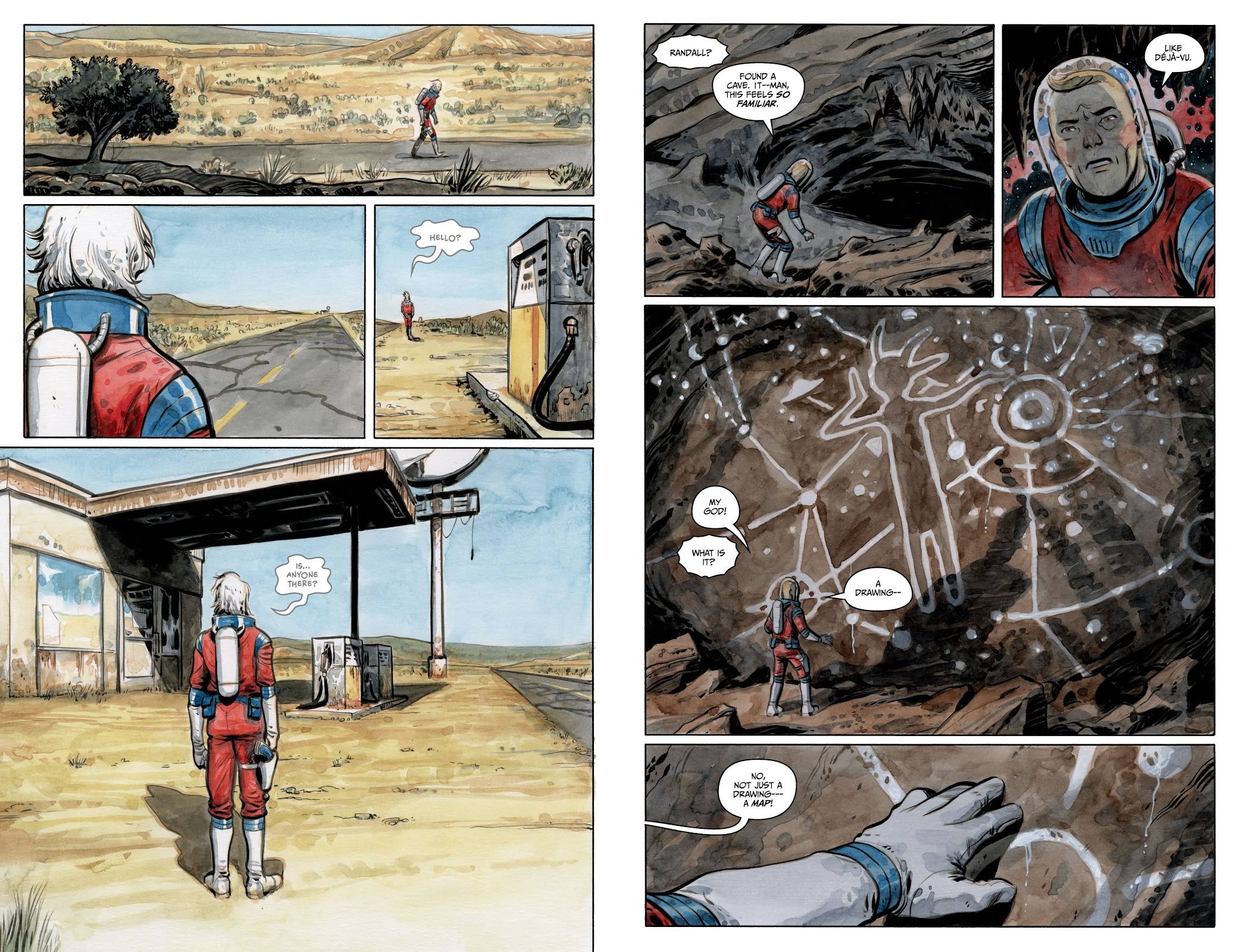 Of all the remarkable characters introduced in Black Hammer the one who remained furthest beyond understanding was Colonel Weird. Without spoiling the core series, his was ultimately the integral knowledge, but he presents as fractured, long past the former joyous other-dimensional adventurer, his consciousness no longer entirely connected.

Jeff Lemire takes his lead from that lack of an anchor and tells Colonel Weird’s story in fragments, flitting back and forth between past and present, what we know and the unknowable, and in doing so constructs a jigsaw we can piece together. With Randall Weird being a lonely child, and a subsequently disjointed adult, Lemire is again meditating on his preferred theme of isolation. At almost every stage of his life Randall is a man set apart. Tyler Crook underlines this artistically with small figures of child and man generally set among large vistas, or if Randall appears closer the surroundings are stranger. Crook and Lemire together build a picture of the terrible solitary loneliness of a man condemned to relive incidents from his life again and again, but unable to affect any outcomes. It’s heart-rending.

Crook draws Cosmagog in a style very similar to Lemire’s art. It’s tighter, but the same emotional strengths apply, and his colours render a past as if everything is somehow the 1930s, from Randall’s childhood to the SF pulp visions of the era he lives out. It’s deceptively accomplished.

Among the events relived is the Anti-God’s attack on Earth, readers of Black Hammer aware how that concluded. However, Lemire slips something by us, making us ignore a question we should be asking, a question of fundamental importance, but one that will only occur to those who’ve read Black Hammer, and that’s a slight weakness in this redemptive tale. It supplies what the sympathetic will want after three chapters of recurring misery for a lost soul, yet it’s divisive. Those in the know will be touched and celebrate, while anyone taking a chance on Cosmagog without reading the parent story will be justified in feeling the final pages are from left field and a weakly convenient conclusion.

It’s a clever ending, though, as it’s ambiguous. Is it final, the only healing Randall will achieve, or is it a first step? Only Lemire knows for sure. This isn’t for consumption by the already depressed, but Cosmagog is a work providing hope in the darkness with a depth of feeling rarely seen in comics featuring what’s essentially a superhero.