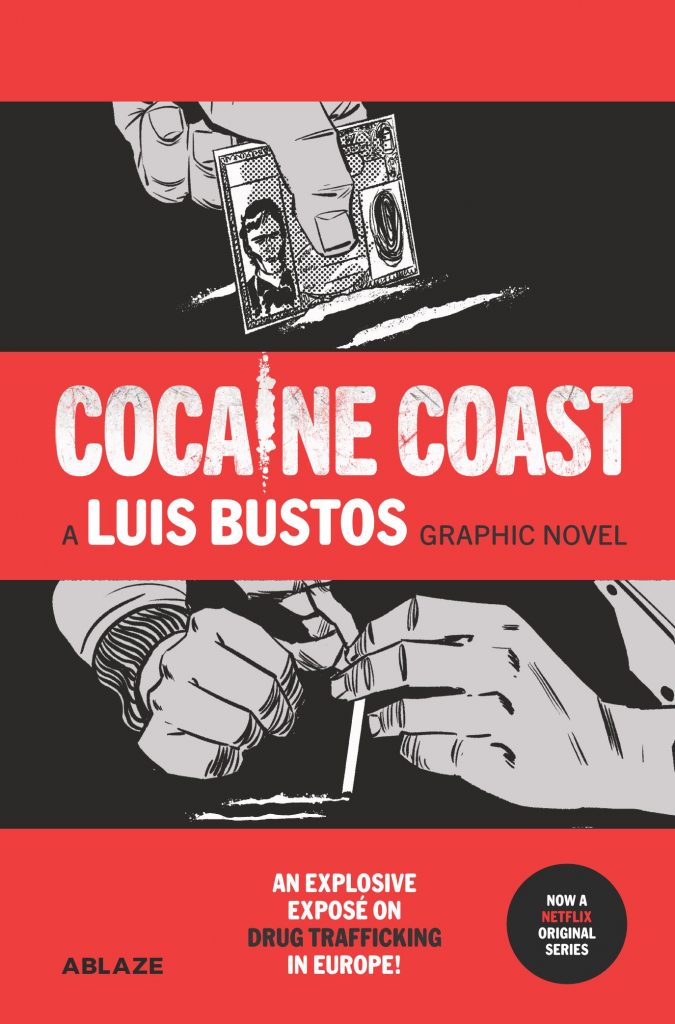 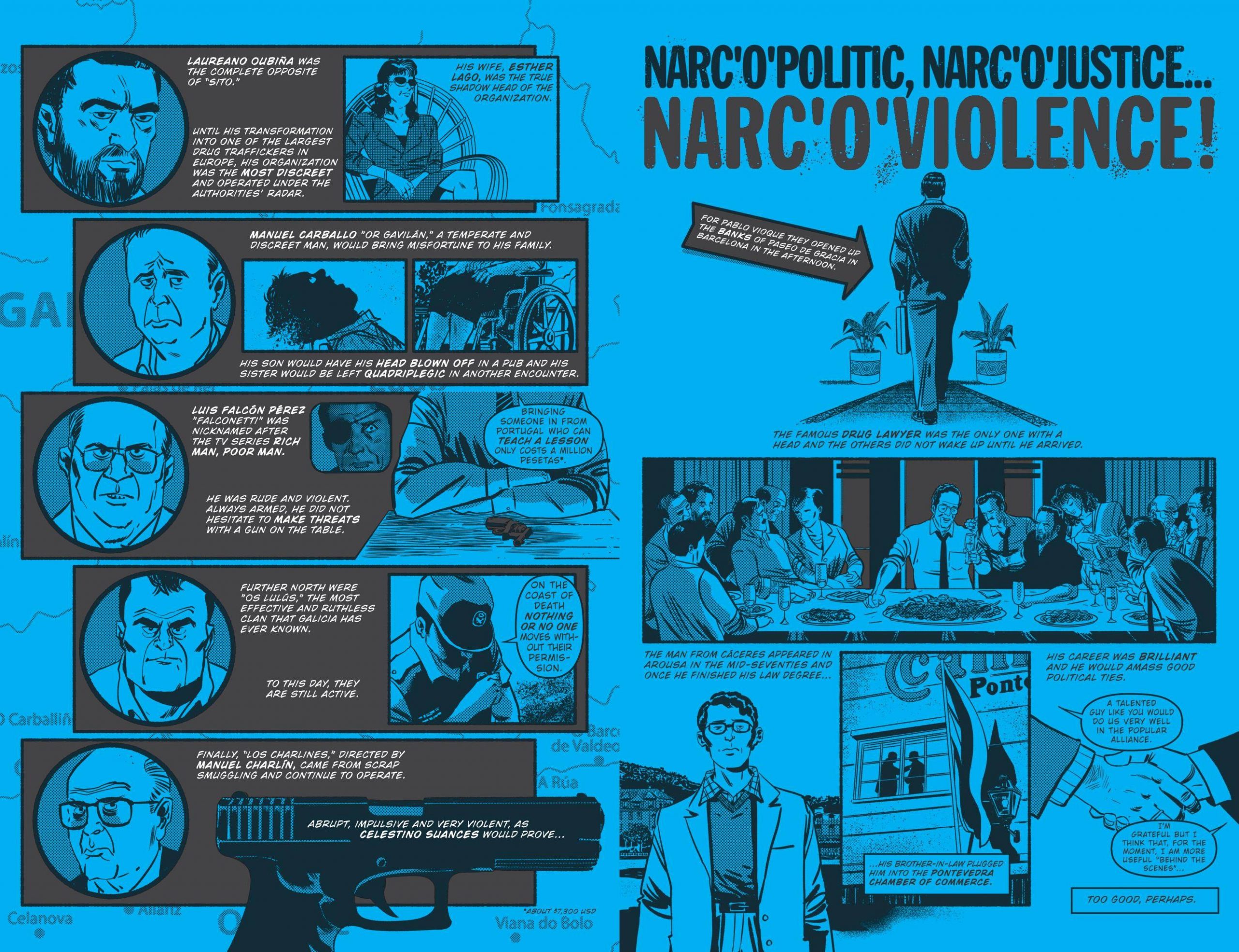 The Spanish region of Galicia is on the country’s North-West tip, bordered on two sides by the sea, with the South sharing an estuary border with Portugal. The ease of furtive access to Galicia means smuggling has been historically associated with the region, and Nacho Carretero’s 2016 book Fariña (Flour in English) investigates that along with how in the 1980s the coast became Europe’s main entry point for cocaine. It was dramatised for became a TV show titled Cocaine Coast in 2019, prompting this graphic novel adaptation by Luis Bustos.

From the opening pages it’s clear that Carretero’s book is densely detailed about people and places, so Bustos hasn’t taken on an easy task. Contracting it for a visual presentation while still ensuring the important elements remain leads to a slightly off-putting first chapter. Bustos might have been better picking up after Carretero’s information about how the cigarette smugglers of the 1960s became the drug smugglers of the 1980s. Many spotlighted don’t have a part in the main narrative, but what the chapter establishes is how the entire economy and political structure was dependent on smuggling, with family homes and churches used as warehouses. An irony is that much of what would later occur was plotted when Colombian gangsters and Galician smugglers shared the same jail.

Cocaine Coast is a forensic study and Bustos matches the text detail with artistic density, creating one refined cartoon portrait after another, laying his panels over maps so the place is subconsciously absorbed, and drawing city and countryside with equal observation. He also slips in clever allusions, such as the poses from Leonardo DaVinci’s The Last Supper. Choosing to go with a colour combination of black, white and blue is brave, but it works, providing a unique look.

While episodic, there are numerous fascinating characters spotlighted. One major smuggler lived ostentatiously ran numerous companies not in his name, yet claimed poverty and drew unemployment benefit. Members of another gang won the lottery eighteen times over the years. Bustos details how many suspects were extremely careful, but underlying everything is the question of how much political will there was to put the smugglers out of business. Certainly none in Galicia. Carretero’s documentation only appeared a year after the final imprisonment mentioned, and many others were only brought to justice in the 21st century, by which time family-based clans had been operating for over twenty years, leaving a trail of bodies.

After noting the main players, the devastation of what they did is spotlighted, personified by the tragic fate of a football team. The upside is the success of Carmen Avendaño’s Mothers Against Drugs, evading assassination attempts, and her story eventually turned into a film. However, there is no happy ending. A demand for drugs all over Europe and Galicia’s ideal geography mean that lengthy battles to jail the major smugglers only result in replacements stepping up.

Carretero’s original work was brave and detailed, and he supplies a essay at the end adding to it, and whether you’re attracted by the reportage or the TV show, Bustos transfers the history, tension and outrage. 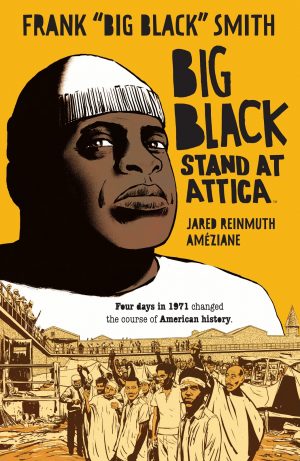