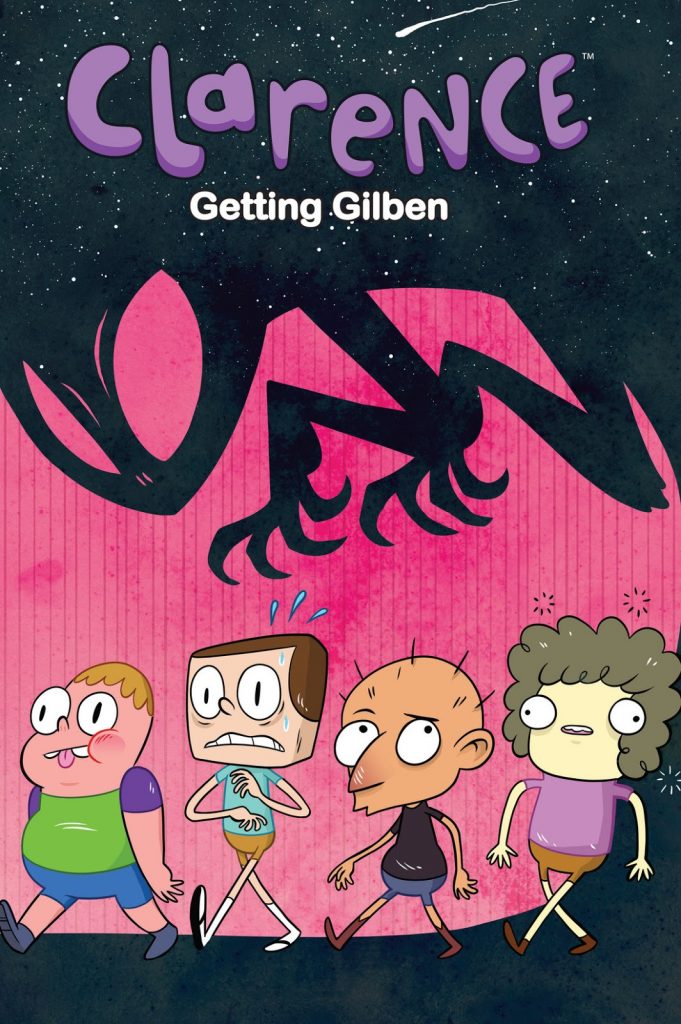 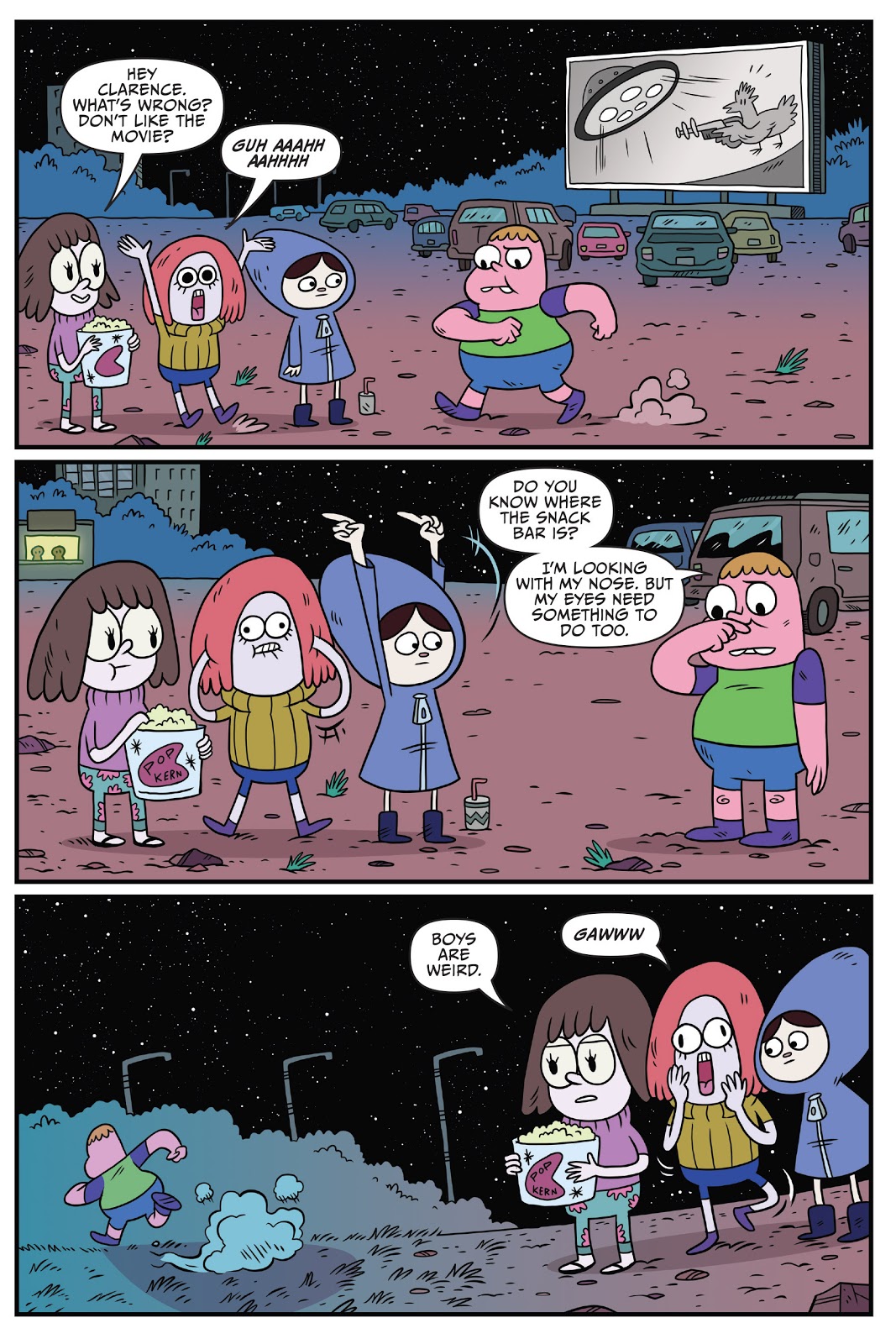 Clarence and his buddies have sneaked into the drive-in cinema, and when Clarence goes in search of snacks he sees Gilben kidnapped by two men in dark suits and shades. Fortunately he can convince Jeff (extremely reluctantly) and Sumo, and they’re able to jump into the back of the van into which Gilben has been thrown. Can they rescue Gilben and escape from a top security base?

Getting Gilben has a greater structure to it than the previous Chicken Phantom, with Derek Fridolfs providing a linear plot rather than stringing gags together loosely, and so this is far more entertaining. Imagine Rugrats loose in the world of X-Files and you’ve got the premise. Due to that premise, however, it’s slightly more sinister than the previous graphic novel, and so possibly unsuitable for an all-ages rating. Fridolfs feeds in jokes about the unfettered curiosity of scientific research, and the lack of concern shown for humans in the name of progress and results, and bedrock conspiracy theories. In the TV show there’s an eerie quality about Gilben and his lack of verbal communication, and Fridolfs exploits that well also.

New artist Matt Smigiel is preferable to the previous incumbent. He captures the look of the show, but also has a grimy quality to his art, like someone who’s grown up with Gary Panter and Garbage Pail Kids as inspirations. His locations drip creepiness, his baddies are appropriately dead-eyed, and whether the little visual jokes are down to Fridolfs or Smigiel, they work just fine. Doctor Banner’s sign suggesting the avoidance of Gamma Canyon is great.

This is a big improvement on Chicken Phantom and the Clarence graphic novel to get if you just need the one.