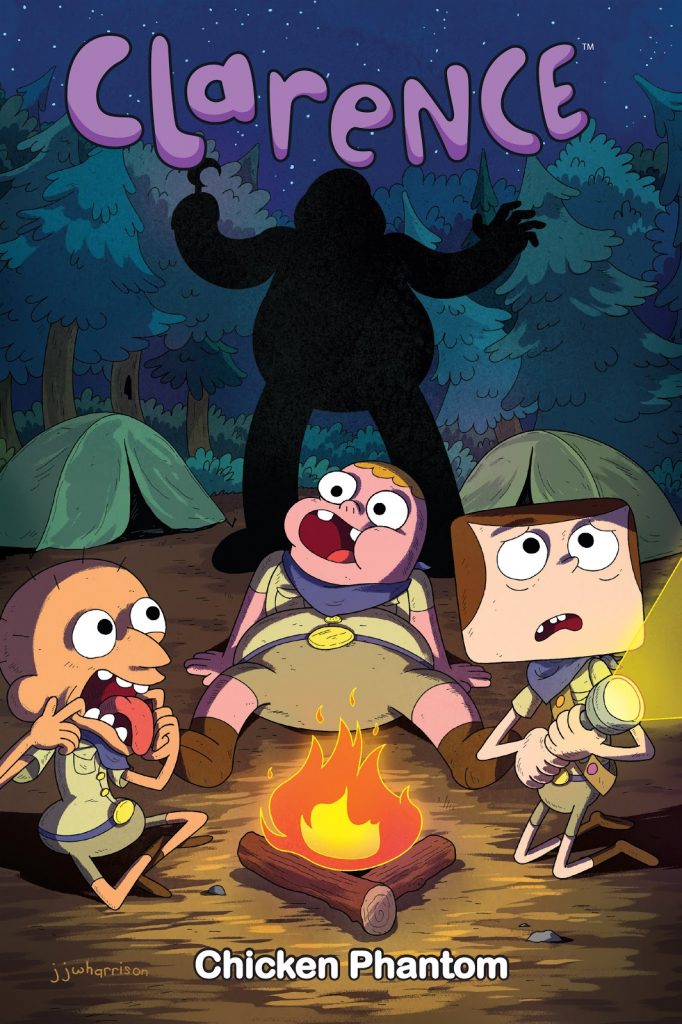 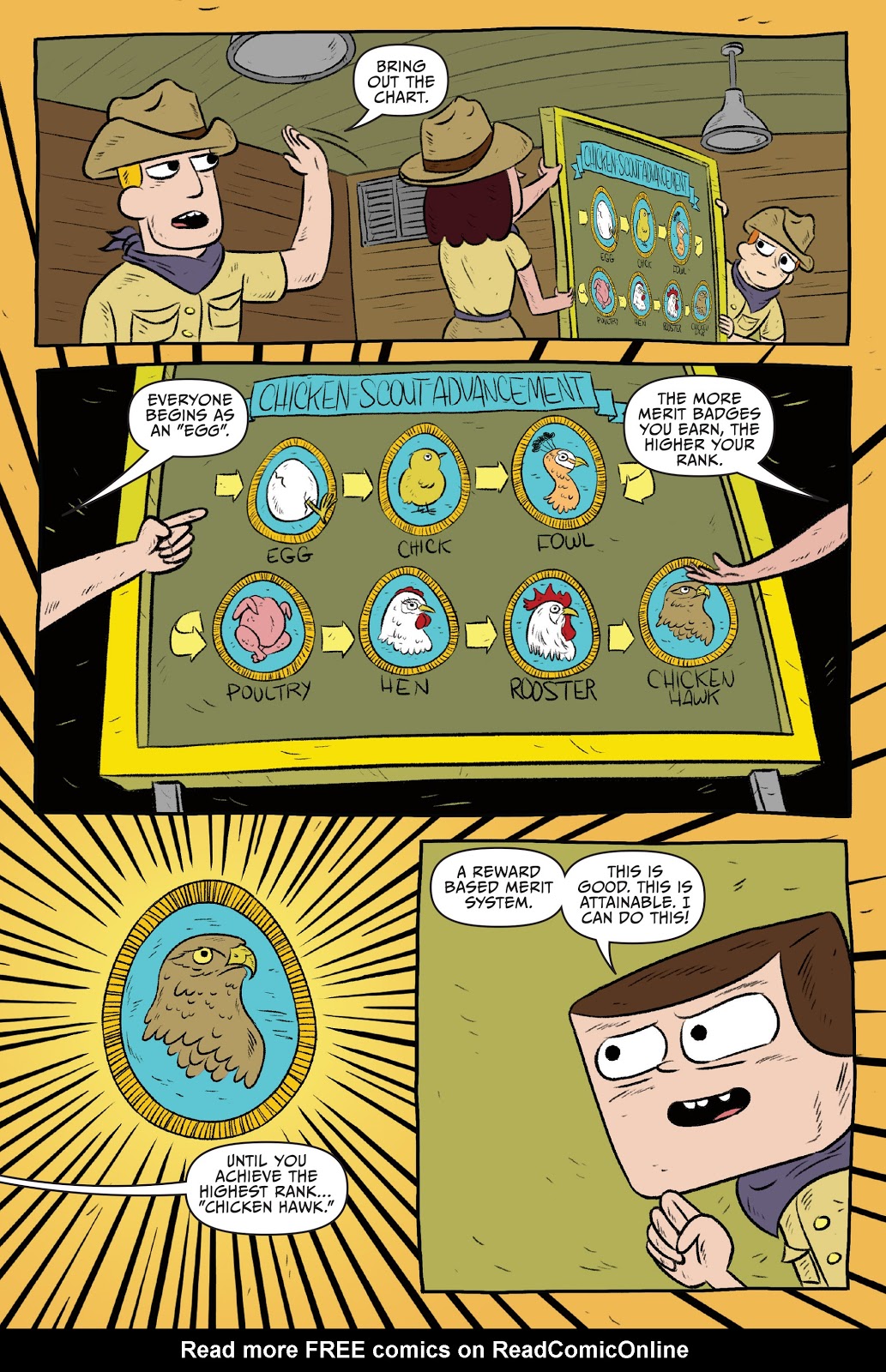 Clarence is an impressionable, if somewhat food obsessed, nine year old sold on the idea of becoming a Chicken Scout. Chicken Phantom details his adventures in Chicken Scout Camp.

Derek Fridolfs strings together Chicken Phantom by separating individual chapters around the idea of the Chicken Scouts earning different merit badges, then constructing gags around the incompetence of Sumo and the super efficiency of the motivated Jeff, with Clarence falling nearer the failing grade. Efforts are hampered by Buddy the bully and his chortling henchmen. As the story continues, Fridolfs becomes more expansive, moving into general camp activities for his slapstick situations.

No separation of art duties divides the credited J J Harrison and Cara McGee, but the look is consistent throughout, so it presumably breaks down to a pencil and inks combination. It’s standard, deliberately ugly 21st century animation style, simple and effective, and good when it comes to defining personalities.

The Chicken Phantom itself first makes an appearance as part of an orchestrated ghost story with effects that completely fails to fool the kids, but recurs later in a different form soon after Sumo goes missing. Is it real?

This is aimed at a young audience, so it’s understandable that the bullies aren’t too threatening, and the frights not too scary, but beyond that there’s little to spark the imagination. The jokes are obvious and Fridolfs adopting the decompressed storytelling style of superhero comics is directly at odds with the generally fast pace of animation. There are too many panels not advancing the story, creating mood or building character, and ultimately Clarence isn’t as enjoyable as it could have been with a greater density. The follow-up Getting Gilben is much better. 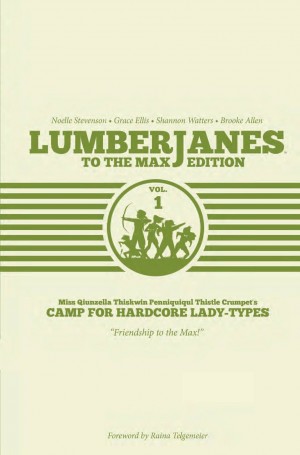