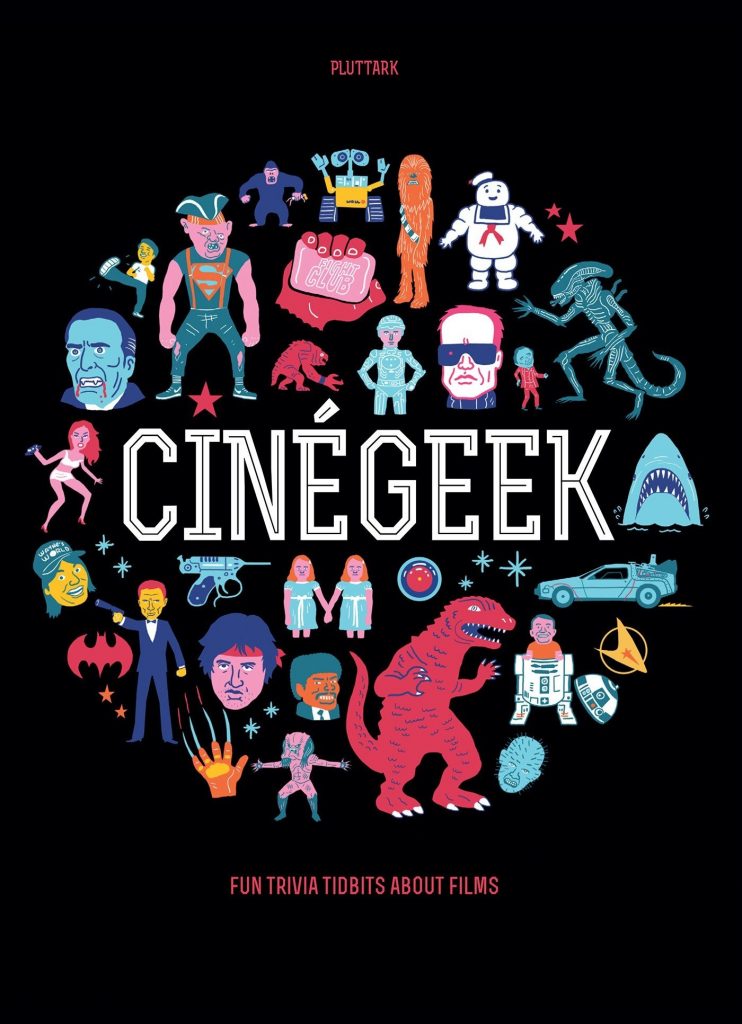 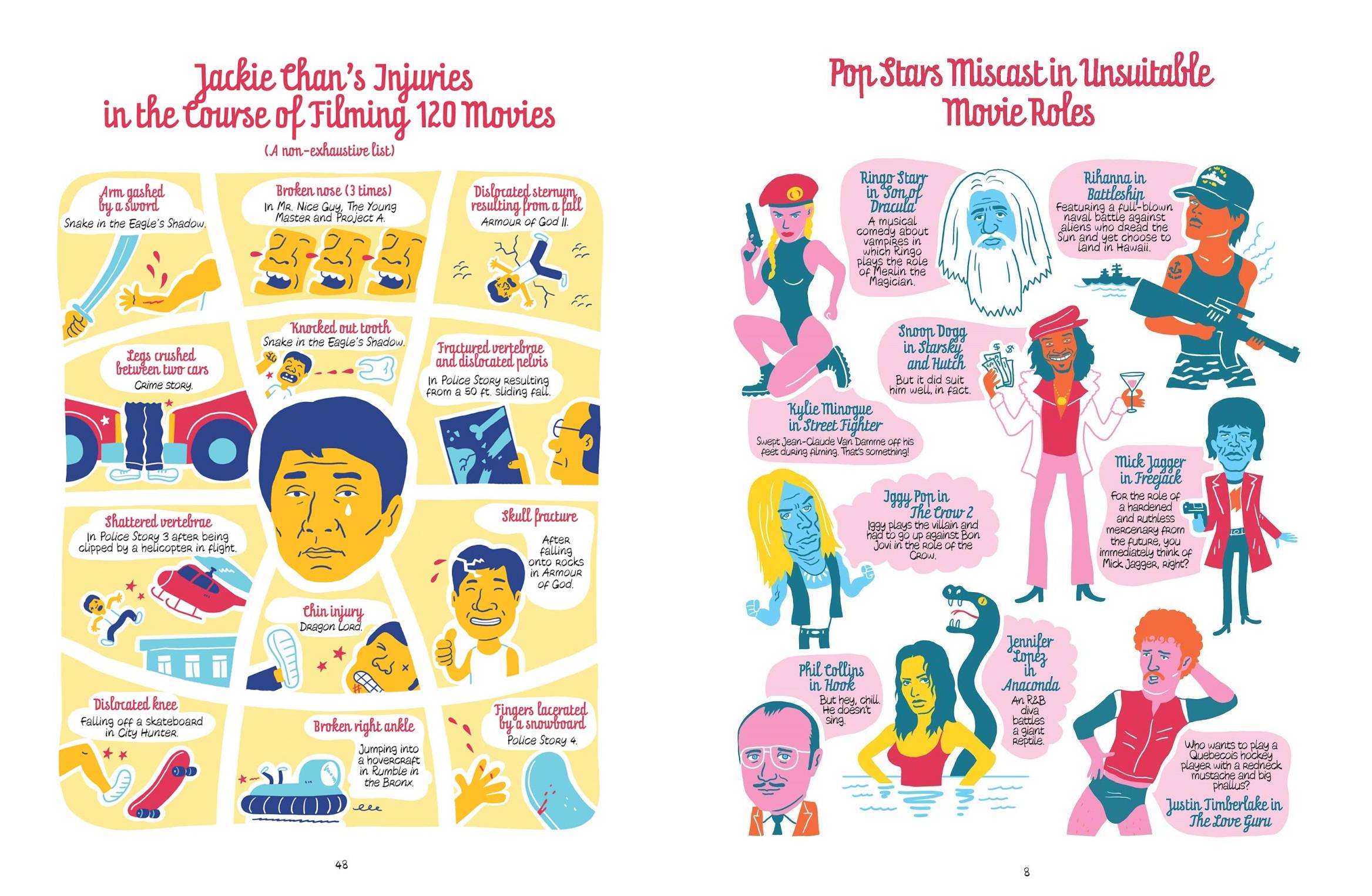 Are you obsessed with cinematic detail and movie trivia, yet with a taste that doesn’t stray very far from Hollywood? Cinegeek is something for you to wallow in. It’s essentially a sardonic book of lists, yet informed by a love of cinema that never tips over into sycophantic reverence.

Pluttark (Rudy Spiessert on his birth certificate) has an agile mind able to flit between films and make connections. Not only has he calculated how many times Robert DeNiro has died on screen, he’s produced an illustration listing fourteen different demises. He highlights a dozen mishaps for the Statue of Liberty, nine films that made loads of money with unknown actors, or bizarre Japanese film genres, and provides height charts for fifteen leading actors, then fifteen leading actresses. All are representative of so many pages that would make great posters, t-shirts, or beer mats (or tea towels, for those who still use them), a strong design sense combining with simple cartooning and a vivid sense of colour. Pluttark’s representations of Hollywood’s greats are recognisable in context, which is of course all that’s necessary, but perhaps wouldn’t prompt instant recognition otherwise. Sometimes there’s an almost Warholesque repetition of image, such as with Nicolas Cage’s assortment of eccentric hairstyles

Occasional glitches manifest, such as Coen Brothers film The Man Who Wasn’t There referred to as The Barber, presumably a translation of the French title, while some items are just too obvious. Films that can be summed up in one line? Can’t most? Overall though, as with all educational and trivia books, you’re going to learn some jaw-droppers, of which the secret of Michael Myers’ Halloween mask takes some beating. Perhaps there’ll be too much Goonies for some tastes, and not enough references to Hollywood’s golden era, but that’s just being picky.

The sheer joy of the categories and largely spot-on assessments hit home, such as the Michael Bay Film Kit showing the elements common to all his films, or the Tim Burton one consisting solely of Johnny Depp. Occasionally Pluttark pulls something completely out of left field. Six year old Ethel’s plot synopsis of Alien is great, at least what she saw before her mother came home and thoroughly bawled out her father. Perhaps Cinegeek is a book to be dipped into, as there is an inevitable repetition to the approach, but Pluttark has an eye for detail, and has researched well to produce a bundle of good-natured fun.