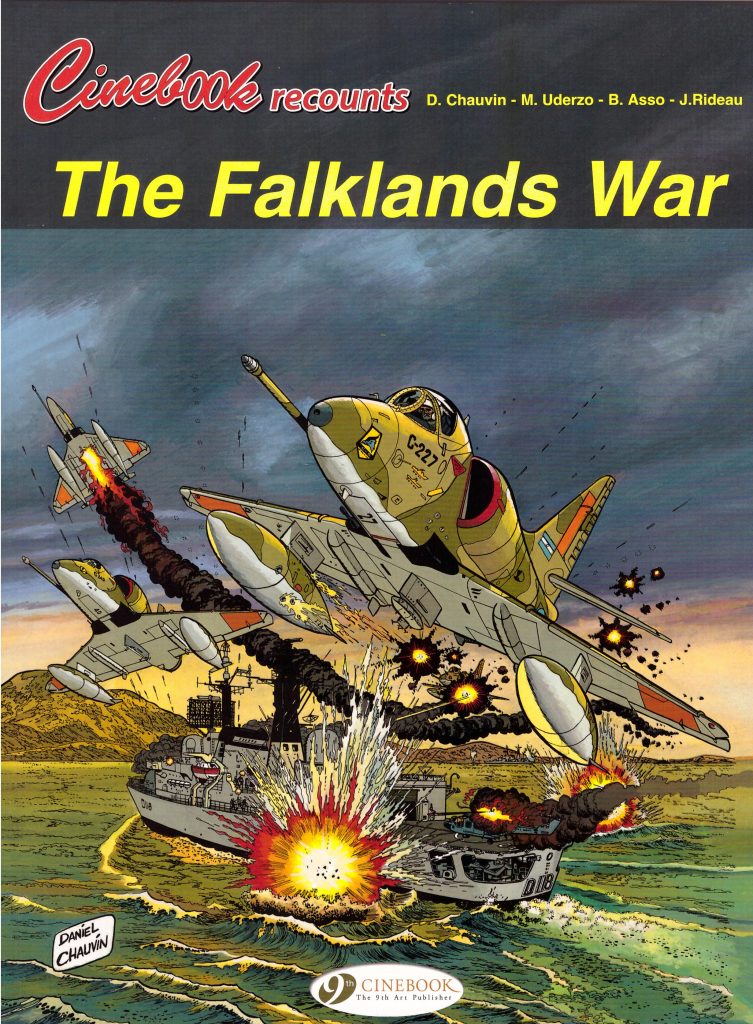 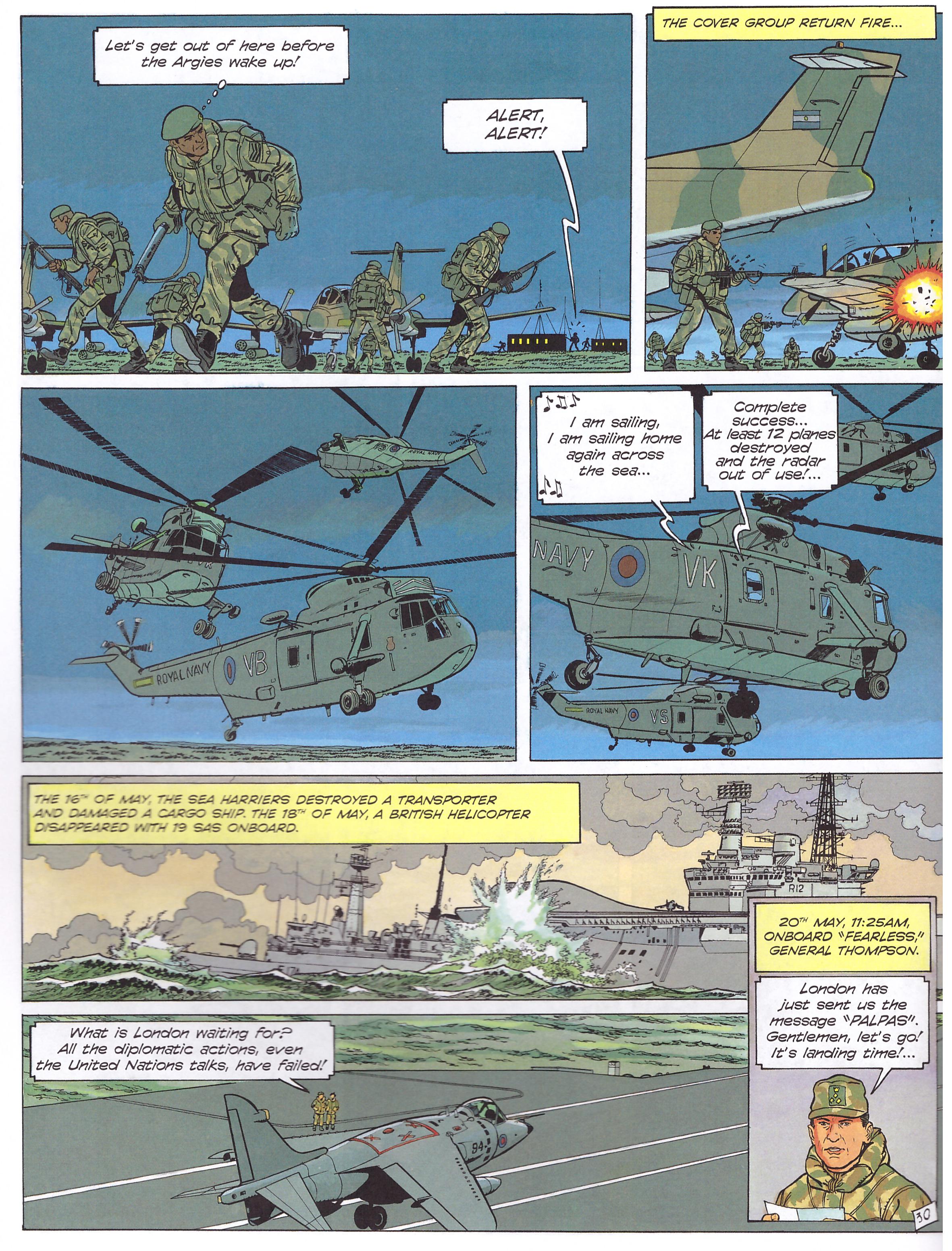 Cinebook’s second Battle book follows the same format as the first, presenting a dry factual run through 1982’s brief Falklands War, in which few people emerged with any credit. Although located in the South Atlantic several hundred miles from the Argentinian Coast, the strategic Falklands Islands had been occupied by the British since 1833. Discussions regarding this had been taking place between the UK and Argentina since the late 1970s, although with no intention of surrender on the UK’s part.

Bernard Asso collaborates on the writing with Joël Rideau, and they keep their script entirely free of possibly contentious views concerning the legitimacy of the conflict. A hardly uncommon opinion has it that British Prime Minister Margaret Thatcher wasn’t diplomatically committed to preventing any conflict, realising the patriotism it would stir up could only benefit the extremely low popularity ratings of her government. A similarly cynical exercise in populism had been calculated by Argentina’s military ruler General Galtieri in provoking disagreements in the first place. The sinking of Argentinian warship the Belgrano with the loss of over 300 lives is mentioned, but it’s hardly underlined that when sunk it was turning away from an exclusion zone over thirty miles distant.

In the previous Battle of Britain artist Francis Bergèse really revelled in the aerial combat sequences, and this art follows that lead with the planes, battleships and helicopters of forty years later. The credits are vague, with both Daniel Chauvin and Marcel Uderzo named. There’s no clear demarcation, and the art is consistent throughout with the technology being a labour of love, and the sequences involving people very stiff. The best of the likenesses is Thatcher, and that’s variable.

While a lot of information is needed for a complete picture, more so than The Battle of Britain, the dialogue is predominantly explanations between characters for the purpose of the readers, and as such is extremely awkward, and just not conversations people would have in so many cases. It’s particularly apparent when two all-purpose journalists accompanying the British troops are featured, neither resembling Max Hastings, the most prominent British reporter present. Elsewhere there’s some bizarre random song lyrics and a supremely awkwardly phrased final summing up from the Argentinians.

If you want to know the bare bones of the Falklands military campaign they’re laid out clearly here, along with some great scenes of military hardware in action. Anyone preferring the inclusion of some nuance with their history will be disappointed.