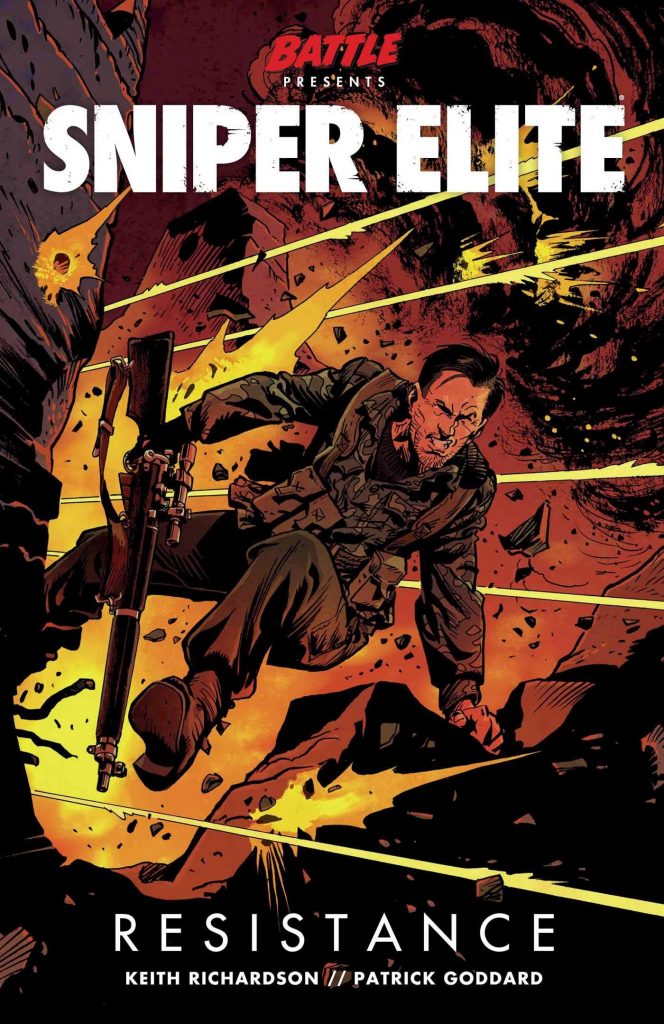 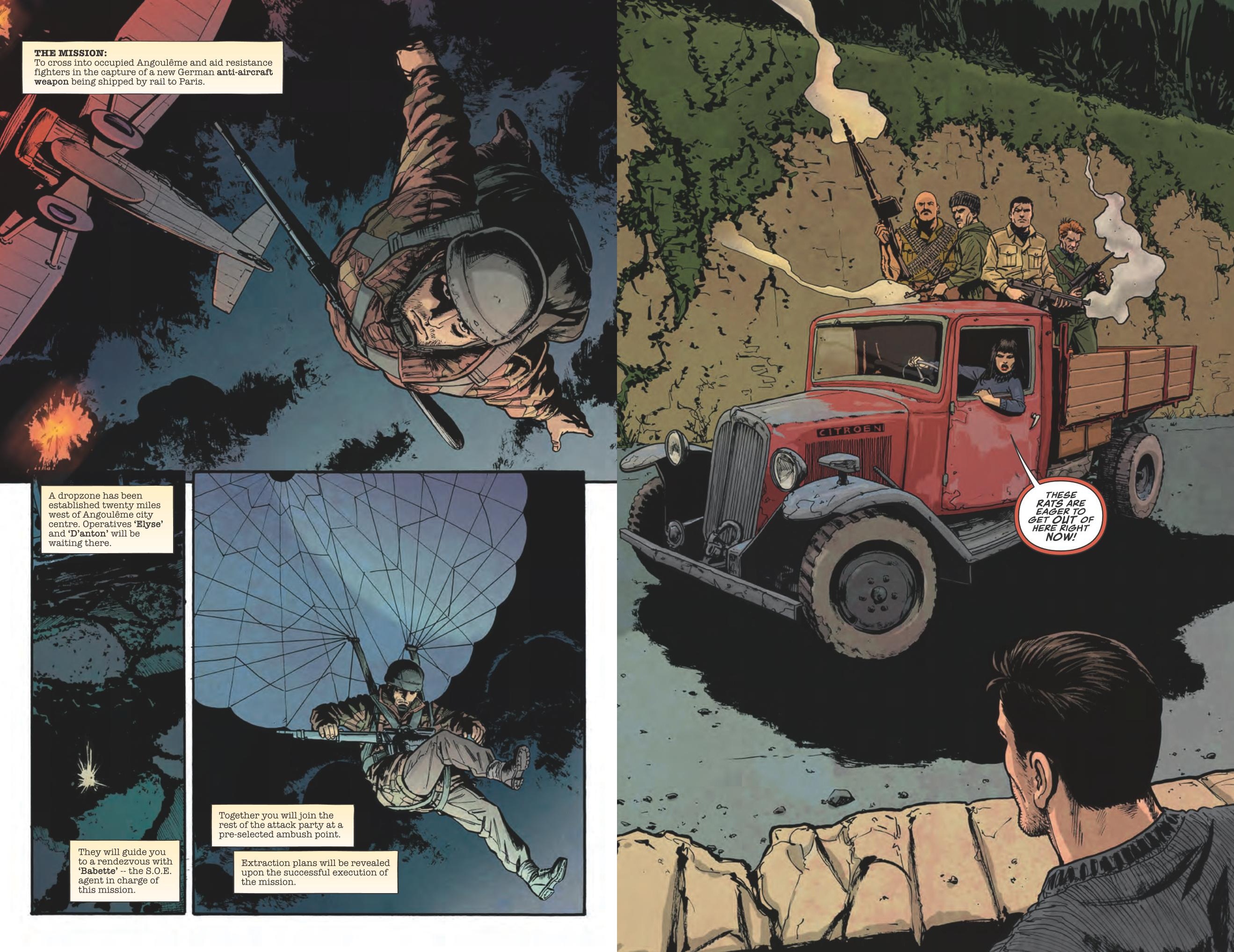 The use of the Battle Presents logo in small lettering above the cover title may confuse, because this isn’t part of Rebellion’s admirable re-presentations of the UK’s comic history. It’s an all-new graphic novel based on the Sniper Elite first person action game, issued by Rebellion’s game company. However, it’s set during World War II, and that logo is justified when Battle favourites the Rat Pack turn up.

So, how good is our sniper Karl Fairburne? As we see on the opening pages, good enough to lean out of a flying plane several hundred feet in the air and kill a German operating the anti-aircraft gun on the ground below. Beyond that, considering what writer Keith Richardson throws him into, he needs to be adaptable and fast. Richardson further honours the Battle logo by giving the feature the type of twist the serialised comic would throw at readers with its World War II stories. Fairburne actually grew up in Germany, and while it’s perhaps too much of a coincidence that his childhood should return to haunt him in occupied France, it provides a strong emotional anchor to Resistance.

There are some really beautiful looking pages from Patrick Goddard. His action scenes have an expanse to them, and his imaginative viewpoints accentuate the danger Karl finds himself in. The plot encompasses a fair variety of wartime scenarios, and Goddard’s good with them all, and much of it being set in the medieval walled city of Angoulême offers plenty of attractive scenery. This is contrasted by a level of explicit violence that may surprise. Goddard’s weakness is conveying emotions, with some early scenes involving a glamorous widow not having the associated sorrow that might be expected from her dialogue.

Richardson’s plot is one of revenge, but not told in a linear pattern. Scenes from the recent past intrude when something in the present needs explaining, informing just enough to set events racing again. Mindful of the video game origins, Richardson provides an episodic plot that shifts gears, but which always keeps the reader guessing. Just like real war, the entire cast is expendable, and with Karl not associated with the game, he’s included on that list.

Resistance is a surprisingly quick read, the graphic novel bulked out with plenty of variant covers and Goddard’s sketch page layouts, but over those pages it provides the necessary thrills. 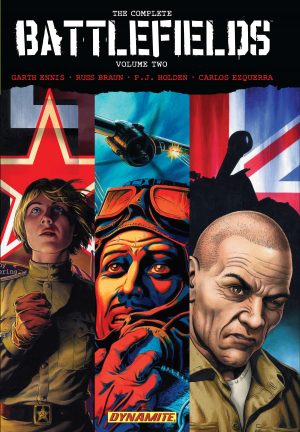