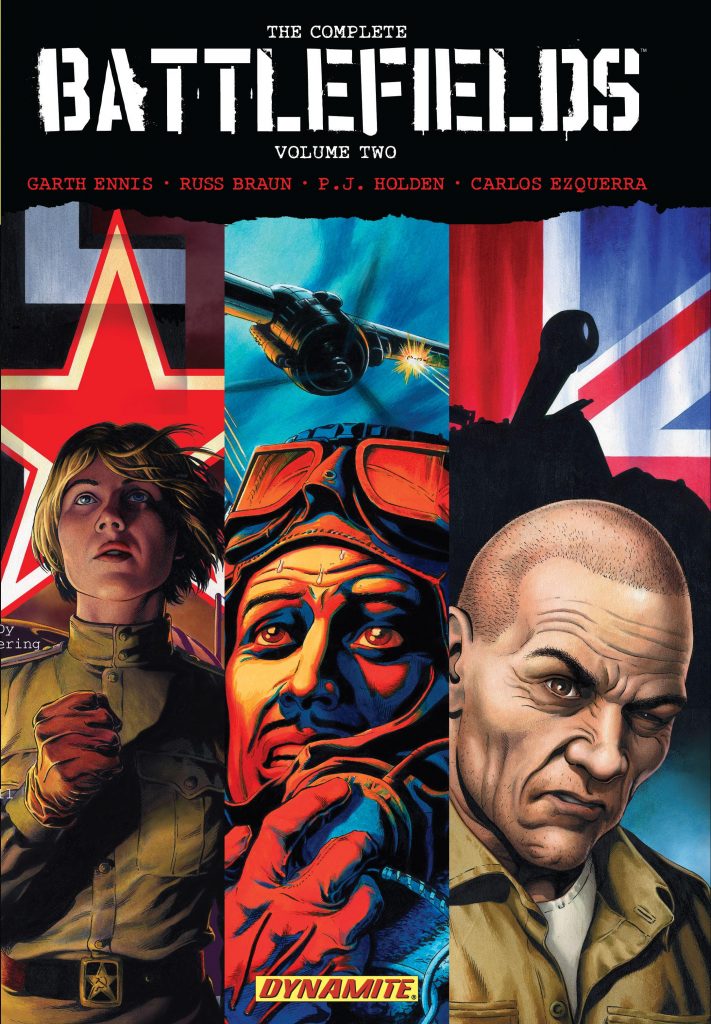 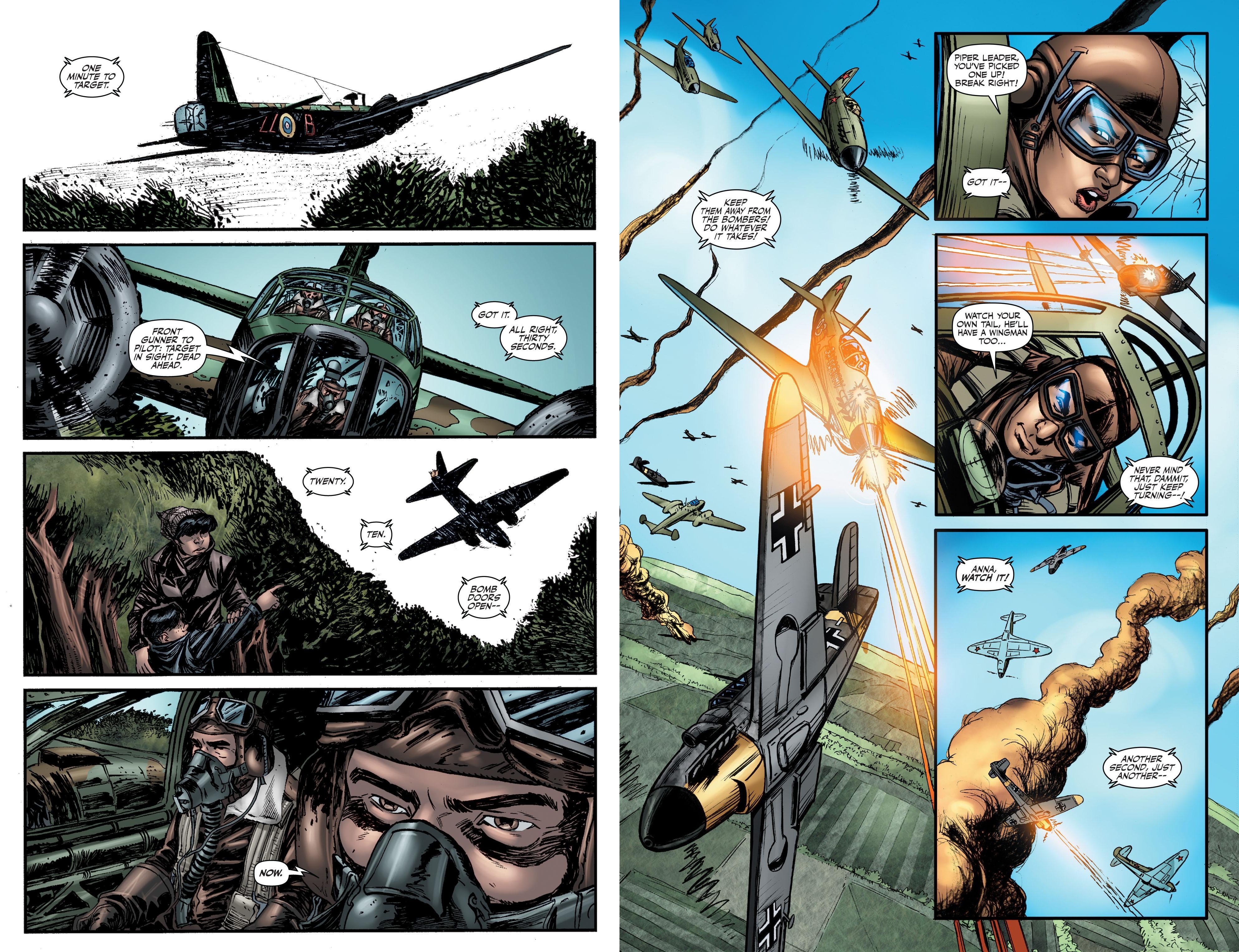 This second compilation of Garth Ennis’ Battlefields graphic novels is again an admirably varied selection of World War II experiences, returning to both Anna Kharkova and Sgt Stiles from the first volume, and coupling them with the experiences of bomber pilot Ken Harding.

In Harding’s tale Ennis highlights the Australian bomber crews that operated from British bases during World War II, flying the massive, cumbersome planes needed to carry the enormous bombs dropped on German cities. Each of the six man crew had a specific purpose, and mortality rates were high, as once caught in spotlights the planes were very susceptible to anti-aircraft fire. It’s a tale of the newcomer winning over the battle-hardened crew, and Ennis swerves unpredictability while artist P.J. Holden combines well with the understated colouring of Tony Avina. The cast can be distinguished in uniform and Holden’s aerial battles encapsulate the drama and danger of bombing missions at night.

Anna Kharkova’s story picks up shortly after the events of volume one, with her skills at piloting a plane finally earning her respect among the Russian men on her airbase. She’s still suffering from her losses, though, and particularly irritated by a stammering young mechanic, Mouse, well characterised by Ennis as someone who’ll be very important in Anna’s life. Russ Braun’s art is good overall. He’s prone to over-exaggerating expressions at times, but when he cuts loose on the battle scenes he’s detailed and spectacular, with the sheer volumes of planes alone over some spreads very impressive. The story, however, rather fades in and fades out, focussing on a few character scenes and the compromised air force command.

If Anna’s story is slightly weaker than her opening outing, the reverse is true for Stiles, with some notable art from Carlos Ezquerra propelling a story in which Ennis explores what motivated fighting men. Why is Stiles so gung-ho, and why would a German tank commander continue fighting with his nation on the verge of defeat? Time is taken to characterise Stiles’ crew, and Ennis adapts a good mixture of hilarious and tragic anecdotes into what’s a very cinematic plot of obsession. Stiles’ introduction was more comic, and while this has its funny moments, it’s driven by some dark motivation. The only weak spot is the ending, which doesn’t quite accentuate the consequences of what’s happened adequately.

If preferred, you can pick up the stories as slimmer individual graphic novels titled Happy Valley, Motherland and The Firefly and His Majesty, while there are follow-ups in The Complete Battlefields Volume 3.