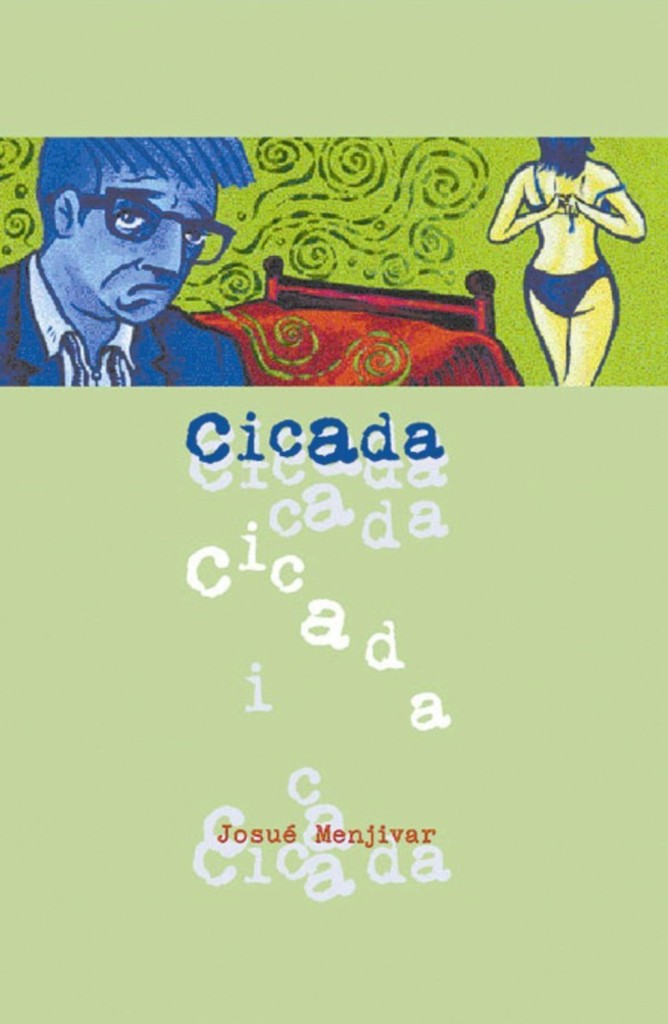 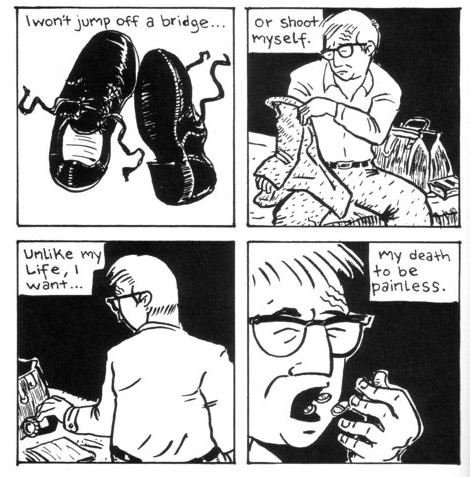 When they began in the late 1990s Top Shelf Publishing expended considerable effort in locating talented creators involved in small press material, and supplying them with a larger distribution network. Such was the case with Josue Menjivar, whose anthology title Broken Fender was consistently varied and interesting. He’d have seemed a safe bet to progress to a graphic novel, but instead proves why the bookies always win.

Instead of stunning with the extra pages he almost produced a flick book, so rapidly can you read them. He further disappoints by starting with an interesting scenario that then transforms into a strained metaphor. There are areas where there’s the annual occurrence of cicadas gathering en masse for a brief period before dying. Thomas, our protagonist arrives at a hotel in a town where the cicada corpses are scattered throughout. He’s there to contemplate his own future following his wife’s infidelity. Is his suicide on the agenda?

The art is only functional at best. This wouldn’t necessarily be a deal killer if the remainder of the story had something to say, but Menjivar drags a simple plot out far too long, his parallels are obvious and not particularly enlightening, and in the end everything is left hanging like the phone Thomas is holding.

Cicada is grim and depressing, but sadly not very good. If Menjivar was funnelling any kind of autobiographical experience into the material, and it has that air about it, he should be accorded every sympathy stopping just short of actually buying Cicada.