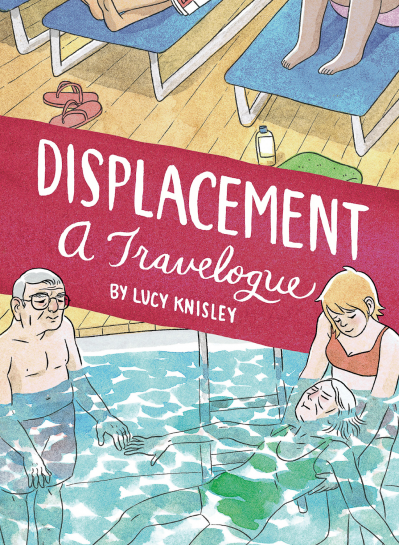 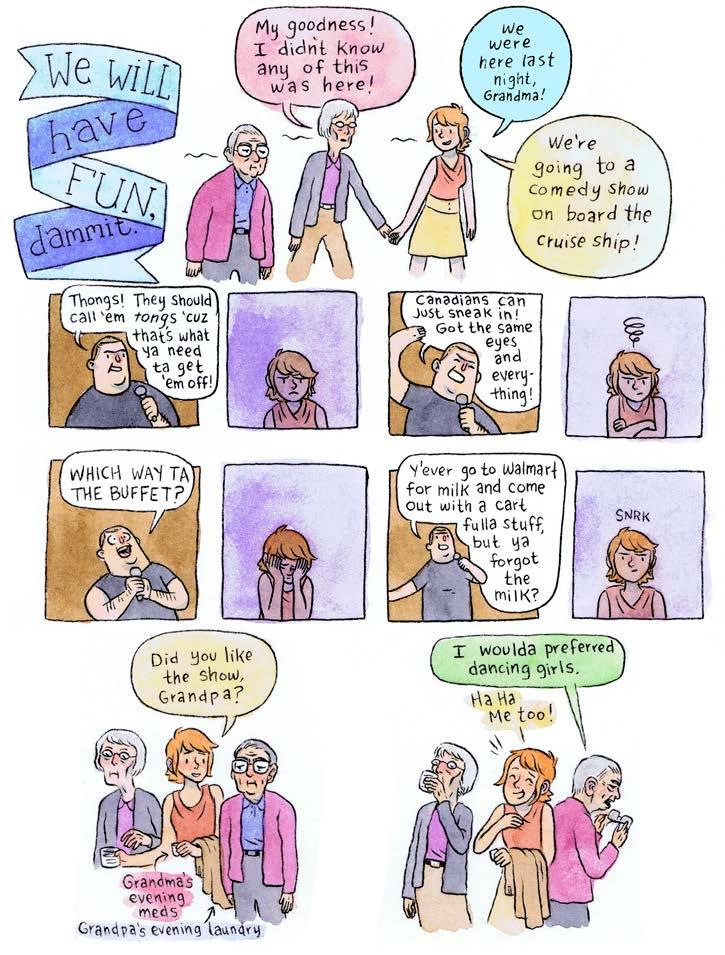 At the respective ages of 91 and 93, Lucy Knisley’s grandmother and grandfather decide to broaden their horizons by taking a cruise. Given their advanced ages, this is a concern to their now middle-aged children, but when 27 year old grandchild Lucy offers to accompany them (costs paid) some fears are allayed. Her motives appear primarily selfish. While she’s already noted she’d like to spend more time with them, the opportunity to experience a Caribbean cruise combined with the possibility of acquiring story material for her autobiographical strips seems to have a greater attraction. If that’s the case, it’s certainly an experience (and a story) that’s earned a dozen times over, as her grandparents are barely capable of looking after themselves.

This, though, isn’t just the cruise, it’s combined with illustrations accompanying excerpts from her grandfather’s World War II memoirs. He’s a sardonic observer, smart enough to see through the brutalising scare techniques applied during training, and puzzled by bizarre sights such as swimming pools filled with corn flakes. These insertions are rather sporadic, their purpose seemingly to accentuate the sad contrast between the active man of 1944 and the frail man of the present day.

The grandparents suffer from a considerable number of infirmities between them, including incontinence, deafness, asthma, seeming onset of Alzheimer’s Disease, limited mobility and limited sight. This is in addition to other conditions requiring copious amounts of medication, and while the ship provides a liaison, Knisley is prime carer. Her duties including frequent use of the laundry, and constant vigilance. Her one indulgence, a snorkelling trip, is a disappointment cut through with concerns about her absence, justified as it happens.

Knisley’s bright watercolour illustrations are largely labelled iconography, resembling the simple style of pictures inserted into other material by artists wanting to pretend they’re the drawings of children. There’s also quite the shock at turning the page midway through and seeing a photograph of the people whose undignified circumstances have been extensively described. It’s a very effective reminder of the difference between depiction and reality.

Displacement is candid and observant, although the travelogue subtitle is somewhat deceitful in toying with expectations, as the cruise ship itself is the location for most pages. It possibly applies more to the vomit-soaked journey home. For all the pathos, though, this is a book that will be read once revealing everything, rather than repeatedly consulted.