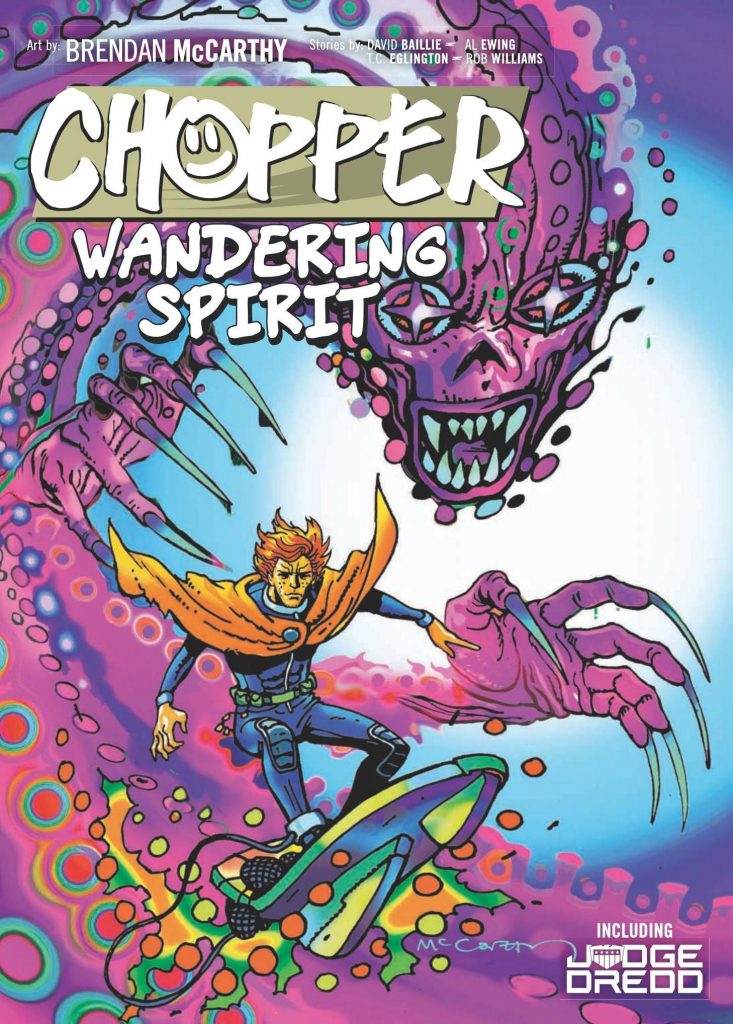 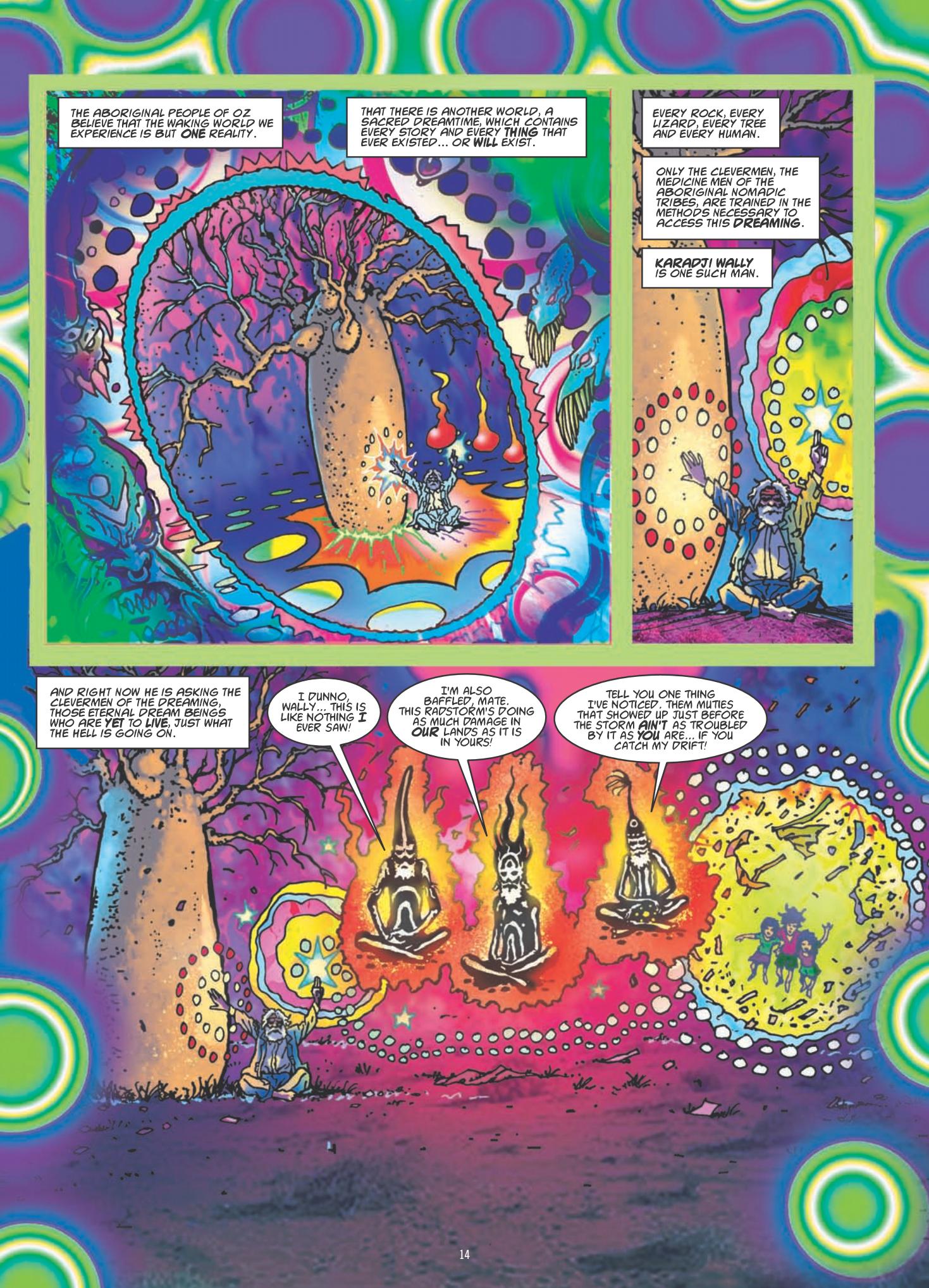 An introduction briefly runs through Chopper’s history, the important piece of which is a love for skysurfing that’s seen him win championships and lose friends. Most of that history was collected in Surf’s Up.

He’s spent much of his time in Australia, in the Radback, where he lives a simple life attuned with nature, but there wouldn’t be a story if that remained the case. “No surfer knows when they begin their race that it’ll be their last” is a gloomy homily David Baillie drops in toward the end of ‘Wandering Spirit’, yet it’s appropriate from the beginning of something working to Brendan McCarthy’s strengths. What could be more natural than the alliance of McCarthy’s vivid artwork, often supplying the other-wordly, and the Dreamtime belief of native Australians? The disruption begins with a supernaturally powerful storm that Chopper’s lucky to survive, and gradually evolves into an interesting mixing of the spiritual and science from an old Judge Dredd story. Chopper’s already a haunted man, but he’s also the only person on the scene, so will he be able to overcome his own doubts?

McCarthy captures the clash of science and belief by surrounding his storytelling with abstract coloured patterns, and Baillie’s plot lets him get on with providing visual splendour in one location while moving the story forward in another. It’s to be presumed Baillie has researched the culture he’s co-opted, rather than just made up things like “the speedwalk of the cleverman” and “the pointing bone”, and duality is a theme reinforced throughout. Neither plot nor art is likely to be to everyone’s taste, but those who do connect will connect strongly with what’s a story about a good-hearted man in the wrong place and the wrong time having no choice but to do what little they can. The ending’s pleasing as well, suggesting that when we next see Chopper he’ll have grown again.

Because ‘Wandering Spirit’ only clocks in at fifty pages and there’s no other Chopper material to accommodate, the remainder of the book is filled with McCarthy’s other contributions to 2000AD since 2010. ‘Doctor What’ moves well beyond the expected obvious parody, and Al Ewing’s plot actually has ties to the earlier story, but it’s smarter than it is entertaining. Rob Williams works from McCarthy’s idea about Dredd running into zombies, but it’s a trivial piece, and even McCarthy doesn’t seem that enthused when it comes to the art. It’s distinctively his, but far too cluttered in a story that runs longer than needed and says little.

‘Hoverods’, however, isn’t a story where on the basis of the opening page you’d immediately associate the art with McCarthy. It’s colourful, but far tighter and tight it remains, but also with the room to encompass some glorious flying hot-rods and one whacked-out mutie. There’s a curious throwback quality to T.C. Eglington’s script, as if it were something from Judge Dredd’s first few years, simple, but effective and eye-opening in supplying the wonder.

The good plots outweigh the ordinary, yet to appreciate the Wandering Spirit, a fondness for McCarthy’s art is essential, and surprisingly there are some who aren’t fond of it. You’ll know which you are. 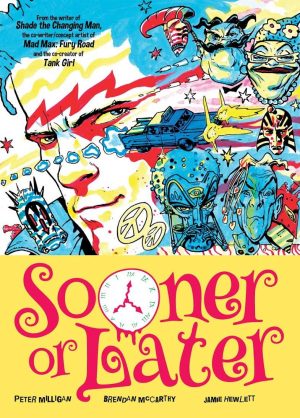 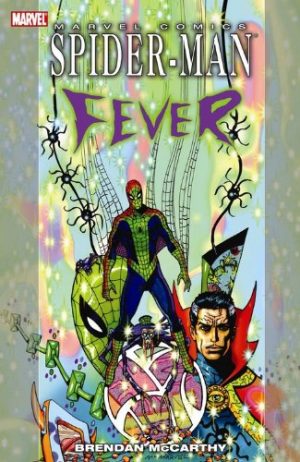