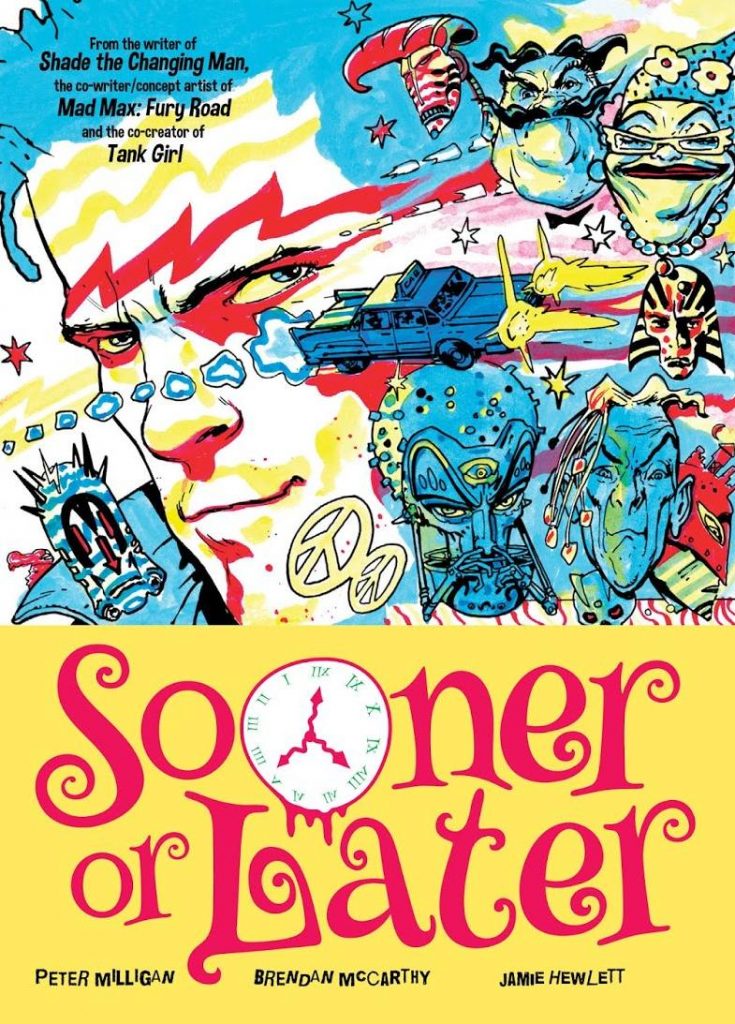 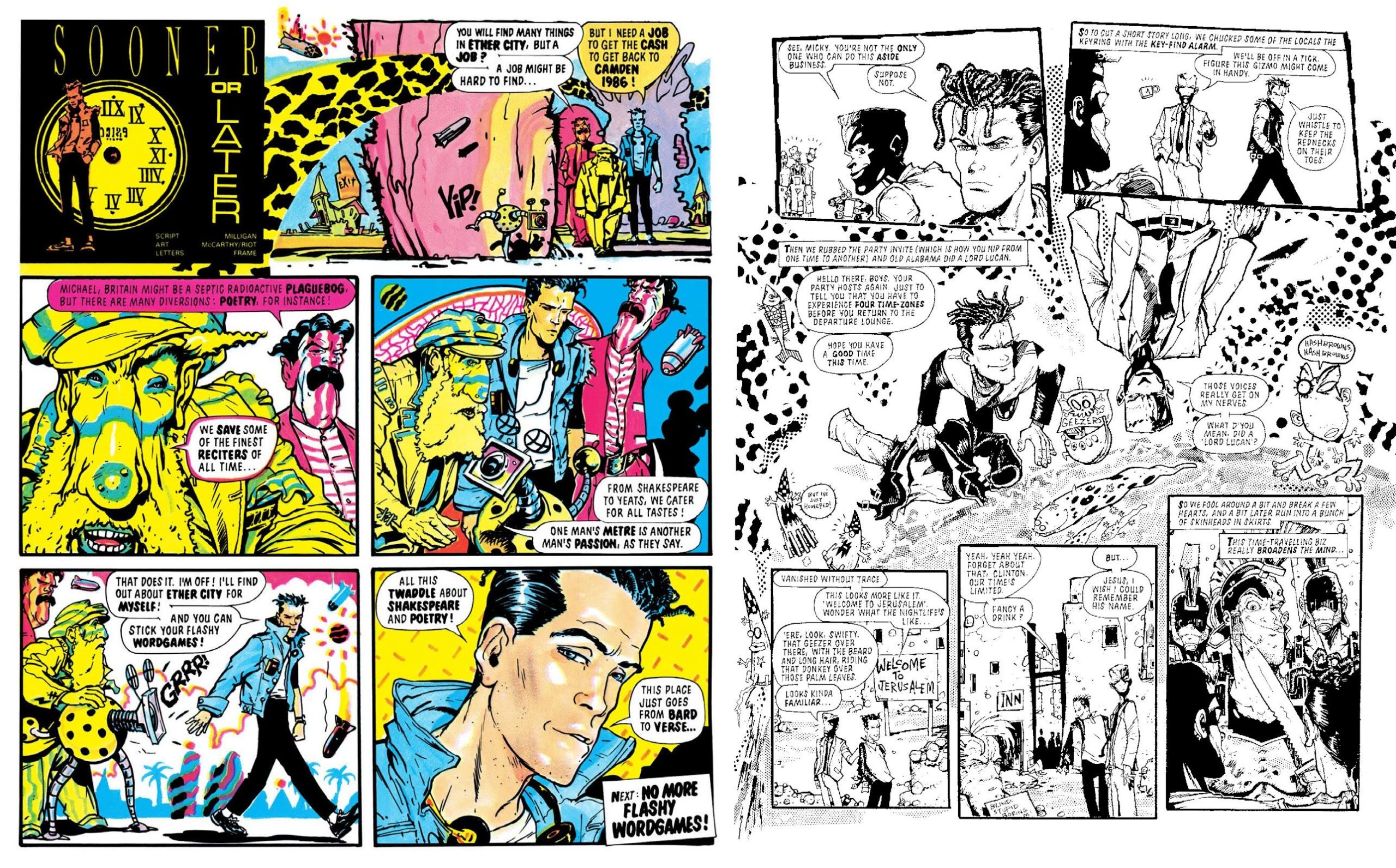 At the start Sooner or Later seems a strange choice of strip for 2000AD, for whom social realism was never a priority. Brendan McCarthy’s futuristic stylings provide a unique view of London’s Camden, but the opening is set resolutely in the late 1980s Britain when the strip was created, a time of no hope and no opportunities for the young and disadvantaged. They’re personified by Mickey Swift, introduced on the way to the dole office when he’s adopted by a couple from the 30th century whose generosity in saving him from his featureless life entitles them to Mickey for fifteen years. It’s rapidly discovered that a mistake has been made, but if Mickey wants to go back home, he’ll have to pay, and that means finding a job. Not much has changed in a thousand years.

The opening strip is the standard six pages, and in black and white, but thereafter Pete Milligan wrote a series of satirical single page interludes, dense with verbal quips and surreal experiences. These often reflect the downside of 1980s London, while McCarthy delivers sci-fi Rocky Horror art. It’s hallucinogenic and imaginative, but also repetitive, and unless whimsy is your preferred form of humour, it’s  best experienced as originally provided,  as one page of nonsense per week.

‘Swifty’s Return’ is much the same formula, varied by Mickey being accompanied by mate Clinton and now able to access a multitude of times for three and four page misadventures. It’s verbally smart and plays to Jamie Hewlett’s strengths in permitting plenty of leeway for exaggerated visual interpretation, but as this is just as much a shaggy dog story, don’t expect much in the way of plot.

Even combining those two stories didn’t reach the page count for a graphic novel, so the content is bulked out by reprinting three Milligan and McCarthy ‘Future Shock’ collaborations. None of these twist-ending short stories are anything more than throwaways, so much so that McCarthy preferred to be credited under aliases. The package is rounded off with each creator interviewed separately, and these are insightful and entertaining for those familiar with their other work.