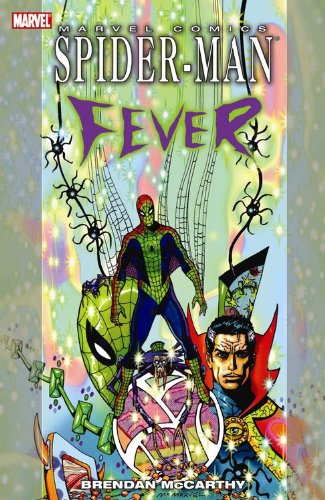 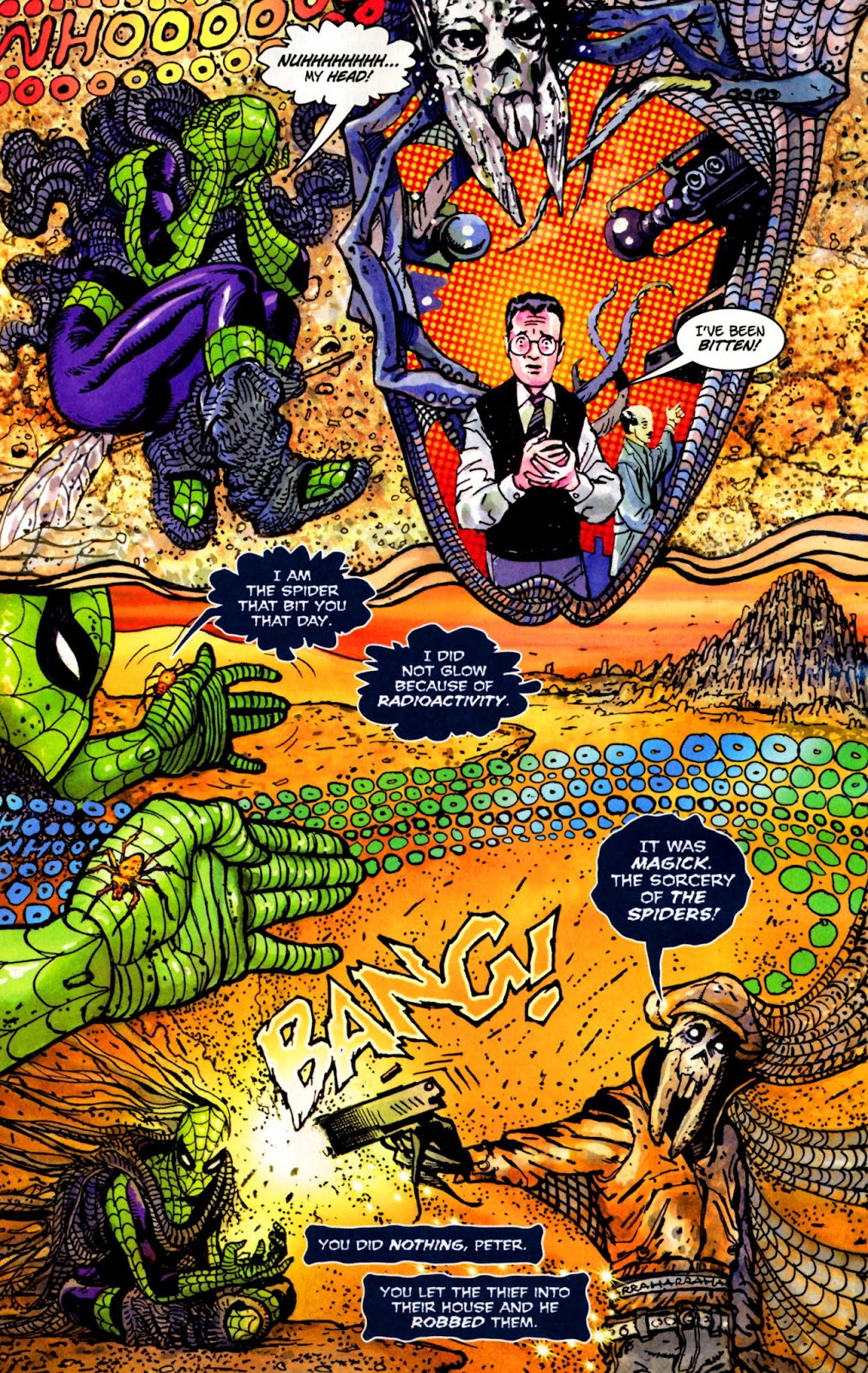 It wasn’t too long after his spectacular launch that Stan Lee and Steve Ditko’s astonishing Spider-Man proved himself a contemporary hero who fitted every possible milieu and scenario. He was equally at home against cheap hoods, world-busting super-menaces or the oddest of alien incursions, and this superbly outré modern masterpiece celebrates that astounding versatility by reprising one of Spider-Man’s most brilliantly bizarre team-ups.

Written and illustrated by McCarthy with lettering and additional colouring from old comrade Steve Cook, it begins with the web-spinner battling frequent flyer archfoe the Vulture even as Sorcerer Supreme Stephen Strange explores a few Outer Realms and inadvertently activates an ancient trap set in an old grimoire. The “webwaze” energy escapes into the very architecture and infrastructure of New York, finding its way to the cornered Vulture, possessing the bad old bird before passing through him, permeating and infecting the Friendly Neighbourhooded one.

McCarthy has frequently cited Ditko’s mind-expanding influence on his art, but this homage is no re-tread, McCarthy instead taking only the mood of Ditko’s masterpiece and applying his own considerable imagination. Spider-Man’s spider nature is essential as the Master of the Mystic Arts gives chase through increasingly impossible planes of existence, following the ethereal webwaze paths in his frenzied attempts to save his old friend from utter horror and eternal damnation.

Bold, ambitious, visually compelling and off the wall, this superb magical mystery tour is perfectly augmented here by that aforementioned first meeting featuring an involuntary incredible journey to phantasmagorical, mind-bending worlds. Spider-Man is pursued by unstoppable zombie slaves and a desperately determined Doctor Strange in a dimension-hopping masterpiece of mystery and imagination

This pairing of eerie eldritch escapades also includes McCarthy’s ‘Notes on the Design and Story Ideas for Spider-Man: Fever’ – a selection of commentary, roughs and sketches offering a fascinating glimpse of into the creative process of a truly unique talent. It’s backed up by a selection of Ditko pinups detailing the M.O.’s of the Circus of Crime, the Scorpion, the Beetle, Jonah’s Robot and the Crime-Master.

Ditko and McCarthy are masterful stylists, so this package featuring both is eminently desirable. 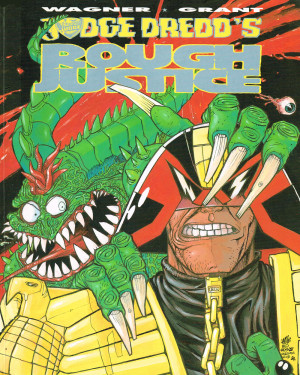