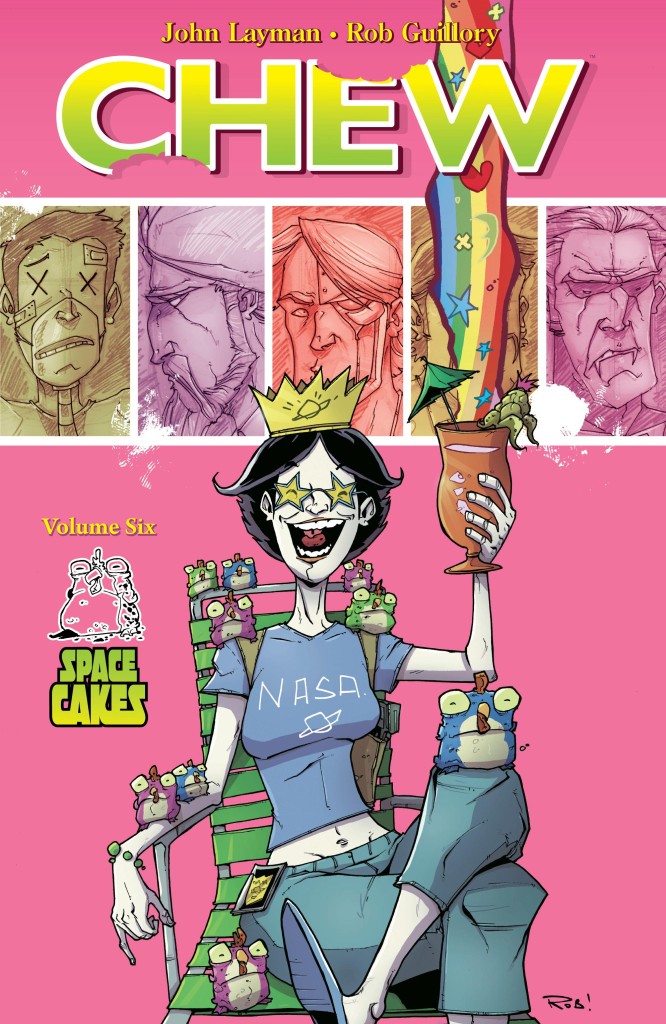 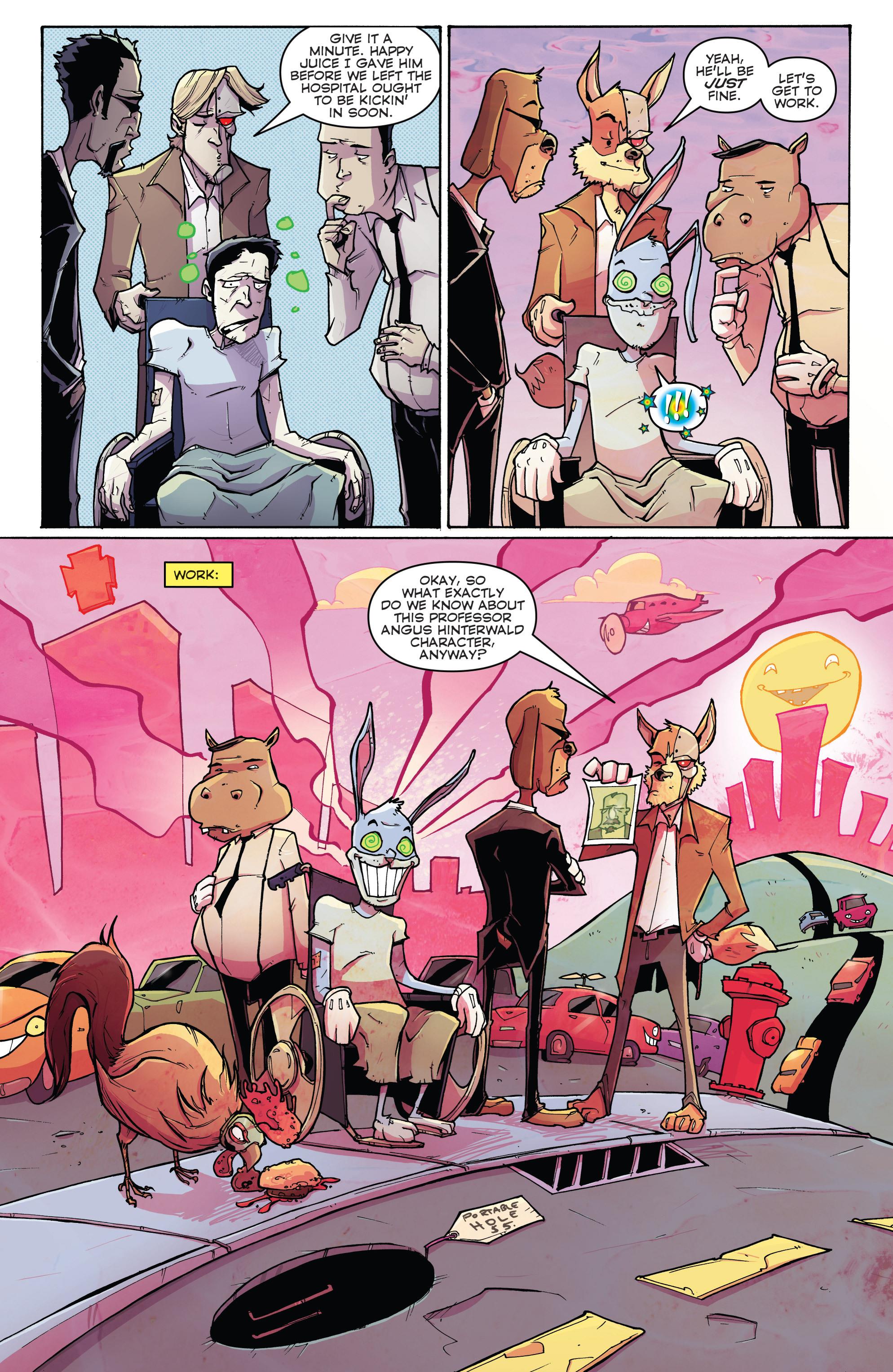 An impressive aspect of John Layman’s writing for Chew is that no matter how ridiculous the situations may seem at some times, there’s a consistent internal logic to everything. It means, for instance, that our hero Tony Chu can experience the oddest career transfers, yet remain credible, and how in context lines like “Antonelle Chu agent of NASA. I’m here to lick your paintings, Sir.” make perfect sense. For Space Cakes Tony remains in bed for most of the book recovering from the horrors of Major League Chew while Layman dots about the excellent supporting cast he and Rob Guillory have created.

In the first instance this is Toni Chu, and Chow Chu, one time celebrity chef. Toni has a variant of Tony’s ability, able to take a bite of any living creature and from that determine how their life will progress. It’s led to a solitary love life punctuated by transient relationships, but she’s very good at her job as we see over the first two chapters.

Poyo the fighting chicken was absent from the previous book, but to compensate he has a chapter all to himself here. The sad thing is that it’s the weakest in the book, with the whimsy button pushed a little too firmly. And let it be noted that “weakest” is a comparative term when applied to the overall high standard of comedy Chew has maintained since the first volume.

So what else features? Well, there are psychotropic frogs, raining sheep and exploding cattle, more food-related super powers, plenty of excellent fighting rooster action, and a most unexpected wedding. Amid all the hilarity, though, there’s a quite tragic turn of events that Layman and Guillory deliver in their customary disturbing fashion, which despite the comedic tone of the series really hits home, and indicates how good Layman has been in setting things up.

Guillory is, as we’ve surely now come to expect, brilliant throughout. He was strong from the start, but working on a regular title has developed his skills, and there are some fantastic pages here, not least the Japanese monster movie homage.

The book closes with assorted other artists contributing their interpretations of Poyo, all very good indeed.

Every Chew book to date has supplied more than your money’s worth of fantastically drawn and intricately plotted hilarious entertainment, and this is no different, Neither is the next book, Bad Apples.