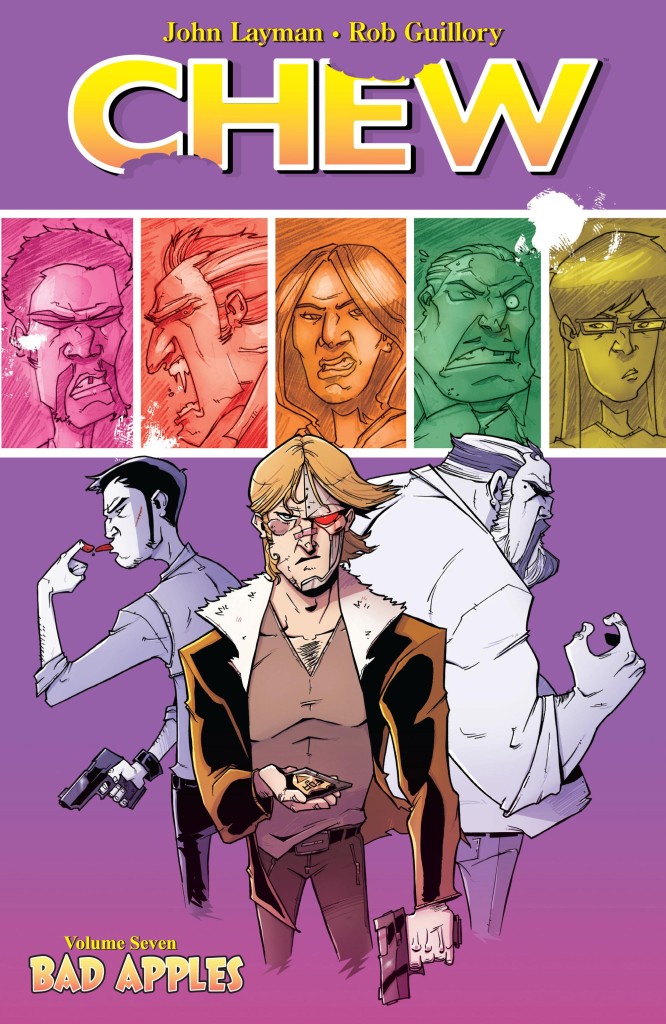 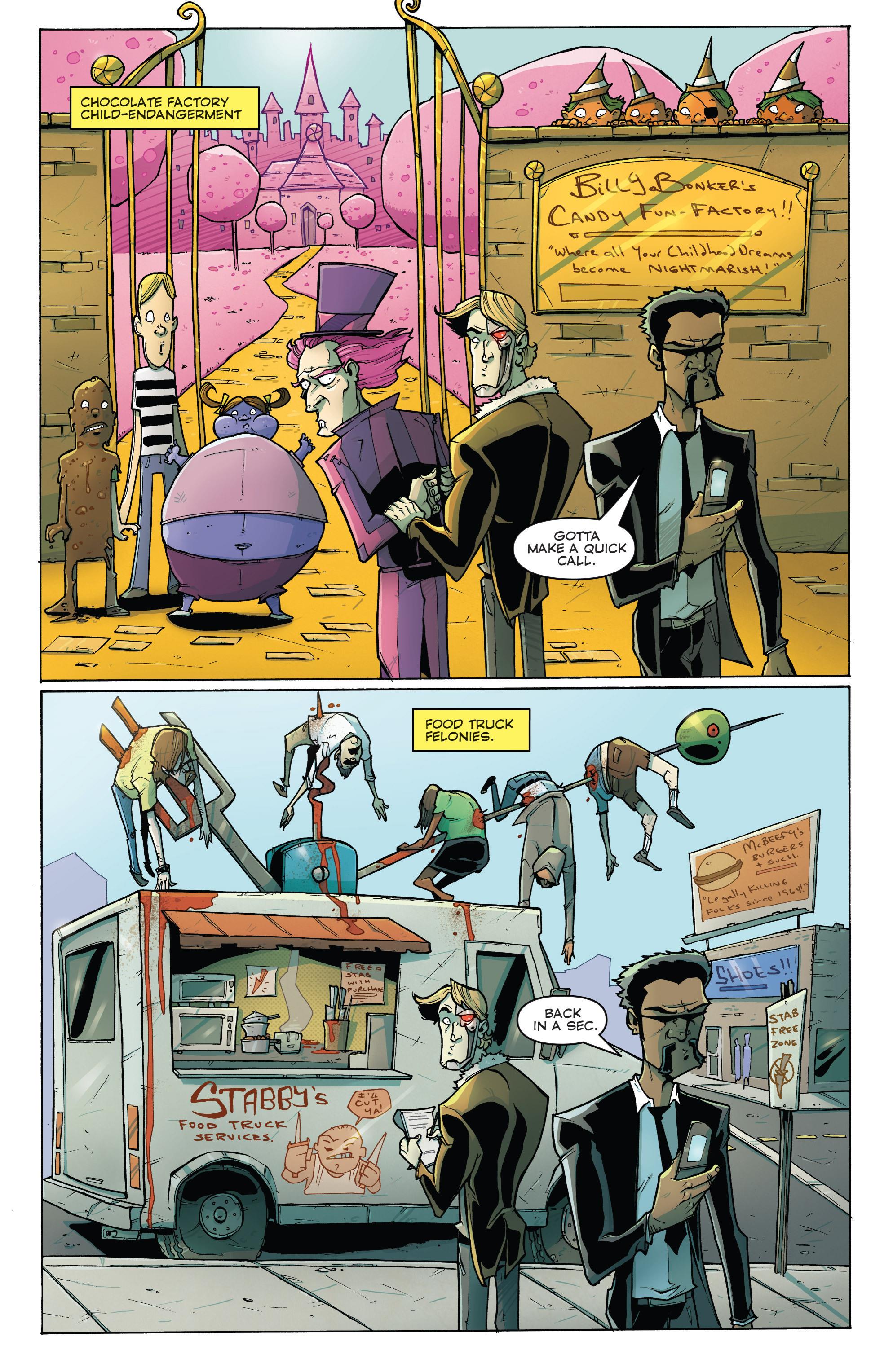 Tony Chu spent most of the previous volume in bed, and opening this book we have a funeral resulting form the unforeseen tragic conclusion to Space Cakes. It’s cleverly contrasted with another several years earlier, in which puzzling aspects of Chu’s past are very deftly explained almost in passing.

In a country where eating poultry is outlawed after 23 million people died in an outbreak of bird flu, Chu is charged as a restored FDA agent (explained in the book) with investigating illegal consumption of chicken, but there’s an organisation taking things a little further. Once again John Layman provides a larger purpose for what seemed to be a throwaway plot, reintroducing the Cult of the Ova, last seen in Flambé. Their war against eating chicken is, in some ways, a welcome relief for Chu, who has many other matters to occupy his mind.

Seven volumes in, artist Rob Gullory shouldn’t really be able to surprise any more, but he does. The scripts frequently require half panel asides moving the plot forward. Here one of them is agent Ceasar Valenzano making furtive phone calls, each depicted at the conclusion of a case. The ideas may be Layman’s but take a look at what Guillory does with them in the sample illustration. He’s like that throughout, with a brilliant natural sense of comic statement.

Bad Apples takes the underlying plot threads of Chew and tugs at a few of them amid some tugging at reader anticipation. One chapter has Chu seconded to the navy for a mission, and as soon as we see a large ventilated packing case accompanying him, we know who’s due an appearance, right? As usual, though, Layman ensures there’s no cosy predictability and throws in some great gags to boot along with introducing a bunch more folk with food related powers with ever more complex names. “Adolpho Capsaicin was a Lubodeipnosophistes, able to seduce anyone he dined with”, and illustrated in a fantastically sleazy manner by Guillory. “All you gotta say is ‘food weirdo”, notes Agent Colby, “That’s enough for me”.

There are minor ebbs and flows in Chew, and this doesn’t quite hit the peaks. The dips seem to coincide with missions involving the USDA. That’s being very picky, though, as Chew overall provides more entertainment than any three standard graphic novels.

The events of the previous book have transformed Chu into a more proactive character, and this shifts some of his relationships in interesting fashion. And talking of relationships… Family Recipes is next.