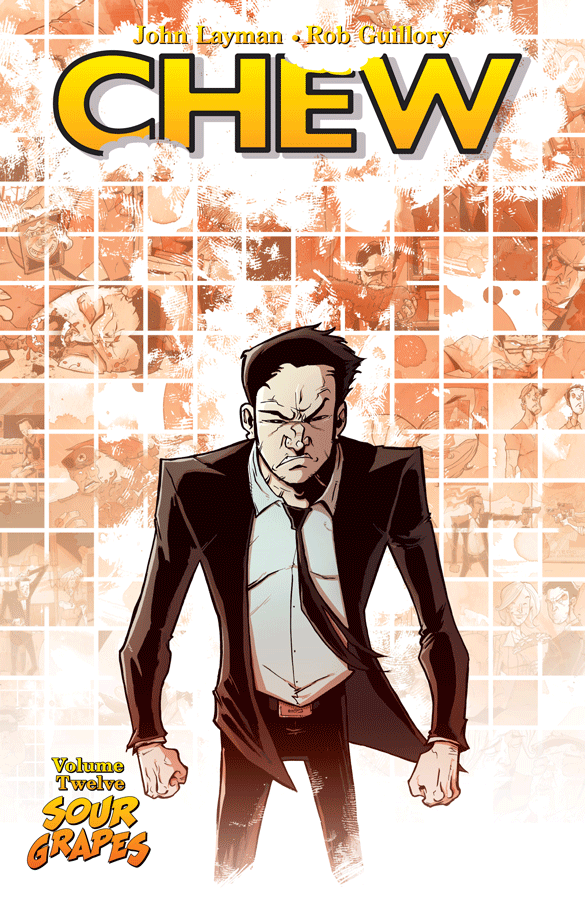 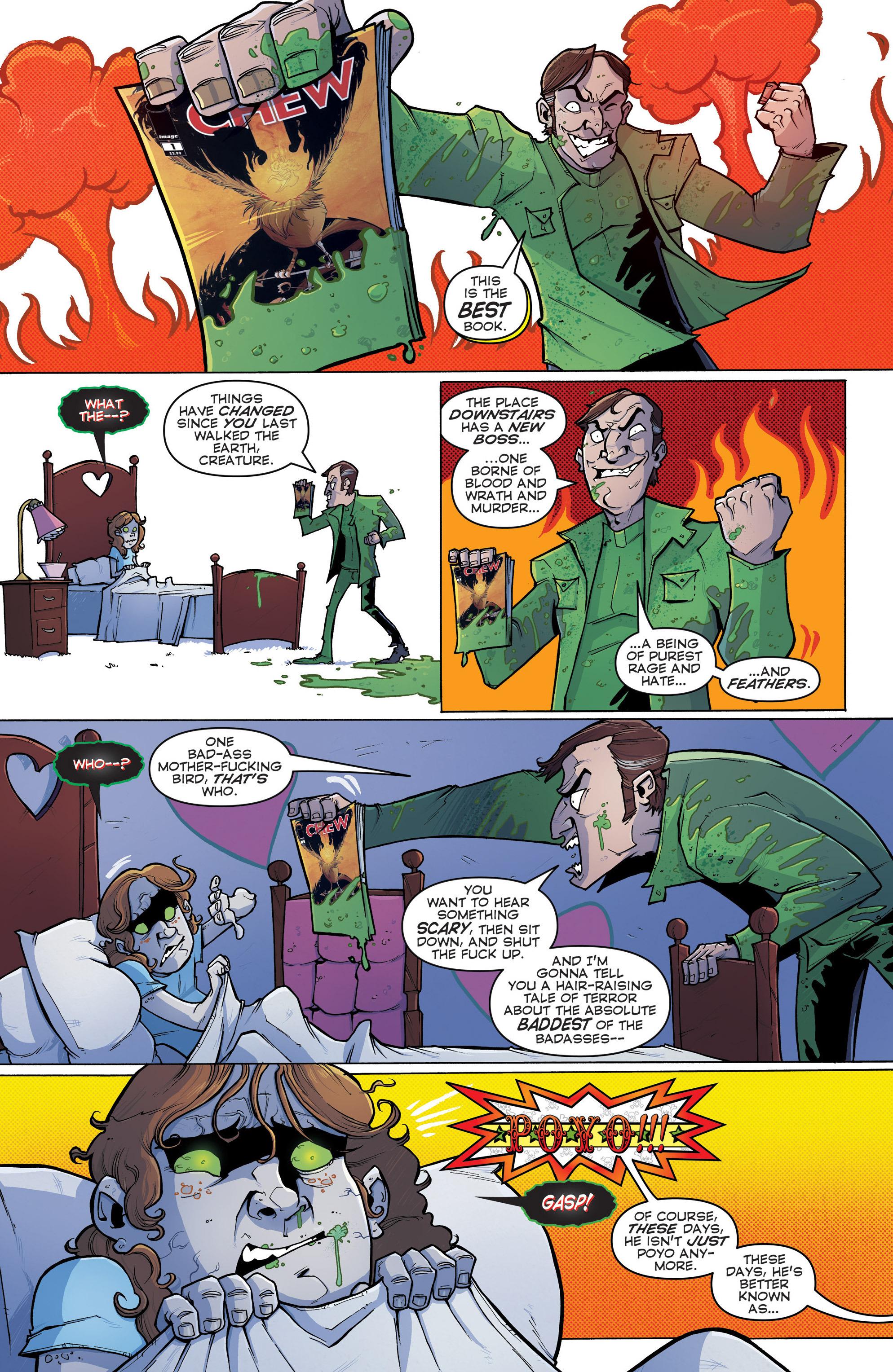 Sour Grapes is the final volume of John Layman and Rob Guillory’s stupendously entertaining series. Do they let us down at the final knockings? Well, yes and no.

Although it’s wandered in other directions, a core element of the series has been Tony Chu’s resistance to the methods employed by fellow cibopath Mason Savoy. Mysteries still unsolved include the appearance of alien writing in the sky, and the cause of the avian flu that led to the outlawing of poultry, and Savoy can eventually conceive only one method of convincing Tony about what he’s discovered. A cibopath receives psychic impressions from what they eat…

Answers are duly provided, but anyone who gets too hung up on them being good answers is going to be disappointed. However, is that the priority for Chew? What’s provided such solid and hilarious entertainment over the preceding eleven books is the small asides, the nice character touches, the ludicrous food-based powers, the gut-wrenching twists, and the overall sense of fun. Almost all of those are present in quantity, so if the revelations of what’s behind everything aren’t exactly fulfilling it’s not actually a big deal. The pacing of Sour Grapes is exquisite, better than the original serialised issues, as Layman constantly tightens the suspense, then closes the second chapter with a ghastly revelation. Instead of following that set-up with the obvious continuation there’s an interlude about the now demon chicken Poyo, in the form of Doctor Seuss: “Who would save Christmas? Who’d give the villain a well-deserved lickin’? One child pleaded to hell’s own demon chicken.” It’s great, although will admittedly not make as much sense without the building blocks over previous books.

Rob Guillory’s exuberant art has been fantastic from the opening pages of Taster’s Choice. The impression is conveyed that he’s loved working on every page he’s drawn, and that continues to the final page. There are some great individual illustrations here, not least the grossly obese Savoy in his last feeding frenzy. Without Guillory’s fantastic talent for exaggerated visual humour it’s entirely conceivable that Chew would have been a single volume, six chapter obscurity.

Layman’s afterword notes the series ending is one that he’d conceived before Chew was published, but in getting there over the course of this book the single diminished element is the fun. Ridiculous as it may look in print, while there have been tragic moments, this series about what’s essentially a cannibal policeman, has been relentless fun. There is a considerable amount of fun here, but it’s tempered by almost as much darkness, which without Guillory’s interpretation would be very bleak. Even characters who survive the cast culling that’s been occurring over the past two books aren’t guaranteed a happy ending, and this sudden swerve into the dark doesn’t sit right for a series that’s been so joyous.

Sour Grapes can also be found in combination with the previous Last Suppers as the sixth Chew Omnivore Edition.