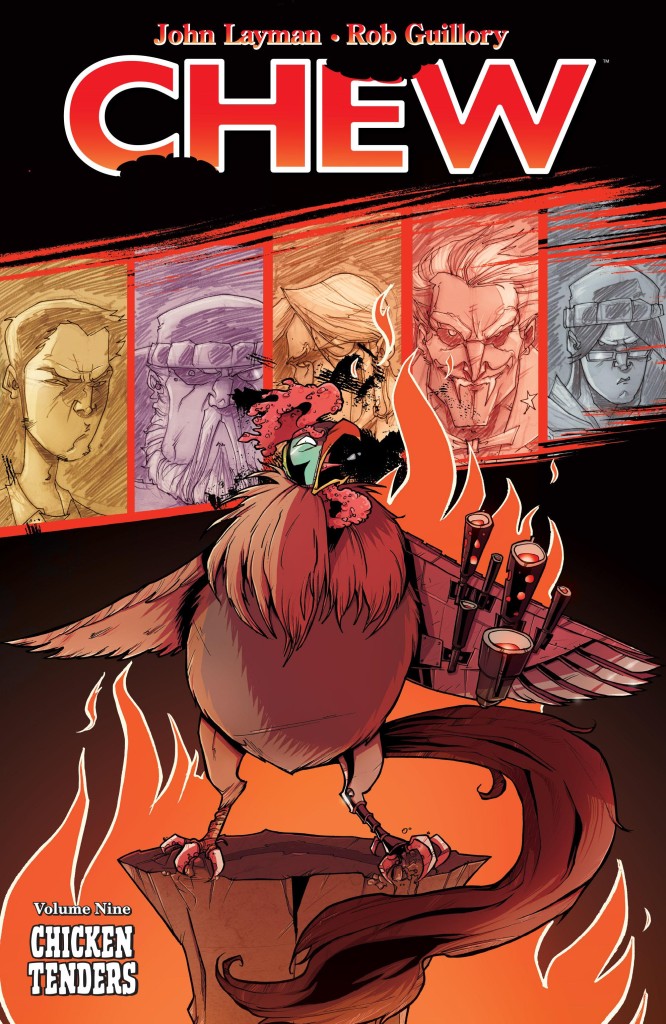 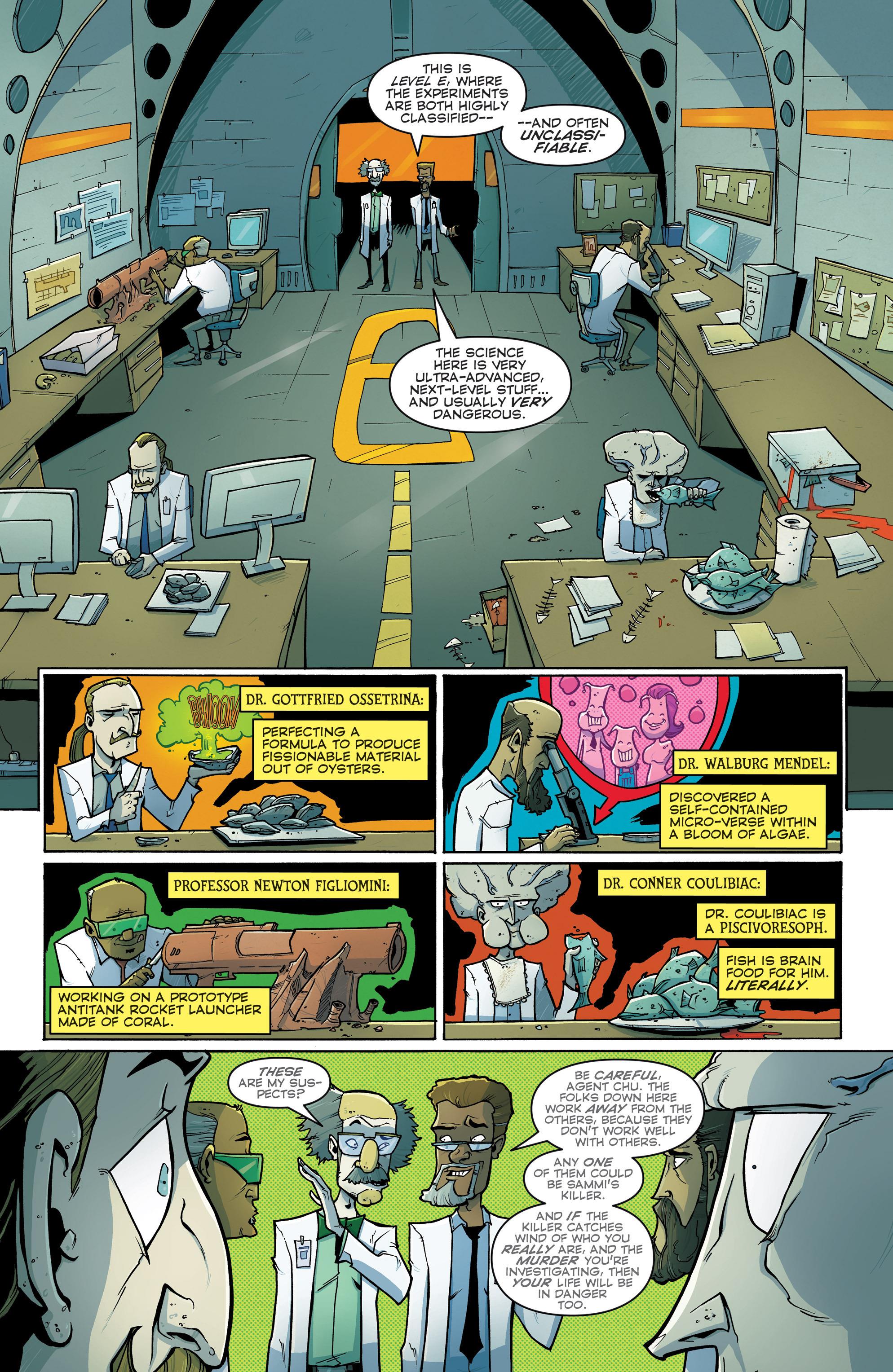 Just so we’re all on the same page, Chew features a number of people with strange, food-related super powers. Most prominent among them is Tony Chu, a detective for the US Food and Drugs Agency, who along with his food, or in fact anything he eats, ingests a whole lot of background information about its source. This doesn’t apply to beetroot, but, as unsavoury as it may seem, it does apply to cannibalism. His partner John Colby has no food-related power, but instead has bionic implants following an accident in the first volume. Family Recipes detailed how they achieved the biggest bust in the FDA’s recent history, in the period since poultry was outlawed after 23 million Americans died in a bird flu epidemic. In that time Chu has discovered many things, not least that the world may end.

John Layman doesn’t want you concerning yourself with that, though. It’s nice outside, and who wants to be depressed? Wouldn’t a nice wedding cheer us all up? Of course it would, so that’s what we get as Chu and Amelia plight their troth in the Hunka-Hunka Burnin’ Love chapel in Las Vegas during the FDA convention. Unfortunately the honeymoon is cut short and the first chapter ends with… Well, actually, it’s been a running joke throughout the series to date that unexpected people end up in bed together, splendidly illustrated by Rob Guillory, and he ends the first chapter with a doozy.

Chu’s then dispatched to a top secret underwater research lab where he needs to discover who murdered Sammy the Navy Seal. It doesn’t matter, though, because in what’s typically hilarious Chew fashion, that’s irrelevant, and elsewhere a broad conspiracy is expanding. Super combat rooster Poyo’s not involved, despite his cover status, as he has a fairytale world to save from a groceryomancer who’s bringing killer vegetables to life. Elsewhere, among other matters, we learn of “the secret discipline where cooking and war intersect”.

Anyone unfamiliar with the lunacy that is Chew may be wondering what the hell they’re reading about here. Then again, they really should get with the program (or wake up and smell the coffee, whichever they prefer) and feast on Chew, the most consistently funny series of graphic novels being published today.

We end on rather a shock before an excellent selection of Poyo pin-up pages, and you’ll want to head straight for Blood Puddin’. 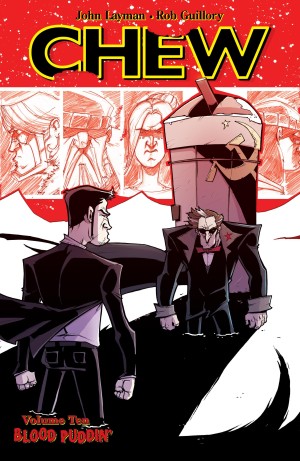 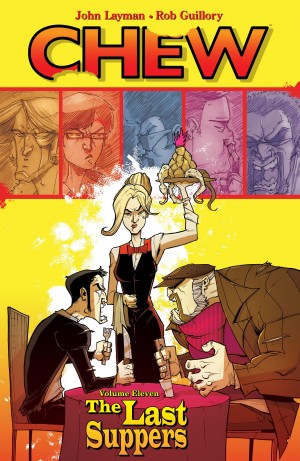 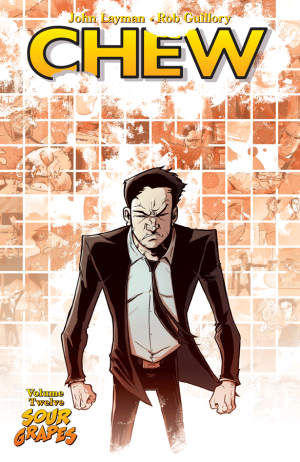