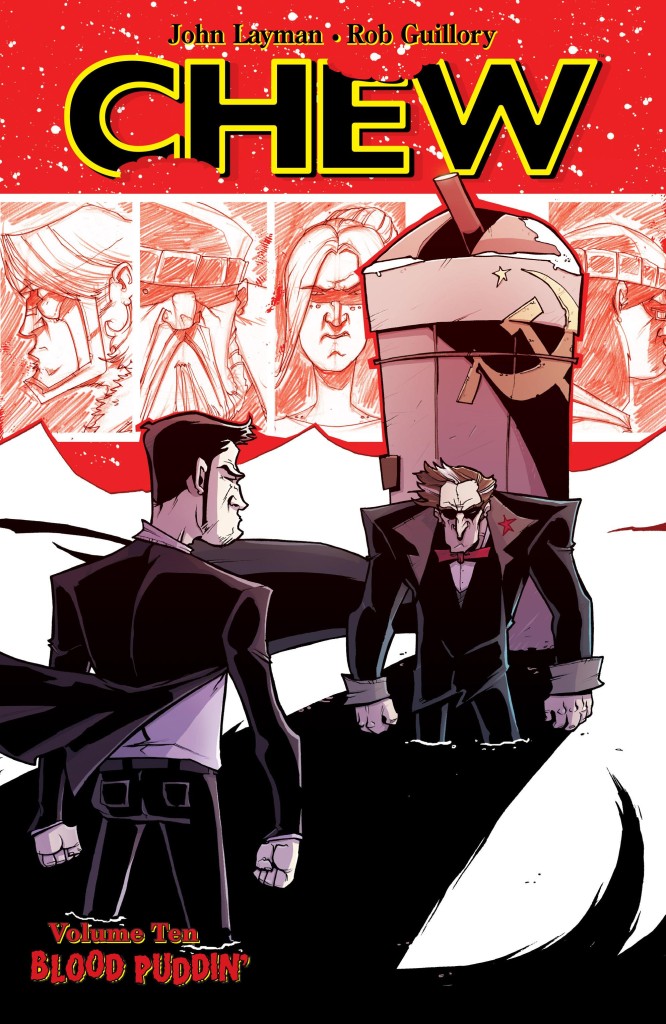 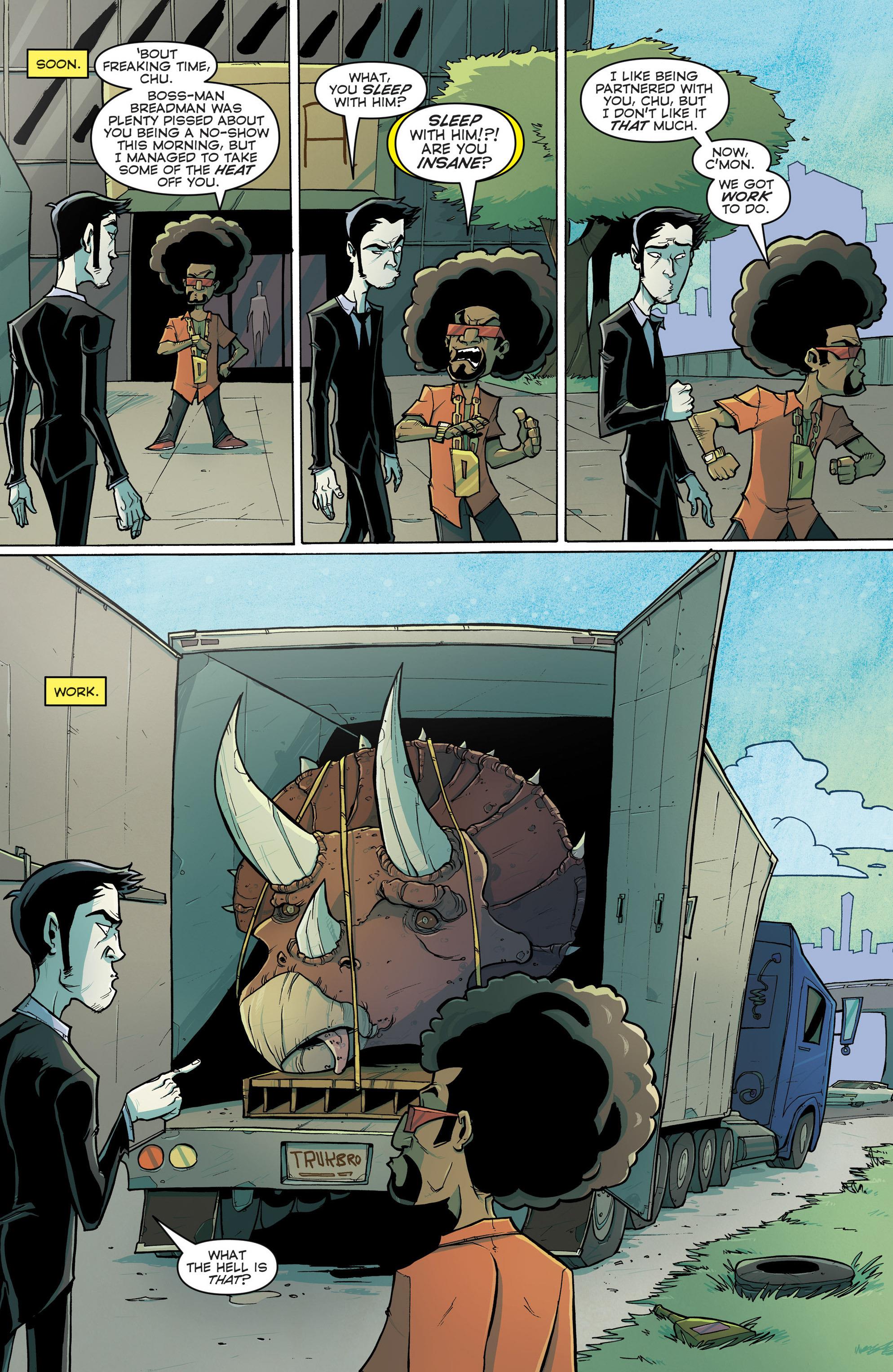 Since the earliest volumes Tony Chu has been plagued by the Collector, an uber-villain who by hook, but mostly crook, has been acquiring the food-related super powers of numerous others, using a network of spies to locate them. Chu knows the Collector is a formidably dangerous foe, and is also aware of the exact time he’ll be brought down. You’ll have to read Family Recipes to find out how. In the previous Chicken Tenders a group of off-duty FDA agents accompanied by Olive Chu, Tony’s teenage daughter, attempted to take the Collector down. With disastrous consequences.

Seeing as how John Colby was partly responsible, he and Chu have fallen out, which is why Chu is now partnered with temporary FDA agent D-Bear, chicken-eating fashion-plate. It’s a shame as Colby has come up with a viable way to aid the investigation, but can’t persuade Chu to give him the time of day. D-Bear proves more effective than might be imagined from his previous appearances. Still funny, though. Not as laugh out loud funny as the prosthetics supplied to some cast members, but pretty funny.

“It seems this Collector monster is out of control”, relates Agent Breadman, “It seems he’s declared war. Accelerating his collecting. Sending his servants to force everybody with food powers into his service, and killing anyone who resists.” That sums matters up pretty succinctly, as with only two further volumes to go, the end is nigh, and there are no more detours for John Layman’s plots. The cast are diminishing at quite the rate, and another one bites the dust here.

Layman’s concepts are marvellous. We have a thrilling and tense action-adventure story in which it’s not the slightest bit strange that a guy’s strength is increased tenfold by wearing spaghetti. He’s a pastavestavalescor in case you were wondering. Other hilarious and ludicrous elements abound, and if the surprises of the food-based powers have diminished through repetition, the plotting compensates and Rob Guillory’s art repays the purchase price tenfold. One would almost think he was wearing spaghetti on his head such is the joy of his cartooning.

One long-running plot is brought to a conclusion within Blood Puddin’, as we see a new and angrier Chu in decisive action. Layman has set many plates spinning, though, there’s plenty more to occupy us as we head into The Last Suppers.