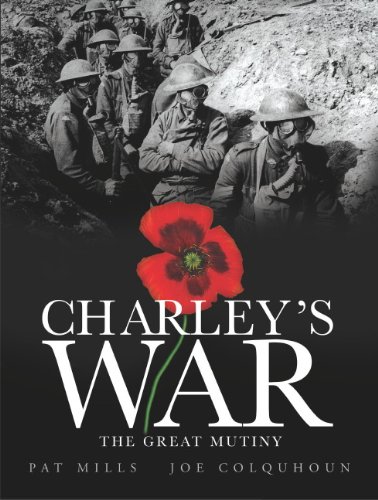 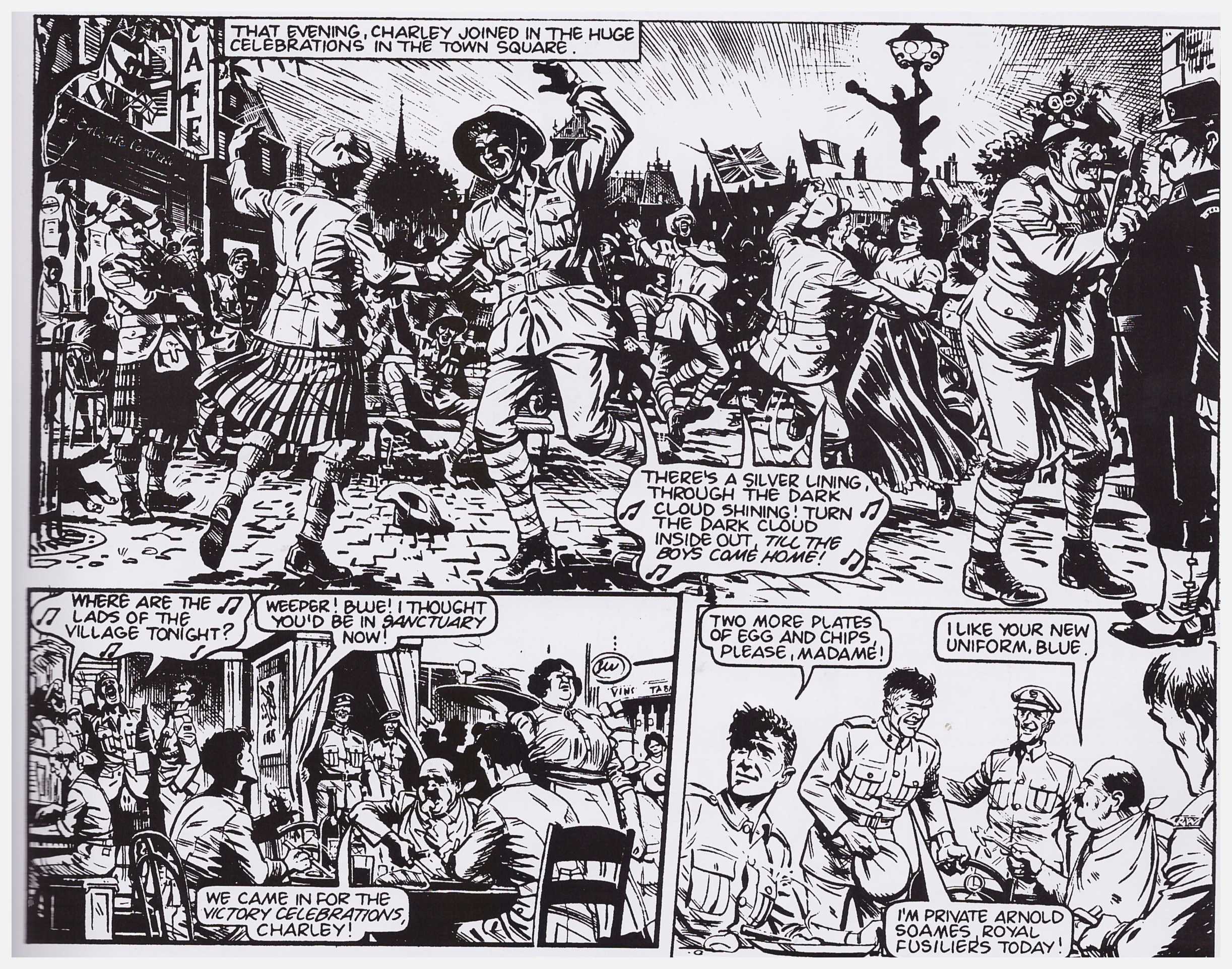 When he introduced French Foreign Legion deserter Blue into Charley’s War, Pat Mills had a role in mind for him. At that point in the run he didn’t feel the editors would accept a story of mutineering British troops, so Blue’s Story concentrated on how life was for a Legionnaire. As he mentioned in his notes accompanying that volume, though, it was a tale he was chomping at the bit to tell.

Blue’s re-appearance at the end of Underground and Over the Top was among a group of army deserters, accounting for the presence of so many military policemen in the area. When one of them shoots a Scottish soldier a mutiny erupts, and Charley is placed in the invidious position of possibly having to shoot ordinary British troops to restore order.

For all of Mills’ enthusiasm he’s shackled by having to conform to traditions of boys’ comics, so despite his sympathies there’s never a forced message overwhelming a cracking adventure story, and the title sequence occupies fewer than 25% of the pages. Mills’ desire to turn the focus onto as many military occupations as possible sees Charley take a turn as a stretcher bearer, thereby witnessing some depths of horror so far umplumbed.

In illustrating the horror Joe Colquhoun is always the soul of discretion, yet always conveying what’s needed. We can be thankful for this, as some scenes would turn the stomach of the avid horror viewer. Otherwise Colquhoun supplies scene after scene of stunning art, only slightly diminished by Titan having to print from less than ideal sources rather than the original pages. Whereas other artists might skimp by constantly switching to dramatic close-ups, it’s a device Colquhoun only rarely applies, preferring instead to include one or two per page amid the detailed and figure-packed military scenes.

The central emotional sequence is Charley’s sympathy for a German soldier, which plays out very well. Despite being patriotic enough to sign up for the army, there’s no jingoism about Charley, and Mills frequently underlines that the German enlisted men are the other side of the same coin.

Towards the end of the book there’s an excellent dramatic flash forward to the 1980s and a coach tour of veterans returning to where they fought. Considering Charley’s War was a war strip in a war comic for boys, this was quite the departure, and Mills really nails the wistful recollections for fallen comrades to provide a lump in the throat moment.

The final chapters with Charley barely seen lack a focus in covering the battle of Cambrai, but set up the next book Hitler’s Youth, with a very familiar despot making an appearance.