Charley’s War: Underground and Over the Top 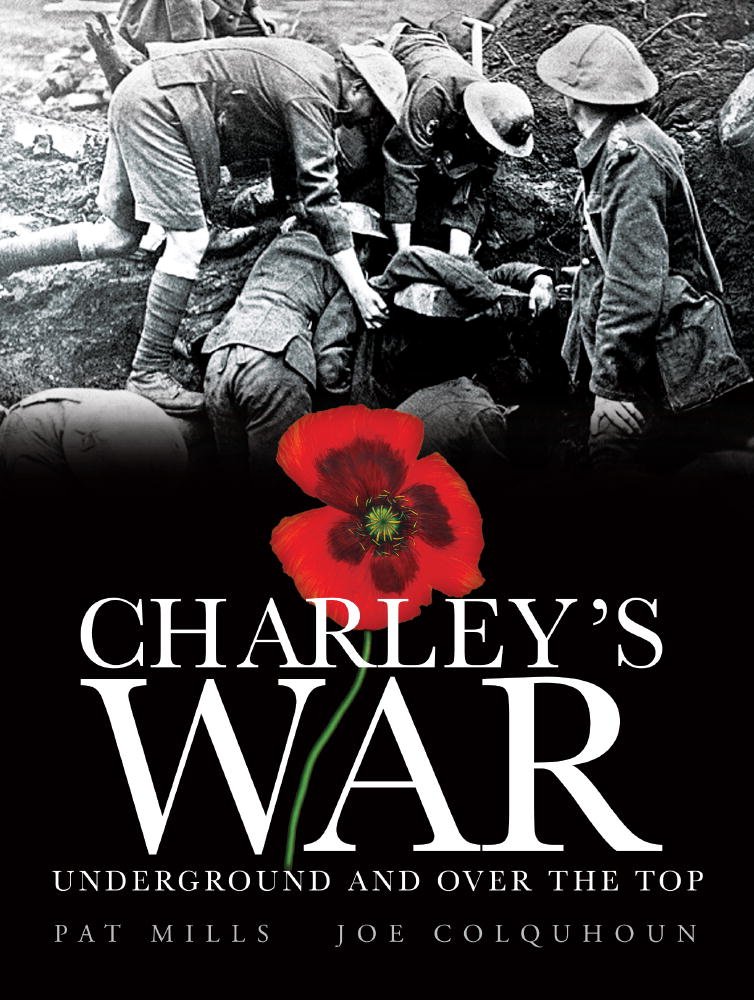 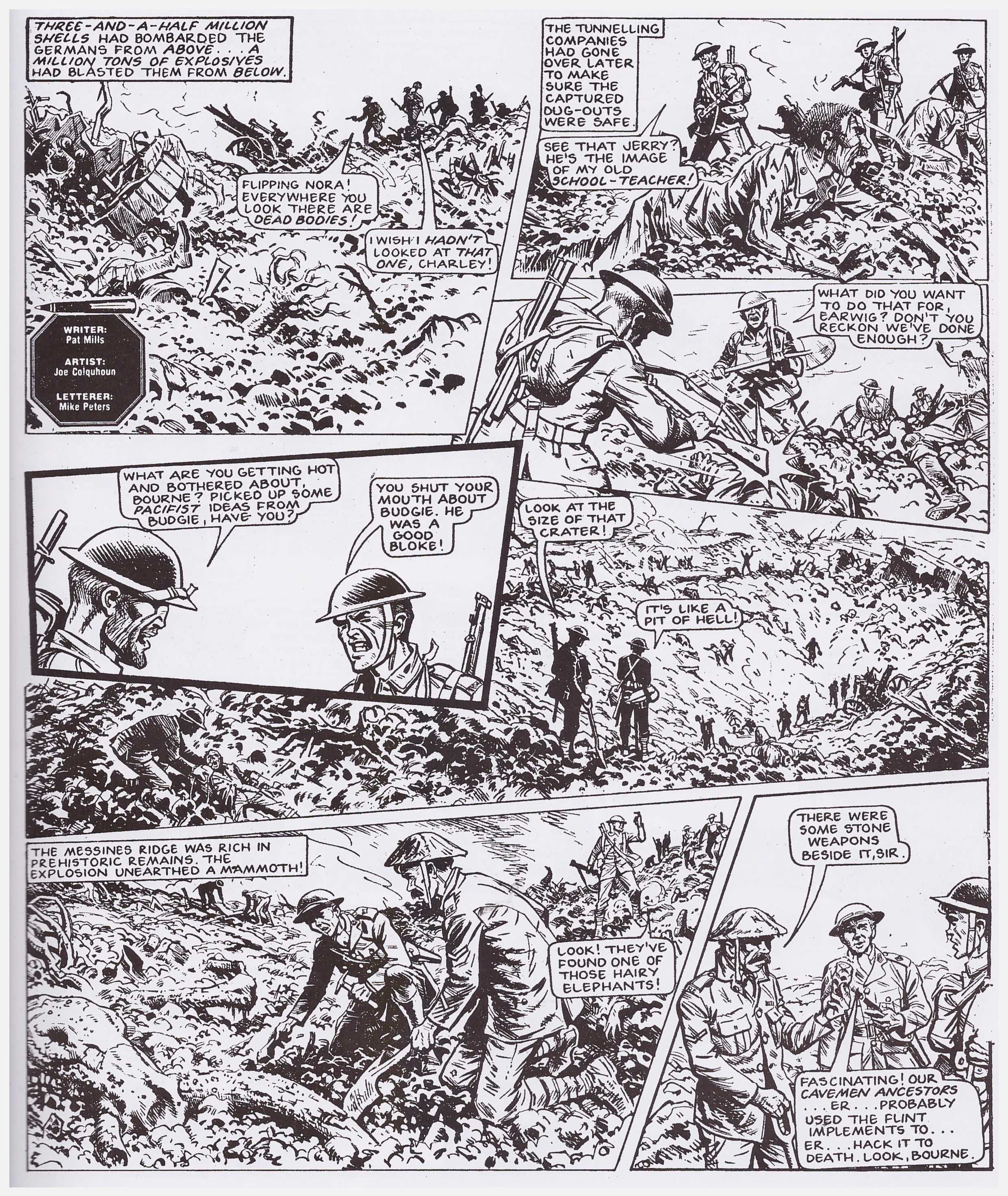 In attempting to cover as much of the day to day life as it was for the ordinary British combat soldier during World War I, Pat Mills transferred Charley Bourne between units on several occasions. This is only highlighted when what were originally three page episodes presented weekly are gathered in these books. Return to the Front saw Charley recover from injury, and the ‘underground’ portion of the title refers to his becoming a clay kicker, a specialist using a technique of creating tunnels beneath the network of trenches rapidly by kicking clay over his head as he lay on his back.

While seemingly away from the threat of being shot or a trench invasion, this occupation has its own dangers, particularly when the odious Captain Snell still has no regard for the lives of his troops. Conditions can change rapidly, and with several men trapped in a sunken tunnel Mills takes the opportunity to introduce a new colleague, one who’d once been a pacifist conscientious objector, a stance explored with all the condemnation it elicited.

In the days before the internet the task Mills faced in verifying historical accuracy was immense, yet he unearthed then (and now) little known incidents such as a series of explosions in the French trenches so massive that they were heard in London.

Artist Joe Colquhoun’s attention to detail is astonishing. At first glance the featured image of a hill after shell bombardment is just a typical page, but look at any of Colquhoun’s pages closely and you realise there’s no such thing. What at first may appear as clutter is a stunning evocation of the ruin left by battle. Every uniform is properly rendered, and he never indulges in heroic posturing. No-one in their right mind would want to be present in the scenes he depicts.

The third Ypres battle and the horrific conditions occupy much of the remainder here, and the book is concluded with scenes of the troops retraining, with the final pages reintroducing Blue, last seen in Blue’s Story. This leads directly into The Great Mutiny.

As befits the historical events depicted, there’s very little of the levity and bantering with which Mills often broke up the intensity of Charley’s War, making Underground and Over the Top a very bleak book. The compensation is one recurring nasty receiving their just desserts. The quality level throughout the series is extremely high, but in recognition of the manner in which it so thoroughly deconstructs the then prevailing jingoistic documentation, there’s a case for this being the best collection in the series.