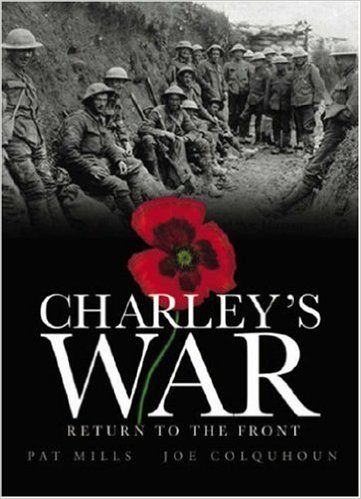 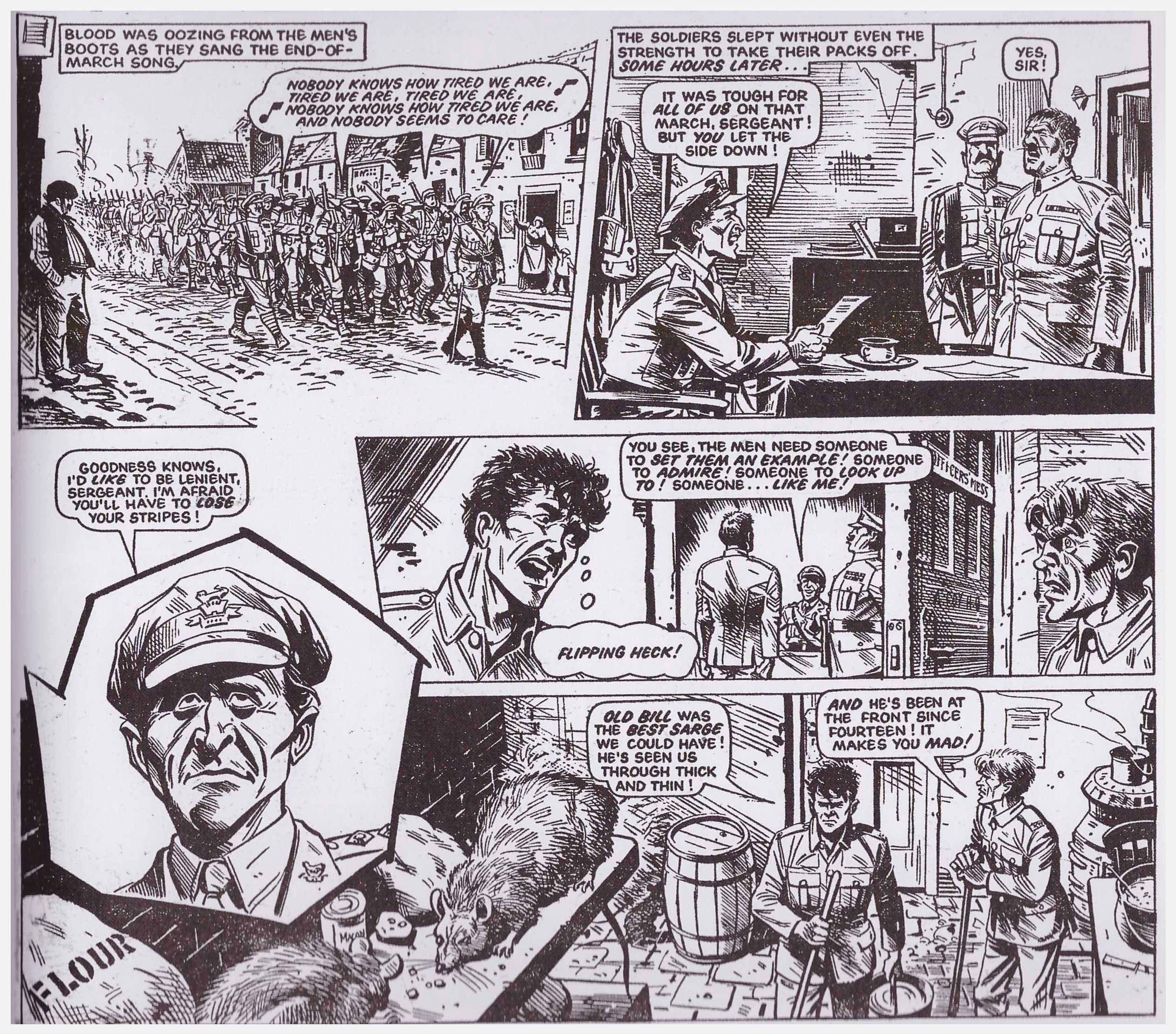 For much of the previous two volumes Charley Bourne has been back home in London recuperating from wounds inflicted during the Somme onslaught. He’s also helped an Australian solider named Blue outwit the home-based military police tracking down deserters. That sojourn ends ends here as Charley is deemed fit enough to return to the front.

By the time this material was originally printed in the weekly Battle anthology, the strip was regularly topping the popularity polls the editors ran, and with increased appreciation came the opportunity for the opening page to appear on the colour cover. Sadly for those reading the black and white reprints years later, these pages suffer from particularly poor reproduction.

It’s a great shame, as Joe Colquhoun’s art, impressive from the very start, actually improves as the strip continues as he’s forced to find new ways to portray similar scenes. He never skimps on background detail. When Charley’s in the mud of No Man’s Land between trenches, Colquhoun doesn’t just scribble in a few lines indicating mud, we see the barbed wire, the fence posts, the uneven landscape, the duck boards, and the bullets whipping up the dirt as the Germans take potshots. His portrayal of Charley has also been modified to account for his ageing and experience.

An introduction by his daughter offers insight into Colquhoun as a gentleman, and the book is accompanied by the usual notes from writer Pat Mills commenting on his work, and by Steve White setting the scene historically.

The biggest villain in this book isn’t a German, but Captain Snell, in overall charge of Charley’s troop. He’s a petty, vain and selfish representative of the upper classes who cares more for the maintenance of procedure and decorum than the lives of the men under his care. Cruel and vengeful, he seems a little too caricatured in places, but Mills’ notes have him standing by the character. And we should remember that while Mills and Colquhoun strived for accuracy, the strip originally appeared in a comic intended to thrill pre-pubescent boys. In one horrific episode the callous Snell demands water to wash with despite being informed that the pump’s location and squeaky operation constitute a target for German snipers.

The final episodes reprinted here see Charley and colleagues transferred to work on digging tunnels between trenches, seen in 1917 as a solution to the stalemate throughout France and Belgium. His experiences there are detailed in Underground and Over the Top.