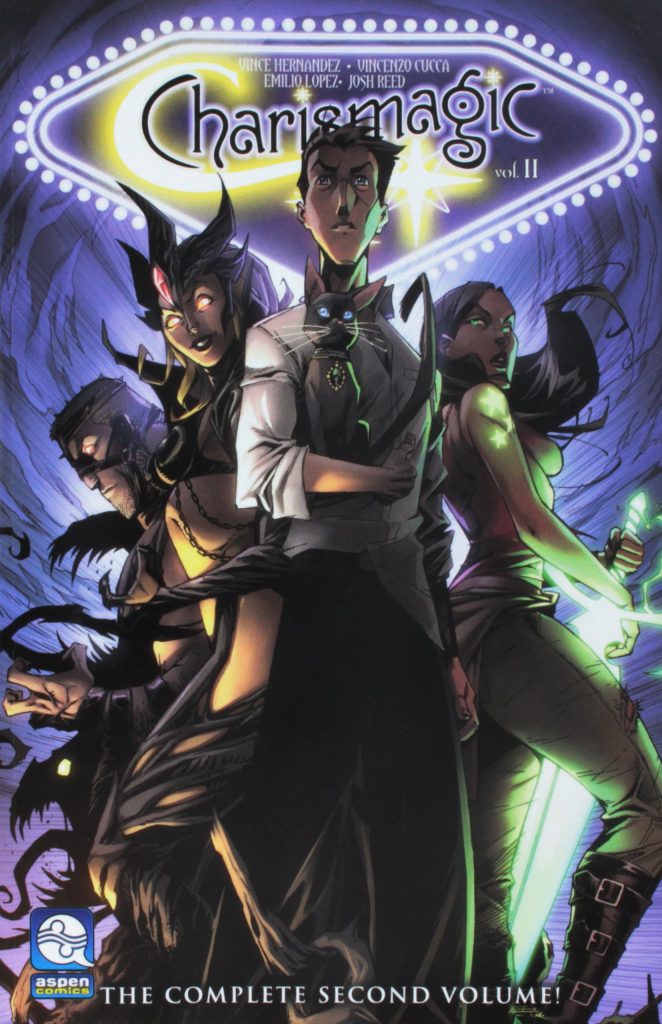 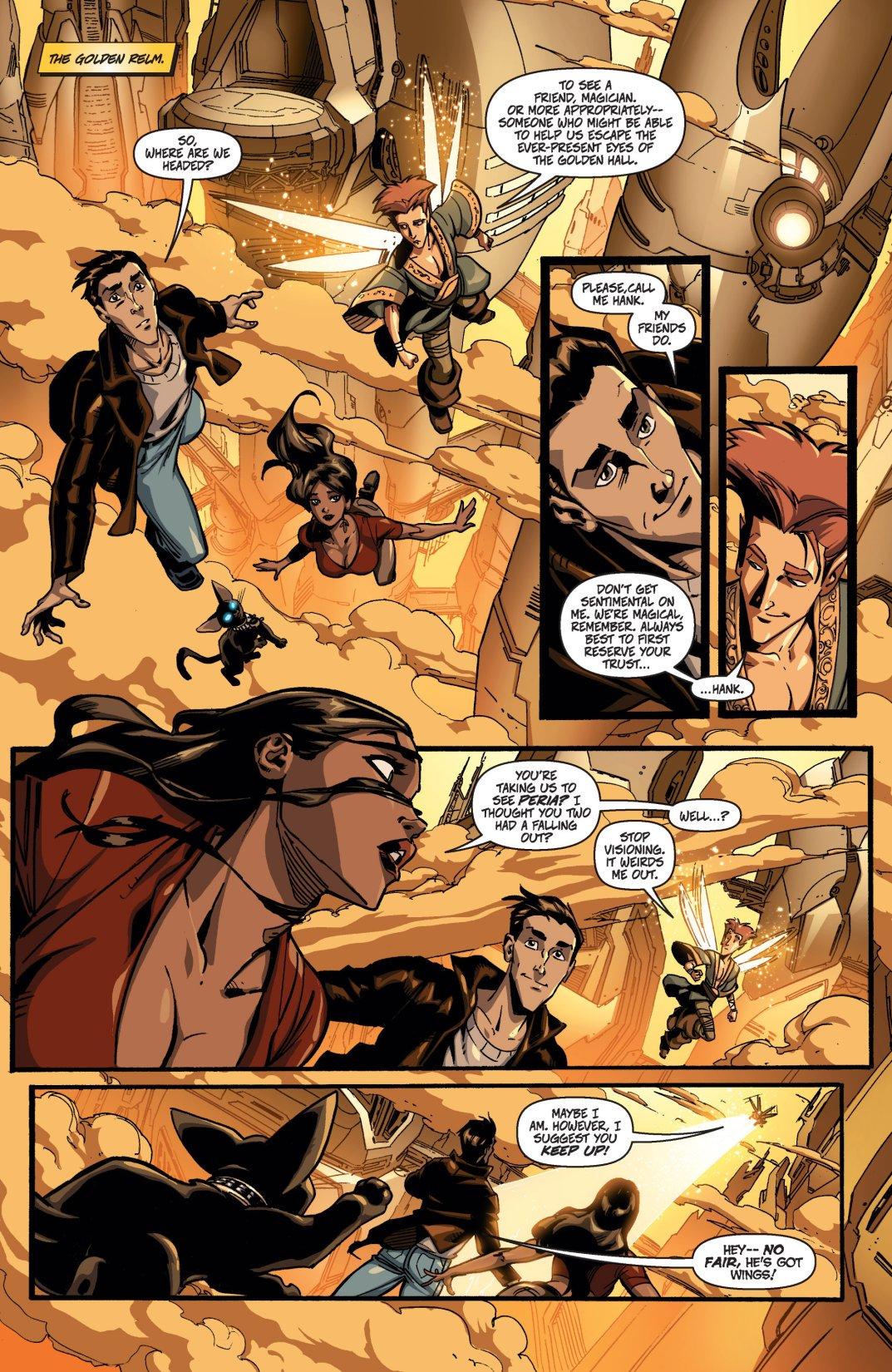 Las Vegas stage magician Hank the Magnificent pulled it off. He has the unique talent of being able to transport himself between dimensions, and that was the just the ticket when a raging magical creature displaced humanity as he returned to Earth. Hank may have sorted that problem in The Vanishing, but what he doesn’t know is that two of his friends have become agents of change, serving a possibly even more dangerous creature called Serké, who also has designs on Earth.

Vince Hernandez has set himself a couple of big problems with this continuation. The first is that he’s established how Hank can deal with any threat in Vol. 1. It will now occur to any reader to ask how big a threat can any being be if Hank’s just able to transport it into another dimension from which it can’t return? That’s a question Hernandez avoids answering, and it’s one that underpins the entire story.

New artist Vincenzo Cucca works in a very similar in style to how Charismagic has looked to date, all busy angular cartooning, so there’s a visual consistency with what’s gone before, and he’s more inclined to feature a background. However, he packs his panels too tightly when what’s being shown could use some space for the full effect.

This follows much the same pattern as volume one, with resolutely linear storytelling and not much in the way of surprises until the final chapter, when much changes, and not for the better. It’s a heavy slog getting there. A third volume of Charismagic concludes the series, but it’s only available digitally.