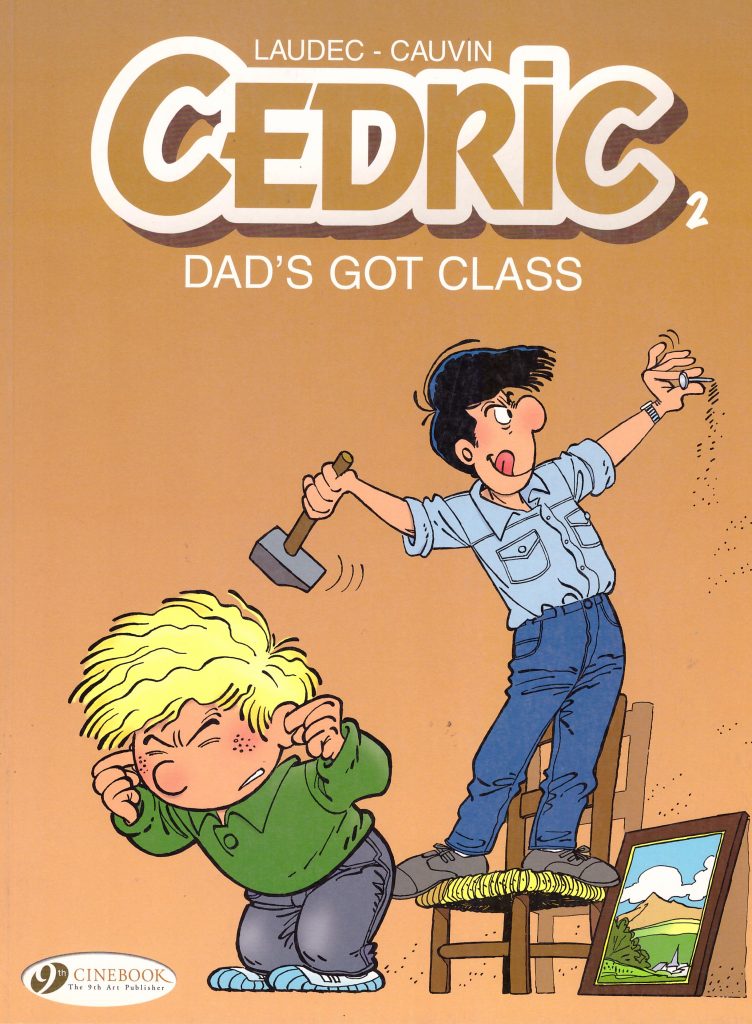 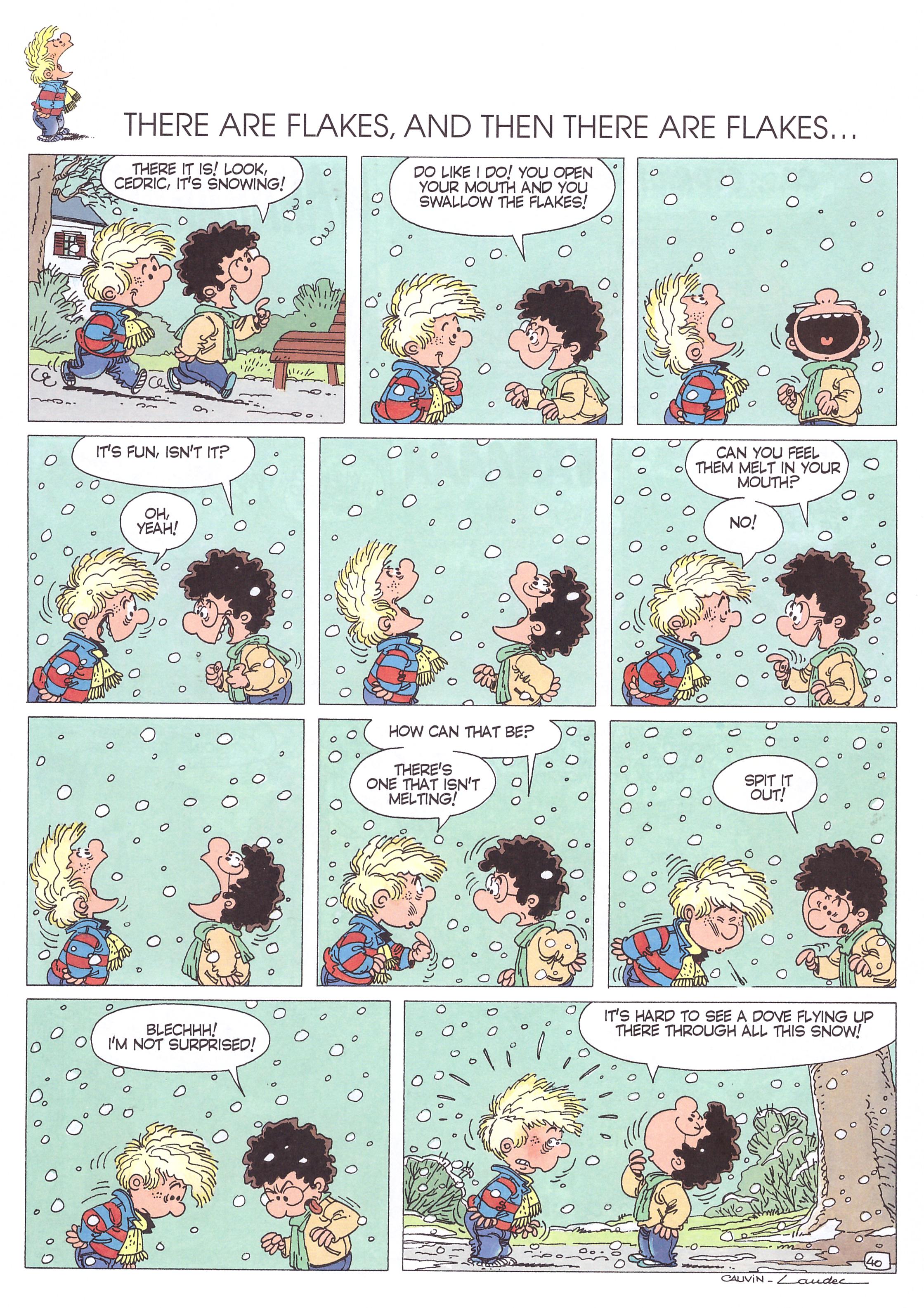 This second translated dose of Raoul Cauvin and Laudec’s domestic sitcom with a child’s view of the world at its centre is slightly more polarised than Cedric’s English language introduction High-Risk Class. Some strips only need a page, others extend to a maximum of five, and in some cases that’s too long.

Cauvin’s scripts, for the most part, settle in a middleground between something surprising in a children’s graphic novel to jokes that are predictable, flat and over-extended for the quality of the punchline. The sample page isn’t a joke you’d ever see in a British or American children’s strip, and so a genuine kick in the expectations, and toward the end a heart-tuggingly sentimental four pages distils domestic rows across the generations. It’s perfectly pitched, with Grandpa’s knowing reason contrasted with Cedric’s parents and Cedric’s own awkward fantasies about life with Chen. Other strips could be out-takes from Terry and June, such as the story related to the cover, a succession of mishaps for all concerned. The spectre of judgemental and reactionary 1980s sitcoms raises its head more than once, with an actually very good strip based on the shaky foundation of what’s delivered as the ridiculous notion of a man visiting a women’s hairdresser.

The consistency comes via Laudec, a superb cartoonist with a fabulous sense of expressionistic exaggeration, yet also supplying comfortingly cosy family depictions. These are attractively drawn people, an idealised cartoon cast, yet that traditional presentation can conceal some surprisingly subversive humour. Again, the sample page is a good example. Leonardo’s colouring is worth mentioning as adding to the desired mood, As these strips are from the early 1990s, it predates the computer colouring era, and it’s interesting to see how he frequently makes several different shades of the same colour work within a single panel. Cedric and his mother have blonde hair, and Grandpa is fond of yellow cardigans and jumpers, but Leonardo also uses a third different shade of yellow, on painted walls or a hot dog stand sign. Flying in the face of convention, it’s never too vivid either.

While the second Cinebook edition, Dad’s Got Class is actually the sixth French collection chronologically, but Cedric is still developing, with new ideas being introduced. Used several times in this collection, Cedric as a cub scout looks to be bedding in for the long term, but is rapidly dropped. However, Grandpa’s role looms ever larger, and Cauvin’s characterisation of his relationship with Cedric is delicately unfurled. To Cedric his grandfather is a source of curiosity, solace and honest advice, while also no pushover and portrayed in a largely dignified fashion despite the infirmities of age. It is a cosy, familiar relationship (as it should be), but Grandpa is the strip’s second wild card. Less satisfactory is the Vietnamese Chen still given dialogue with her ‘r’ and ‘l’ transposed for allegedly comic effect.

There’s a broad appeal to Cedric’s strips despite them taking almost twenty years to make it to English, and the series continues with What Got Into Him?