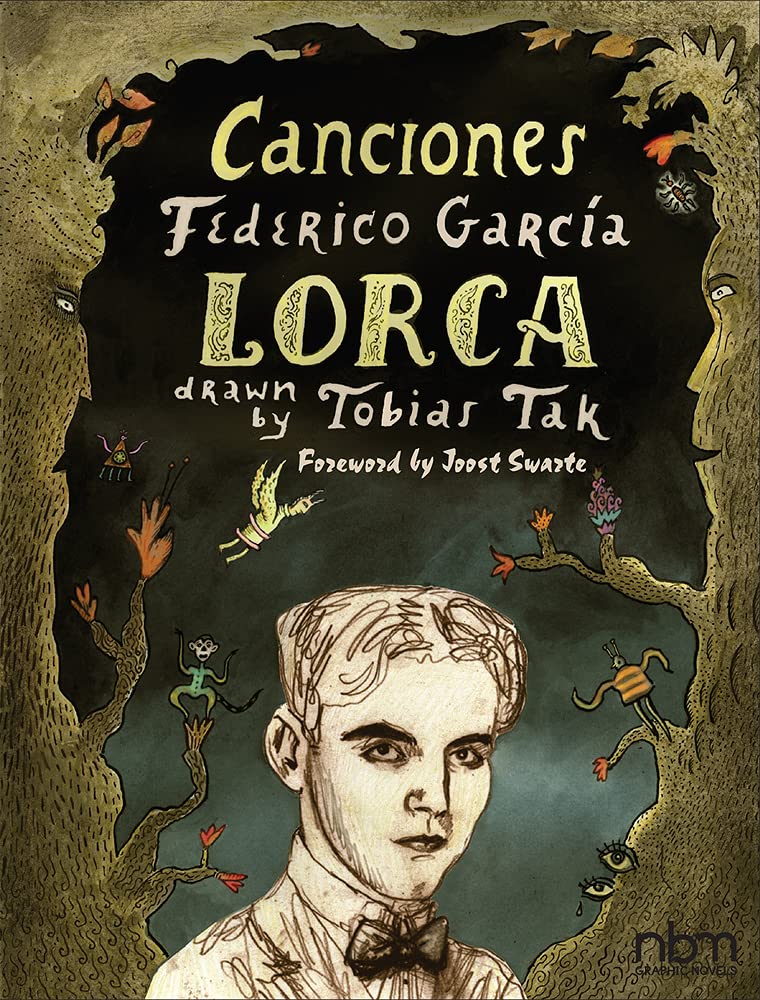 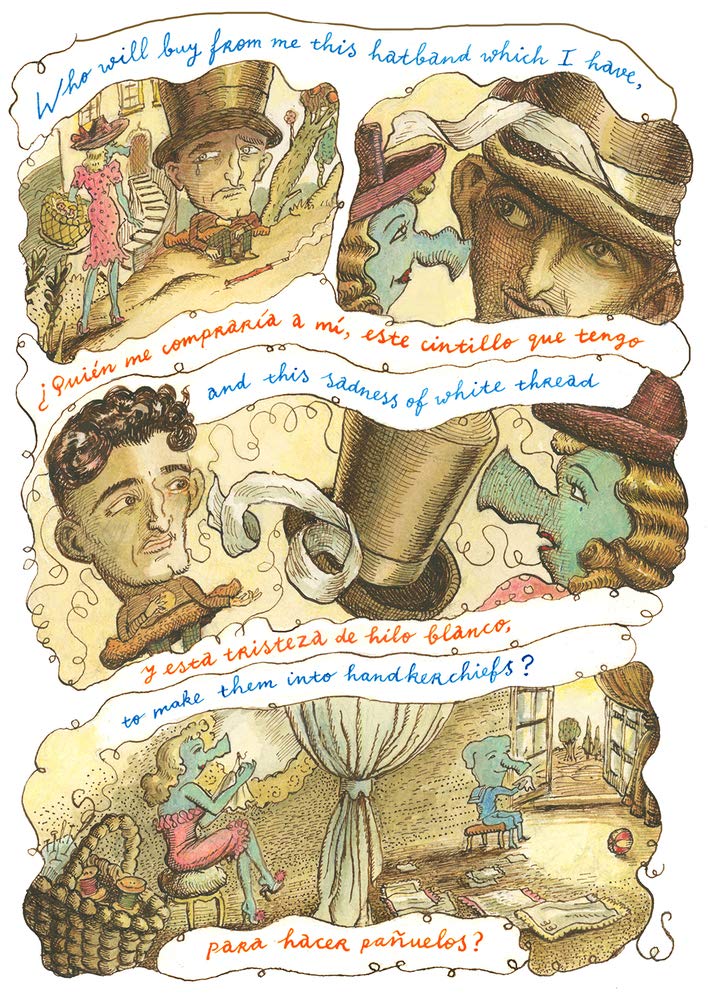 These days a seemingly infinite variety of subjects fit under the umbrella of modern graphic novels – everything from superheroes, sci fi and the supernatural to philosophy, journalism and education. Thanks to its global reach and outlook, NBM are at the forefront of this welcome revolution, bringing a range of visions to the English-speaking table that apparently daunt most mainstream publishers here and in America.

Canciones is a perfect case in point: a sequence of visual adaptations of one of the world’s most celebrated modern poets, brought to scintillating life by a renowned scholar and a multidisciplinary artist. The result is an utterly enticing treasure, and there’s not a single tragic supervillain in sight.

Federico García Lorca was born in 1898 and died in 1936, winning acclaim in Spain and across the world for his plays, music and poems during a life both dramatic and perilously brief. A strident socialist reformer, he was executed on the orders of fascist dictator General Franco, but his works and observations remain relevant and challenging to this day.

Here, Boston University-based official translator and Lorca expert Christopher Maurer offers crucial background in his introduction. Cartooning national treasure from the Netherlands Joost Swarte then ponders the cultural and creative similarities between the poet and his visual interpreter before the bilingual wonderment begins.

We also lost Tobias Eduard Tak far too early. The Dutch choreographer, dancer, singer, author and illustrator was born in January 1954 in Voorburg and studied at the Royal Academy of Fine Arts in the Hague. Graduating in the late 1970s, he moved to London and began contributing to comics publications across the world, as well as successfully pursuing stage creative disciplines. Delivered in Dutch and Spanish, Canciones was his last completed work. “Tobi” died in Amsterdam on January 7th 2020.

Lorca’s most popular work, Canciones is a collection of Andalusian folk songs and ballads, which lend themselves easily to Tak’s lifelong fascination with dream states and fairy tales.

With English replacing Dutch text on these vividly intoxicating pages, and the Spanish lines cunningly woven into the gently meandering designs, twenty fanciful moments of wistful rumination and longing are yours to share. Preceded by an enchanting ‘Preludio/Prelude’, ‘Song of November and April’, ‘The Deceiving Mirror’, ‘Conch!’, ‘It’s True’, ‘Fable’, ‘First Anniversary’ and ‘Second Anniversary’ carry us through a bizarre and beguiling voyage of discovery with fantastical creatures and characters tirelessly looking… but for what?

The search shifts to ploys of conquest as we learn what is said ‘In a Girl’s Ear’ and experience despondency from the ‘Song of the Barren Orange Tree’, after which the hunt for truth and contentment resumes in ‘Debussy’, ‘The Mute Boy’, ‘Schematic Nocturne’, ‘A Song Sung’, ‘Riverside Songs’ and ‘The Moon Comes Up’.

Temptation comes calling on ‘The Street of the Mute’, leading to painful introspection and fresh insights in ‘Foolish Song’, ‘Farewell’ and ‘Song of the Departing Day’ before we arrive at a deeply personal Mise en Abyme (just look it up: it’s never too late to learn things) in concluding ode ‘In Another Manner’.

Wild, near-hallucinogenic vistas and characters blend history with mythology to depict ephemeral situations and timeless moments in this evocative picture hymnal dedicated to the human condition. It’s a beautiful achievement and the ideal gift for the sensitive ones in your life.