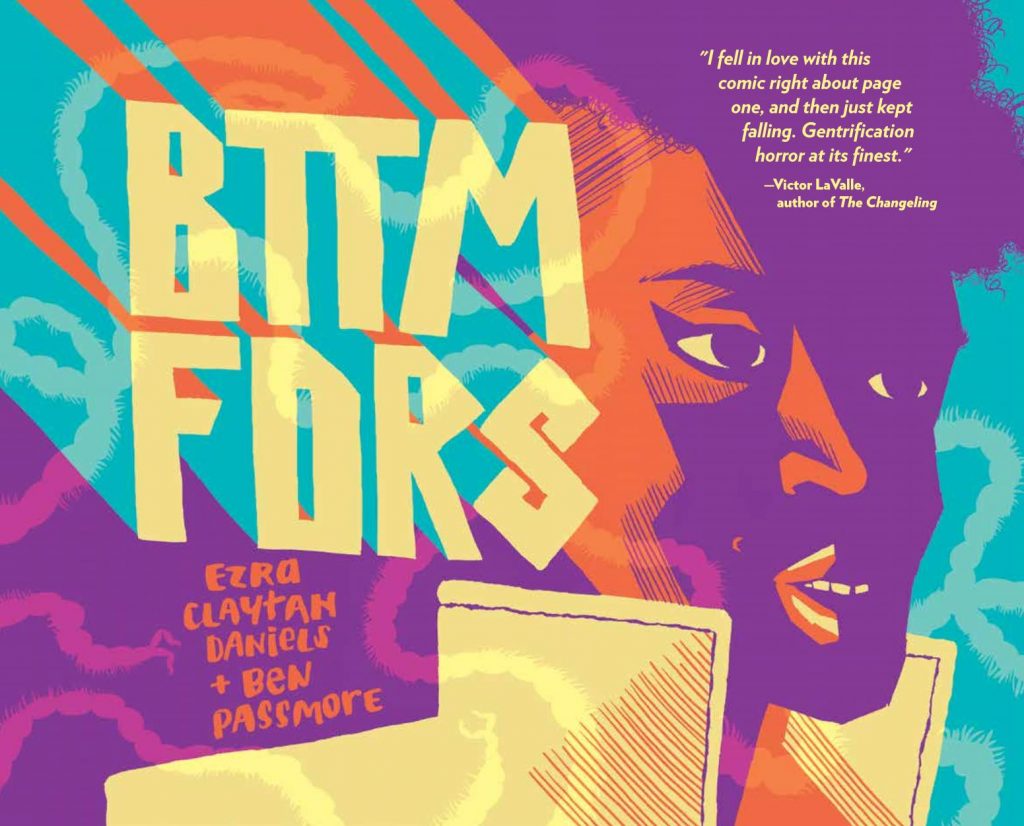 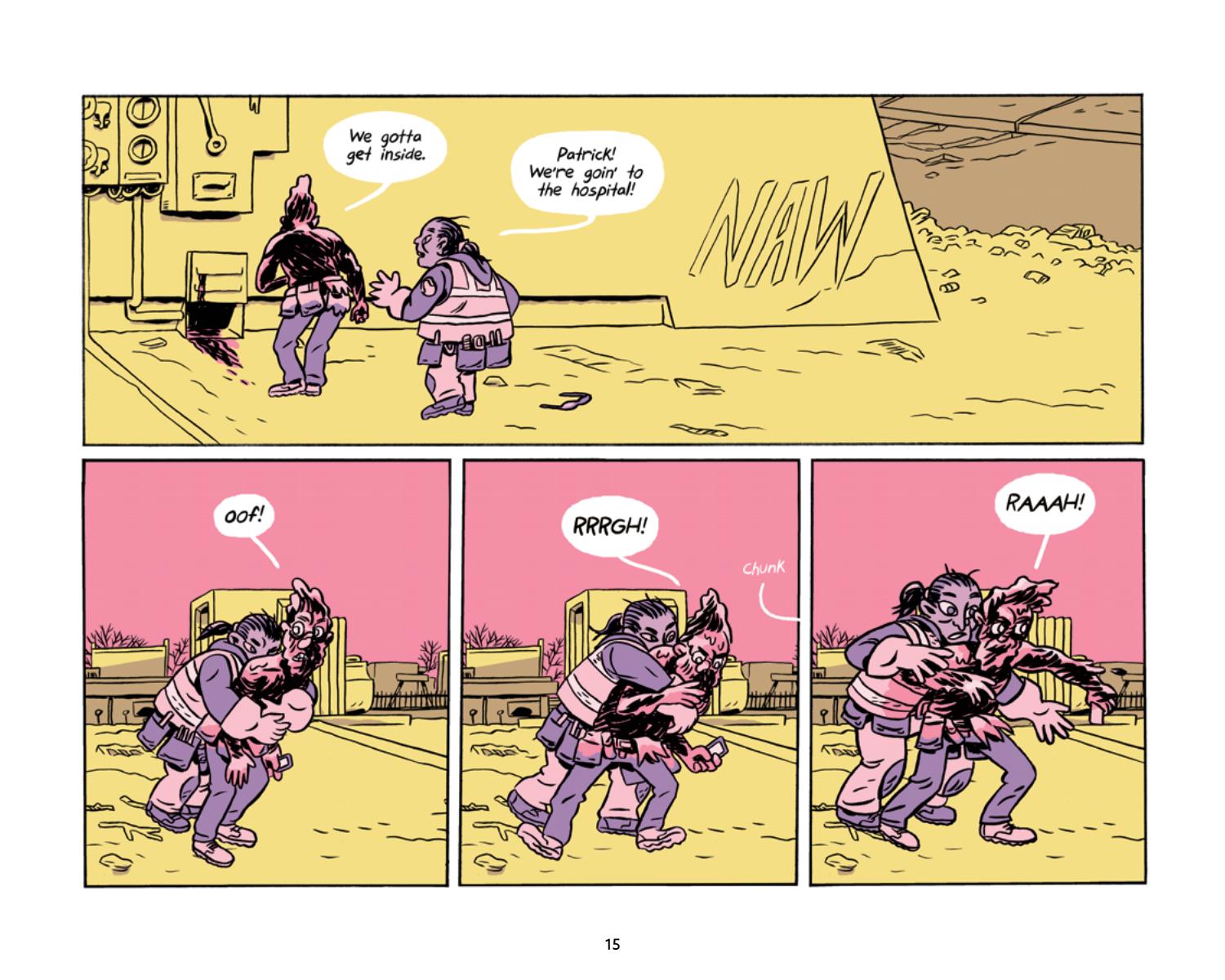 Right from the opening pages concerning a pair of electricians discovering something strange about the wiring outside a giant concrete monolith, Ezra Claytan Daniels and Ben Passmore set a horror film vibe going. It continues as Darla and Cynthia are seen moving into the building, catching shadowy glimpses of the eccentrics already in residence. We learn the Bottomyards is a deprived area, and that the landlord is deliberately targeting art students as potential residents in the hopes of gradually turning the area hip and so increasing the value of his investment. The strange windowless design of the building is explained away as 1970s architectural experimentation, but as the residents discover, that’s not the only experimentation about the building.

The spirit of experimentation also extends to the art. Passmore’s style is standard grungy cartooning, but his use of colour is puzzling. He employs great slabs of solid shades making it look as though his outlines are dropped into them, but there seems to be no sense in searching for any consistency beyond Darla’s room being that midway shade between yellow and brown. The ochre apart, everything else seems random. Where the colour really works well is with flashlight scenes, the minimised light picking out abstract colour highlights, and in the book’s final third when the horror is eventually revealed.

“God. This place is just so REAL. It’s probably the chillest bar in the city and NOBODY knows about it”. Just as the resident celebrity is attempting to force an image on the Bottomyards, so many of the cast are attempting to project their tawdry novelties as somehow cutting edge, justifying themselves as ironic when called out. Daniels has no shortage of venom aimed at hollow art school frauds, among which Darla comes across as one of few sympathetic characters. Any centred individual will reach a point where they’re just begging for whatever the hell it is that lurks in the building to start setting about a few of these cretins. That aspect of BTTM FDRS appeals, although like all else, it’s dragged out too far as Daniels has no sense of decompression. Neither is there any real focus. Themes of race, neighbourhood gentrification, and conspiracies keep circling, but none is explored in any depth. Bottomyards is constantly referred to as dangerous by white characters, and it’s insinuated the area has a largely black population, but no-one other than the cast is seen.

At 288 pages this landscape package has some weight, but it’s only past halfway that Daniels and Passmore’s focus settles on the horror, and we finally have the graphic novel we’ve been anticipating all along, the distractions forgotten. Passmore excels at surreal, nebulous squidgy creations and Daniels’ explanation of the sinister events is novel and interesting, as is his cynical epilogue sequence. There’s a lot to recommend about BTTM FDRS, but it would have been so much better for having been cut by a third and the having the themes refined as the creators are thrashing around as much as anything hidden in the basement.