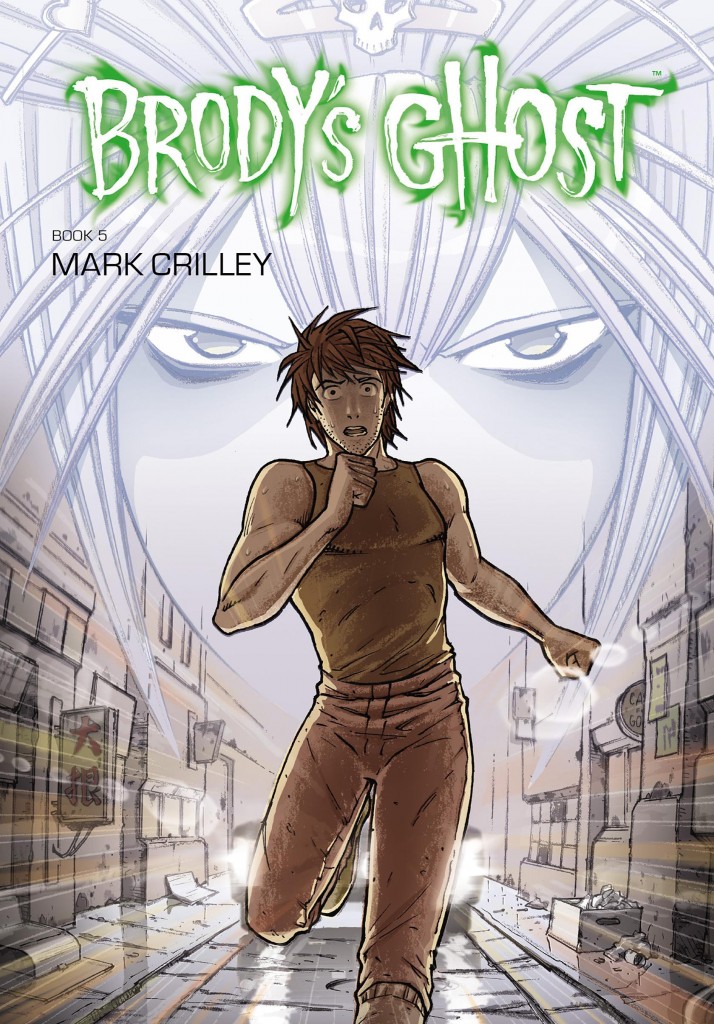 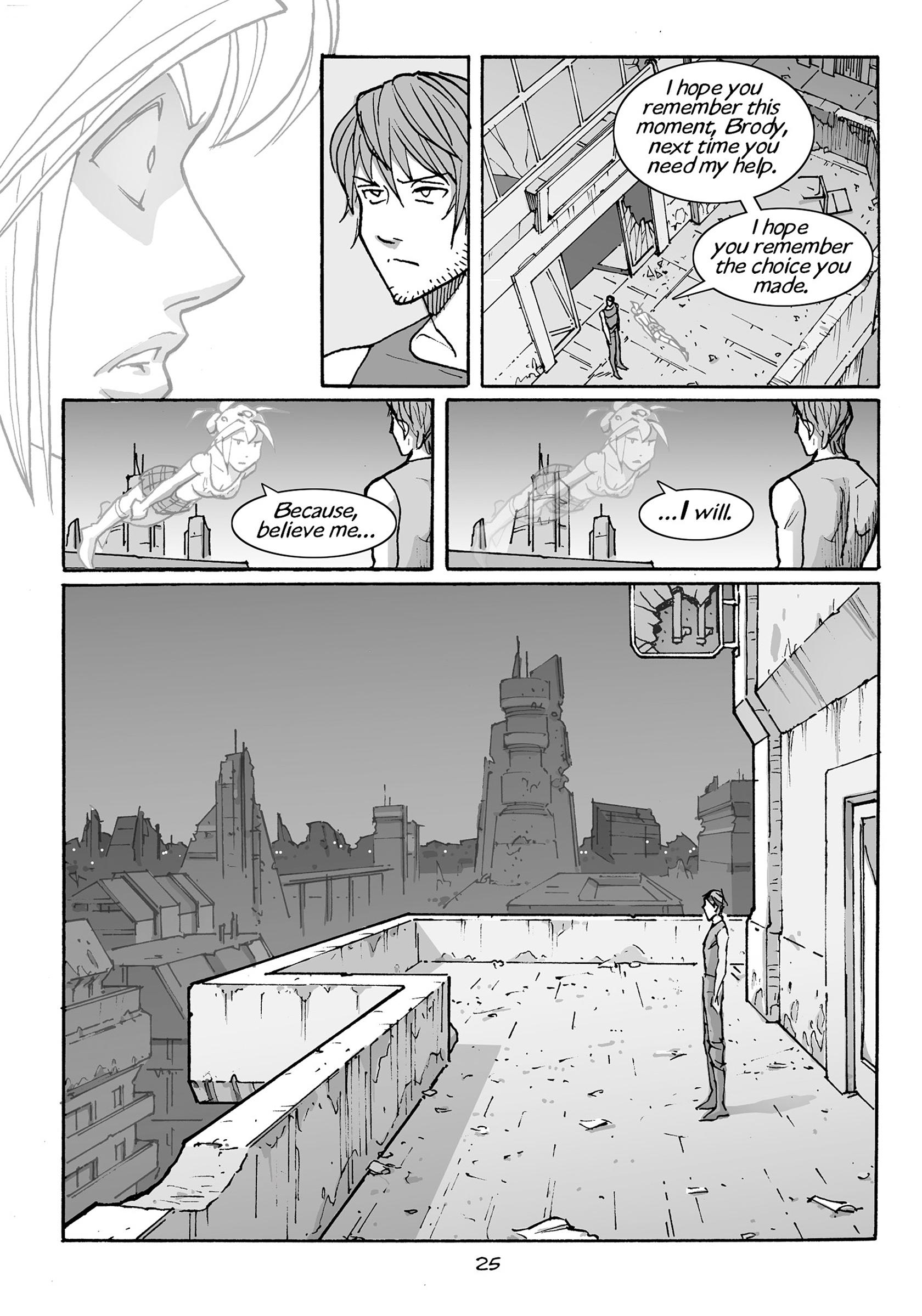 The two mid-section volumes of Brody’s Ghost have been marking time somewhat, but from the opening pages of Book 5 Mark Crilley ramps up the tension. Brody’s known his ex girlfriend is in danger, and the plot has been expertly twisted to ensure that he’s as poorly placed as possible to help her. He’s alienated friends, has the police looking for him, and it’s likely the local gangsters who control the police are also on his trail. Any public appearance drawing attention to himself isn’t going to go well for Brody.

Right from the beginning of the series Crilley set up a situation where the ghostly Talia can follow anyone, but has very little ability to influence them, and while Brody can communicate with her, he can’t follow her through walls. The conundrum at the start of this book appears to be how to combine their talents for the most positive outcome. Crilley sweeps that from the table with a conversation disclosing a powerful revelation that recontextualises some of what Brody’s previously been told. It all leads to what’s the best book since the series opener. Brody trusts his own instincts for once, and at no point does Crilley ever take the story anywhere near where it might be anticipated. Better still, Brody’s Ghost being set in the near future finally reveals a purpose. It’s not a major reason, but this book would be far weaker without it.

Every book to date has included Crilley’s sketches and notes on how he put story elements together, and it has a greater resonance here as there are scenes requiring some careful staging.

As with all serialised stories, any individual book isn’t going to have as much resonance in isolation, and while Crilley’s not exactly short-changed until now, it requires having read the entire story to date to get the most from a very good Book 5. Bring on the conclusion in Book 6. Alternatively just buy the entire story in The Collected Edition. 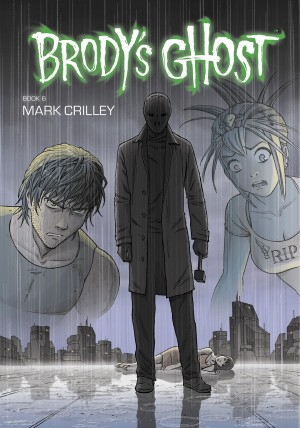